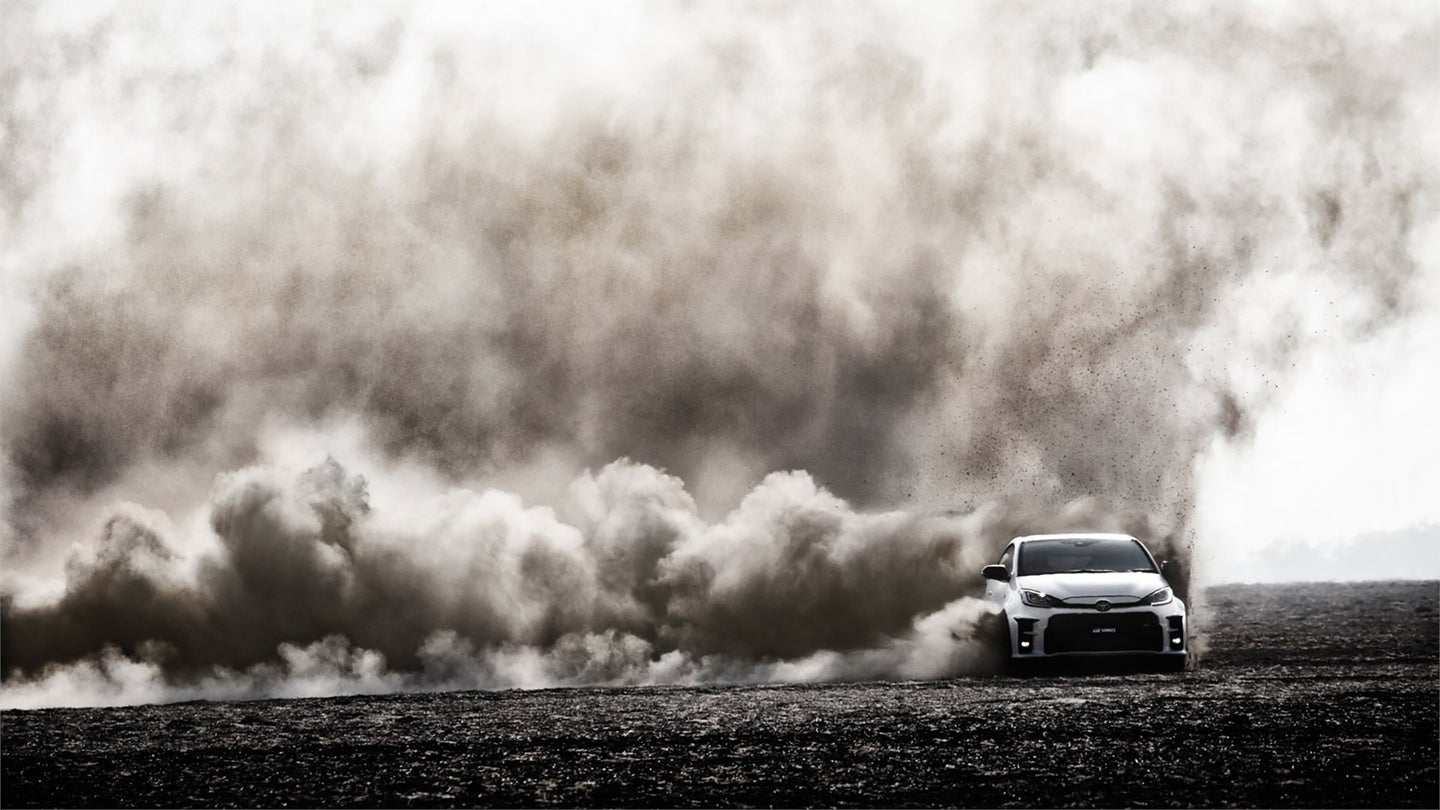 As much as American auto enthusiasts want the Toyota GR Yaris to come stateside, Toyota has made clear that the diminutive, homologation-special hatchback will, under no circumstances, be sold Stateside. Given this country's collective distaste for tiny cars, it's an understandable decision—one that still stings. But the pain Toyota giveth, it also taketh away, because on its twitter account Toyota hinted on Thursday that there may yet be a GR hot hatchback on the way—one potentially exclusive to America.

"While GR Yaris isn't hitting the states… perhaps it's time the U.S. got a hot hatch to call its own," reads the tweet, for those if you with social media blockers.

Toyota's Executive Vice President of Sales first alluded to this hot hatchback in February, though at the time, we believed Toyota's most probable "answer" to the model was some sort of performance CUV. Candidates then included a GR version of the next-gen C-HR and the newly announced 2021 Yaris Cross, which shares enough of its underpinnings with the Yaris that the GR variant's powertrain could—at least theoretically—be a shoe-in to the Yaris Cross.

But a couple of weeks back, an alternative entered the conversation in the form of an alleged caliente Corolla Hatchback, one sharing the 1.6-liter turbo-three with the GR Yaris, though in a milder 257-horse and 266-torque state of tune. Toyota's explicit reference to a "hot hatch" in its tweet lends credence to this rumor, which also suggested that the GR Corolla Hatchback could arrive as soon as 2022, and in the neighborhood of $30,000. It would come as a surprise, though, if such a car ended up being sold in America alone—it strikes us as the perfect rival to the 2020 Hyundai Veloster N and the 2021 Volkswagen Golf GTI.

May the hatchback clash begin, and may the best car win.