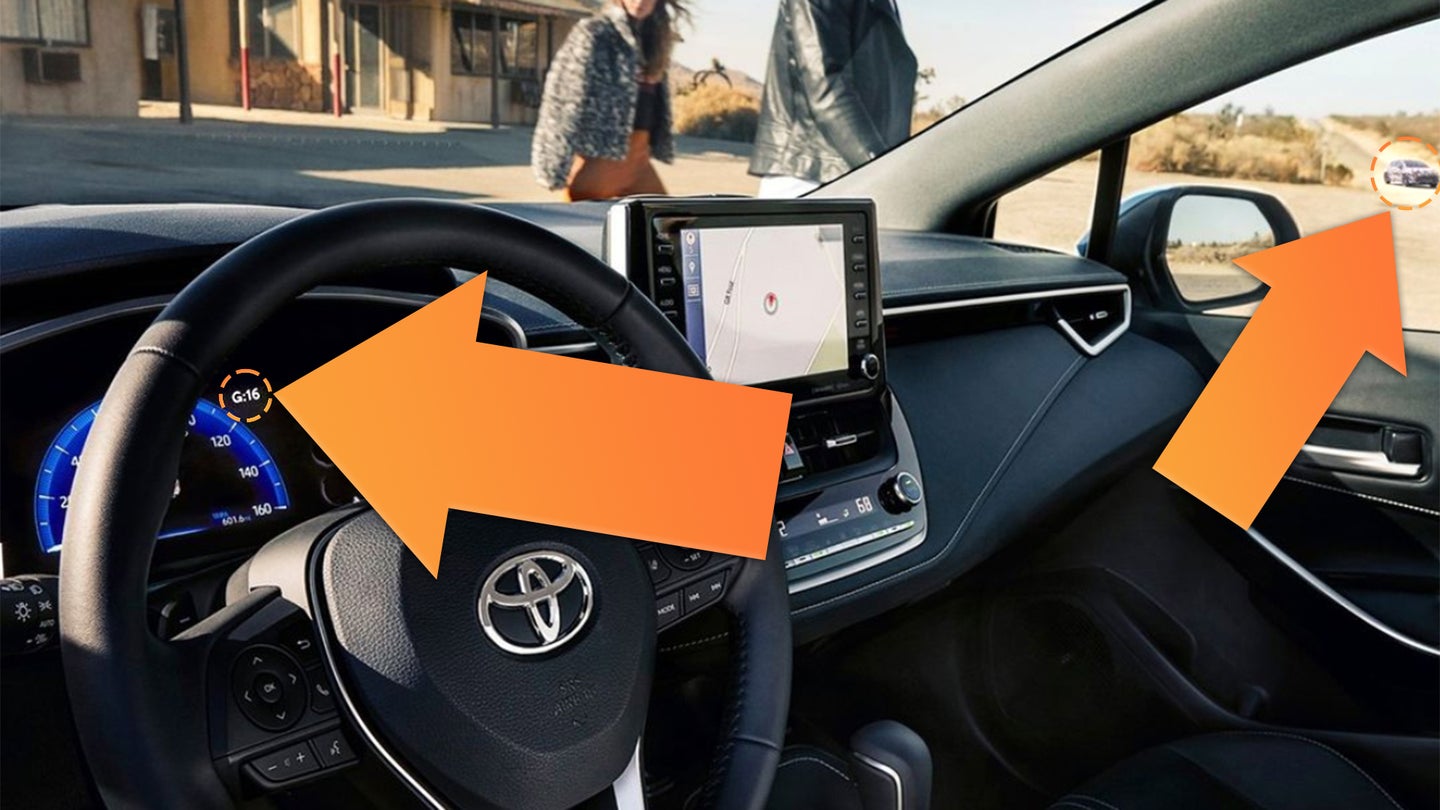 Toyota has been pining for years to bring back its "Three Brothers" lineup of sports cars. It seemed a given that the mid-engined MR2 was the front-running candidate to fill the third slot, as with the 86 filling the four-cylinder, front-engined coupe niche, there appeared to be no room for a Celica successor. We should've stopped to consider, though, that the long-rumored all-wheel-drive Corolla hot hatch could be its stand-in, which finally dawned on us after a recent teaser by Toyota implied it could be.

As first noted on GR Corolla Forum, Toyota shared a retouched photograph of the Corolla hatchback's interior a few weeks back on Instagram. The image hides multiple easter eggs that seem to allude to the forthcoming hot hatch, the first and foremost being the superimposition of a fuzzy Corolla in the top right of the picture. It's too small to pick out any details, save for maybe a gaping grille—the more telling parts were hidden in the car's instrument panel and dashboard.

These start with the car's gauge cluster clock, which has been altered to read "G:16." This seems to refer to the 1.6-liter G16E-GTS turbo-three in the GR Yaris, from which the caliente Corolla has long been rumored to get its engine. In that car, the lump makes 268 horsepower, which appears to be reflected in the climate settings, which show a two on one side and a 68 on the other—though the original photo says that too.

It's still entirely possible the final car could have more, possibly 296 horse if rumors from Japan are to be believed, but 268 seems a safe baseline to assume given prior, slightly more credible rumors. Those also indicated 273 pound-feet of torque, all-wheel drive, and a six-speed manual transmission. The second of these seems to be corroborated by tweaks to the navigation system's screen that forum users read as "GR Four," the name of the performance AWD system in the GR Yaris.

At the same time, that suggests what we've believed to be called the Corolla Sport GRMN could instead arrive as the Corolla GR-Four, potentially referencing the Celica GT-Four. If you remember, that car was the subject of one of the most interesting cases of cheating in motorsport in history. (Then again, it might be better to shorten it to GR4 so people can find it on Google.)

As for that six-speed manual, it remains uncertain, as the pictured interior features an automatic shifter, not a manual. Either Toyota didn't bother 'shopping PRNDL out, or there'll be an automatic version, and perhaps not a manual at all. Given that the stock manual seems to hold up to 472 horsepower, it's not like it'd be burdened by the Corolla's extra mass at stock power levels, so that's not the issue. If there's any reason for Toyota to leave it out, it's for the same reason there isn't one in the Supra: Toyota isn't confident people would buy enough to recoup development costs.

At the same time, though, if the Corolla hot hatch did finally debut a performance automatic transaxle, it'd be a thing to celebrate, as it'd address the Achilles Heel of the Camry TRD. Yes, even if that meant an automatic Corolla filling in for the MR2 as the third member of Toyota's Three Brothers. A faithful GT-Four successor, after all, is far better than the nothing we've had so far.