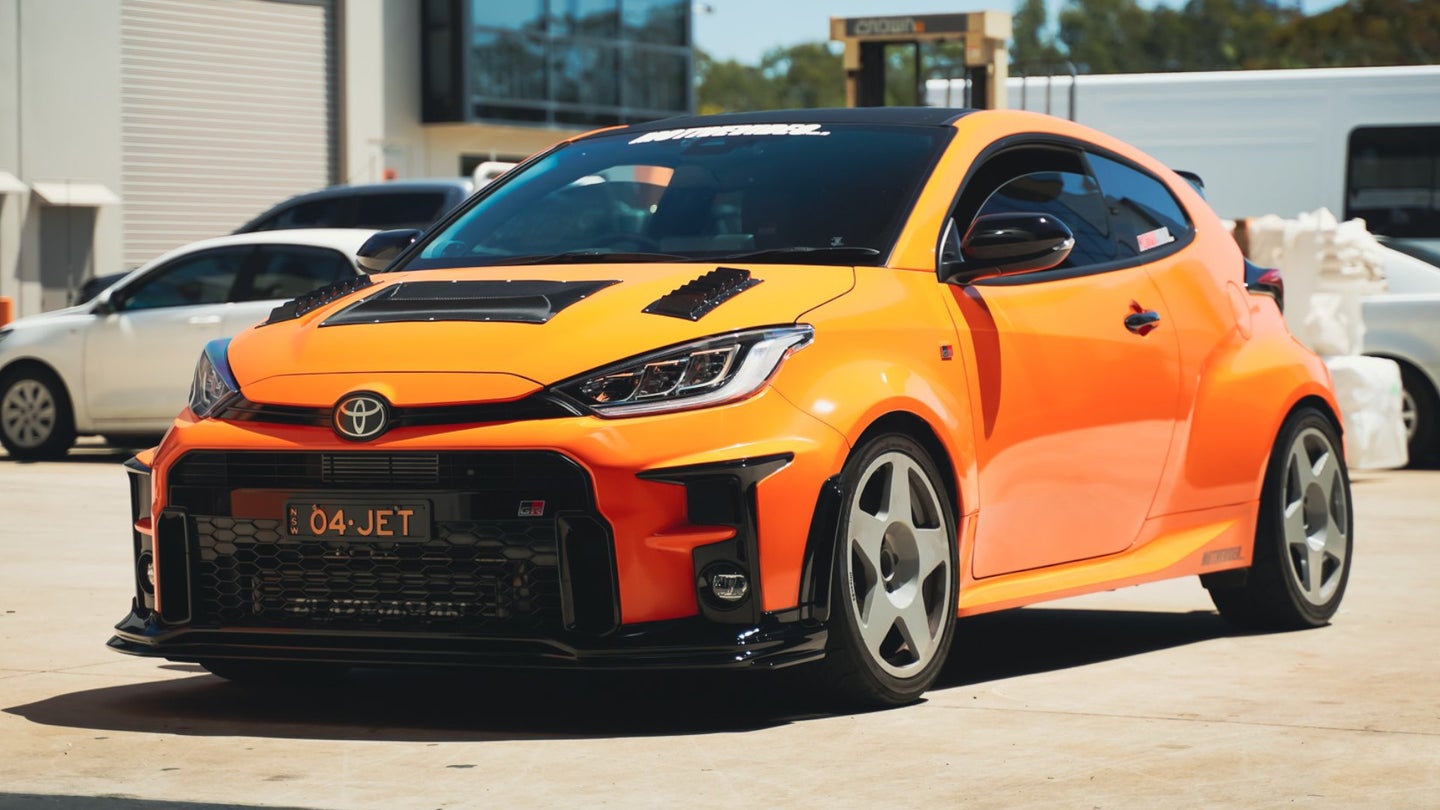 The 2JZ engine, most famously employed in the fourth-generation Toyota Supra, gained its legendary reputation for the huge power numbers it could achieve in near-stock form. It seems the G16E-GTS engine from the Toyota GR Yaris could follow a similar path. Powertune Australia have just reported achieving a ridiculous output from the diminutive 3-cylinder.

On the dyno, the GR Yaris delivered a huge 472 horsepower at the hubs running 36 psi of boost. Shockingly, the engine itself has only had its valve springs upgraded, with the motor left unopened and the internals untouched. Helping achieve the feat is a new exhaust, bigger turbo and intercooler, and a fuel system capable of delivering buckets of E85 from a custom surge tank setup.

Impressively, the tiny 1.6 liter, 3 cylinder engine has been holding together well despite the huge boost now flowing through the motor. Despite putting out a massive 368 lb-ft of torque, few issues have been found.  Coolant pressure and oil pressure have been stable, with no bubbling seen in the coolant, suggesting the head isn't lifting despite 36 psi of boost being pumped into the motor.

Similarly, there haven't been any issues with misfiring or knock; the latter helped due to the use of E85 fuel. The driveline has also held up under the pressure of multiple hard drag launches thus far, boding well for the future.

The car belongs to Andrew Hawkins from Motive Video, who has been tuning the hot Yaris for some time. The car already achieved a 11.723 quarter-mile pass at 122 mph with just 362 horsepower. The expectation is that the new power level should allow for a 10 second pass in excess of 130 mph.

If the car does achieve those goals in its current configuration, the next step is setting it up for a tilt at circuit racing for World Time Attack. That may necessitate a redesigned turbo setup for more drivability out of corners with the tradeoff of a lower peak power level.

Hawkins has been calling the build the "most powerful" and "quickest" GR Yaris in the world. With few other projects pushing as hard for more power, and limited documentation on those that are, it's a claim he feels comfortable to make. It might also just draw some other tuners out of the wood work.

Even in stock form, the GR Yaris is a barrel of fun, as we discussed in our review earlier this year. The fact that it's proving to be a solid tuner platform only makes it better. Expect more tuners to jump on the bandwagon in time; Hawkins himself is hoping for some friendly competition.