No one was hurt, but she narrowly avoided hitting several pedestrians. 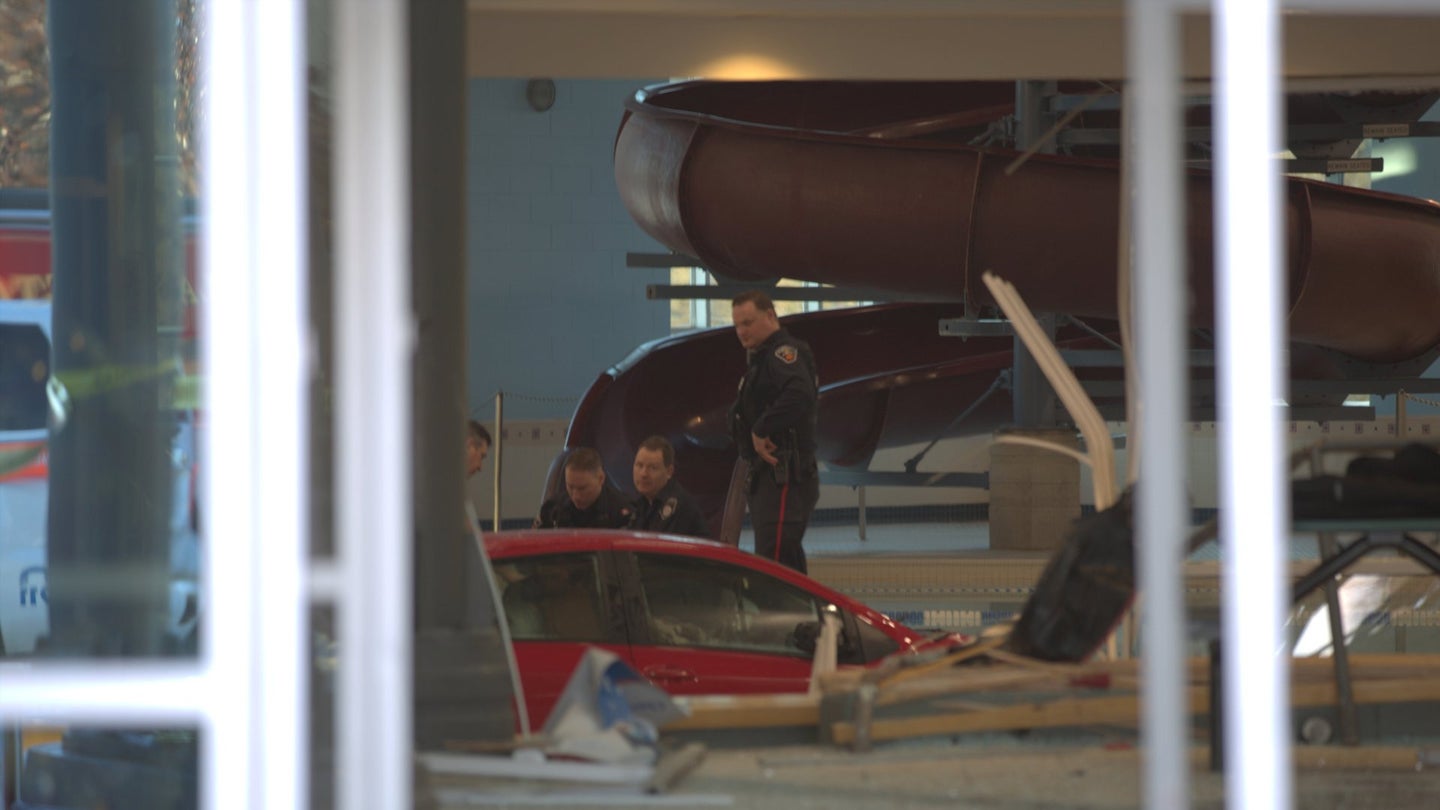 A 36-year-old woman from Ontario has been arrested and charged after emergency crews removed her Toyota Yaris from a community pool last Friday. Police just released video footage of the incident which shows the woman driving the car through the inside of a building and causing a significant amount of damage.

Cameras at the Courtice Community Centre Pool captured the moment when the driver went on an ill-intentioned joy ride. The vehicle swiftly threaded-the-needle to avoid the pedestrian barriers in front of the lobby doors, and she then continued to gain momentum while narrowly missing an individual who was about to enter the building. Though only several seconds long, the last half of the clip shows the Yaris actually causing the damage; successfully smashing through the glass doors and sending debris flying across the lobby.

The incident itself was over fairly quickly, leaving it up to anyone's guess what happened next off-camera. Ultimately, the car ended up submerged in a children's pool and emergency crews had to remove the woman from the vehicle when they arrived on site.

Despite having footage of the incident, police are still searching for individuals who actually witnessed the carnage taking place. Ultimately, the woman received three charges for the incident:

"Thankfully there was nobody around at the time and nobody was hurt," Dave Selby, a community spokesperson for Durham Regional Police, told CBC Toronto.

Police go on to state that they believe that the incident was "mental health-related" and have apprehended the suspect under Canada's Mental Health Act.