A six-speed manual could be on the way in 2022 if rumors come to fruition. 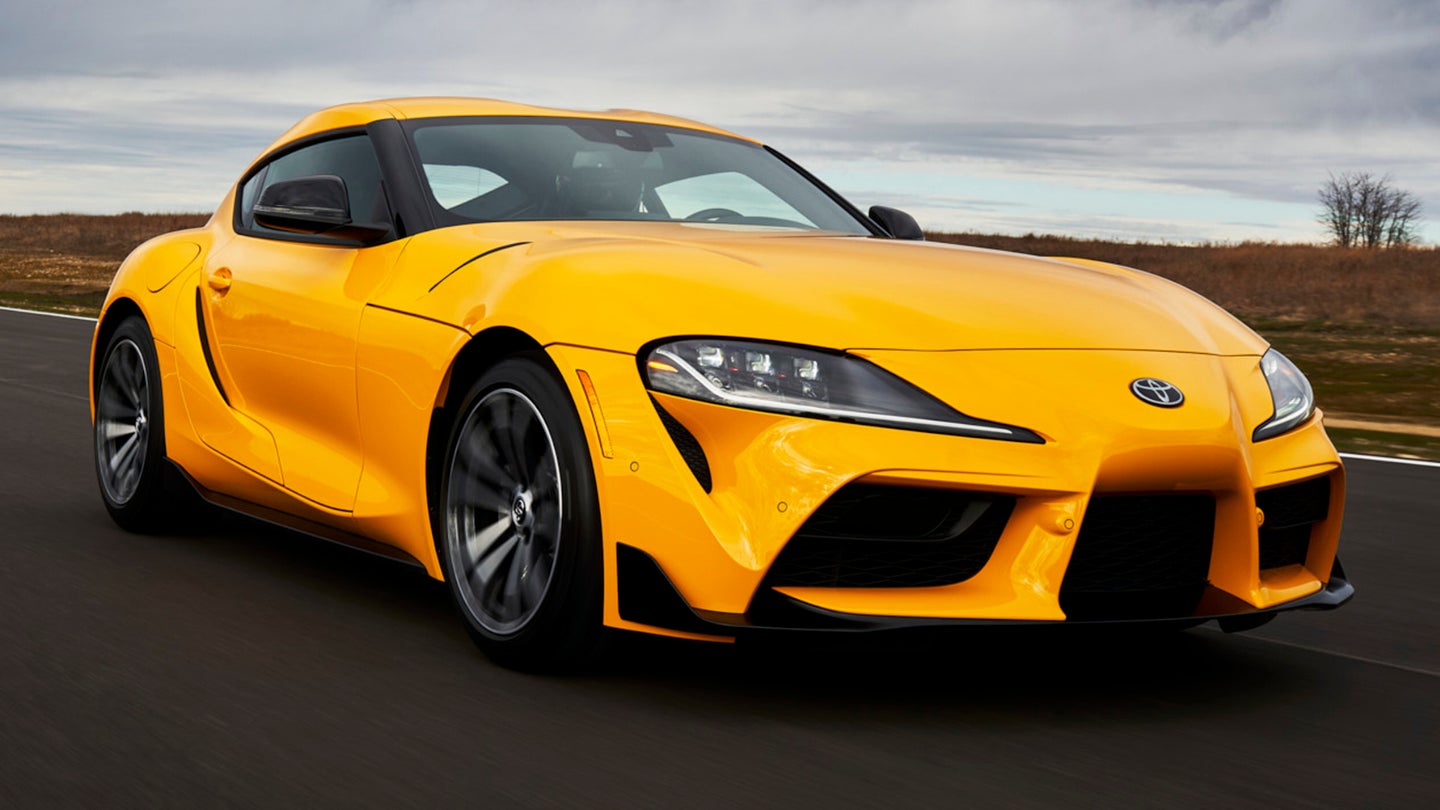 The new Toyota Supra drew the ire of enthusiasts for two primary reasons. One, it was too much of a BMW underneath, and two, it didn't have a manual. New rumors suggest the latter could be about to change, however, with Japanese outlet Car Sensor reporting that a three-pedal Supra could be coming as soon as 2022.

Reportedly, the Supra would get a six-speed manual paired with its 3.0-liter turbocharged straight six, which develops 382 horsepower and 368 lb-ft of torque. According to the Japanese outlet, the initial plan was to deliver a manual with the four-cylinder engine, however the decision was then made to offer it for the bigger engine instead.

It's not the first news we've heard of the A90 Toyota Supra getting a manual transmission, either. Back in 2018, assistant chief engineer Masayuki Kai noted that a manual transmission was possible, dependent on the business case for such a model. At the time, Kai told Car Advice that "There is hardware ready," adding that "...depending on feedback from the market, we will decide if we should introduce a manual transmission."

That's not all, though. Car Sensor also reports that a hotter GRMN Supra is coming down the line in 2023. The limited edition could sport the BMW M3's S58 engine under the hood based on earlier reports, with the twin-turbo straight-six good for 510 horsepower. Upgraded suspension and brakes would be a likely inclusion for such a halo model, too. There's no news on whether this version would ship with a manual or an auto box, though.

Other exciting rumors from Car Sensor are that the GR Corolla will be on the way in 2022 with a 295 horsepower version of the 3-cylinder used in the Toyota GR Yaris. Given that the G16E-GTS engine is capable of putting out over 470 horsepower with minimal modifications, it's certainly a believable power figure. Car Sensor purports that an upgraded, crazier GRMN Yaris could be on the way with similar power numbers, too.

The rumors should be taken with a grain of salt, of course, but who among us doesn't want to believe? Revving up a big turbo six and dumping the clutch is a key part of the original Toyota Supra experience, so it would be only fitting that the manual transmission came back. Here's hoping for the tire shredders and the three-pedal purists that Toyota delivers the Supra they wanted all along.