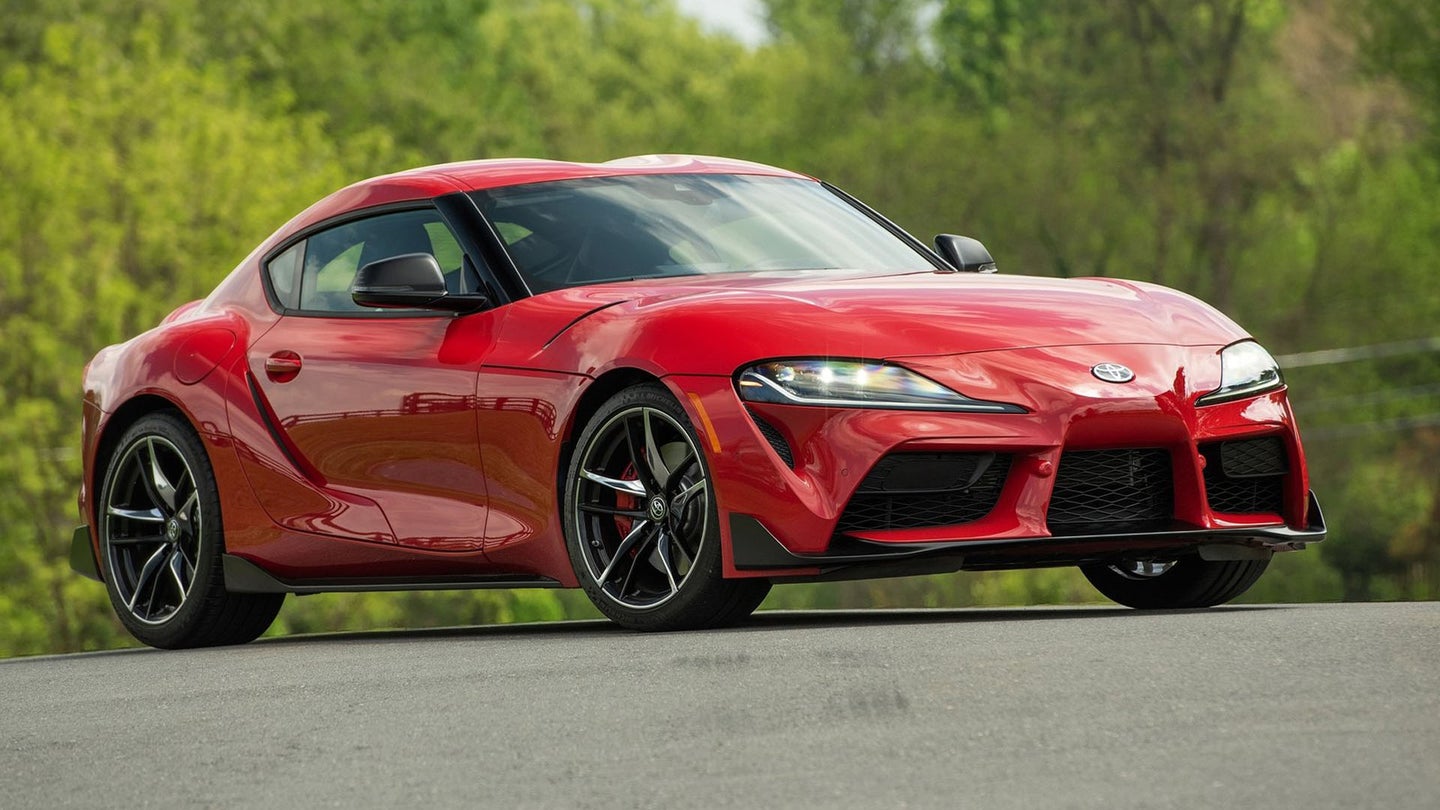 The most common gripe with the fifth-generation Supra is not a lack of power, but the lack of a manual transmission. It's a bit odd, but I suppose still welcome, that our second-place prayers for an even faster Supra may soon be answered. The Japanese-language publication Best Car Web reports (first flagged by Motor1) that the long-rumored Toyota Supra GRMN will receive the new M3's twin-turbo S58 six-cylinder, good for 510 horsepower.

First thing's first—yes, you should take this potential update with a grain of salt, because like any anonymously sourced report it could turn out to be bogus. But Best Car Web has been a consistent source of reports on the Supra GRMN, and other calls it's made like the next-generation Toyota Land Cruiser dropping the V8 have turned out to be true in our own reporting.

The S58 can currently be found in BMW's X3M and X4M where it produces between 473 and 503 horsepower, however the engine is expected to get a bump in power when installed in the Competition Package spec of the German brand's classic M3 and M4 cars when they launch later this year. At 510 horsepower, this version of the S58 should theoretically be the most powerful. It's also the one reportedly going in the new Supra GRMN.

As far as the transmission options go, it's reported that BMW's 7-speed DCT is going to be the only option. Supposedly it was tough talking BMW into handing over their twin-clutch automatic, however, it eventually agreed. Why Toyota is going with another automatic despite the enthusiast's community clamoring for a manual, we aren't sure.

It's especially unusual Toyota didn't go with a stick considering a.) the M3 and M4 will offer one and b.) supposedly it's only going to make 200 of these hotter Supras. If you're going to make just 200 special edition cars to sell for what we're assuming is going to be a very high premium, why not—you know what? There's no winning on this manual transmission issue, apparently. We should all just move on.

Another strange fact is that—as we all know—the Supra and the Z4 are pretty much the same cars, convertible roof and suspension tuning aside. Despite this, the Z4 will not be getting the S58 treatment. So no, there's apparently not going to be another Z4M.

Best Car Web also tells us there will be no new Supra after production ends for the current generation in 2025. So if you like the new Supra, the good 'ol days are now. Get one while you can.