Can the 2020 Toyota Supra Really Take Down the BMW M2 Competition?

Two similar cars, but only one can take the cake. 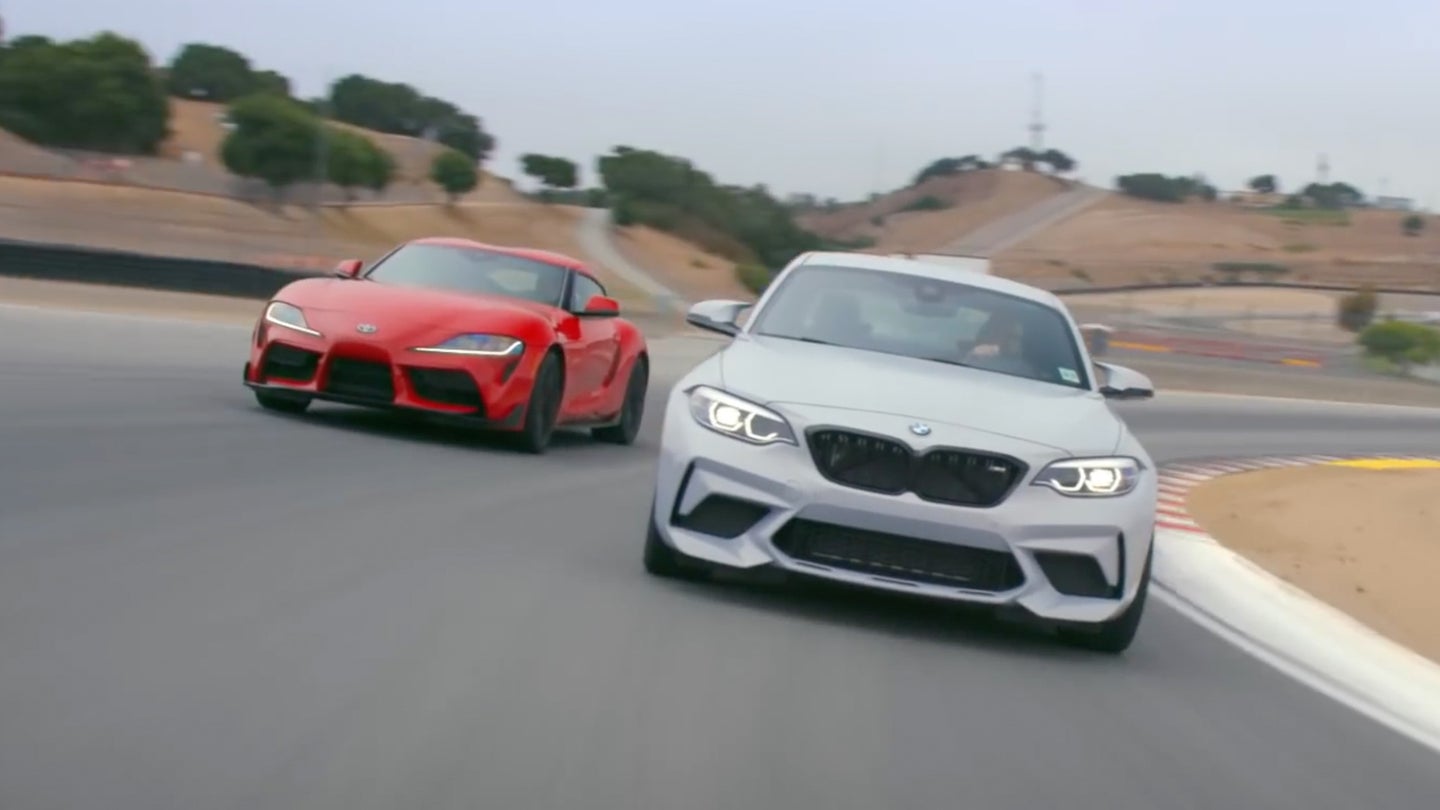 Since the 2020 Toyota Supra's reveal, keyboard warriors have been out in full force either defending or condemning the iconic two-door sports car—which is now built by BMW. The thing is, most have never driven one, let alone tracked one, making it particularly difficult to trust whatever angry commenter is spouting off on social media on any given day. So what does an experienced racing driver like Randy Pobst have to say about the 'Yota when pitted against the fan-adored BMW M2 Competition?

Essentially, it’s a battle between a car that Bavaria built and...a car that Bavaria built. As we all know by now, the new Supra is made on the same factory line as the BMW Z4 and uses many of the same parts as the Bimmer. It’s easy to get hung up on that fact, but credit goes to Toyota for the final tuning and setup of the car which, by most accounts, is quite good.

The M2, on the other hand, is a more familiar beast, having been on sale for a few years now. The car in the video is a Competition model, which means it gets the turbocharged 3.0-liter inline-six that also moves the M3, along with upgraded brakes, aluminum axles, and carbon fiber bracing. On paper, the BMW’s 405 horsepower shames the Toyota’s 335, but specs don’t always tell the whole story.

Pobst lapped both cars at Laguna Seca, and the two are so remarkably closely matched that it'd be hard telling them apart without labels on the screen. Both appear to carry the same level of speed entering and exiting corners, and the cars even sound similar. Despite being dwarfed on paper, the Supra ekes out a slightly faster lap time, landing at 1:40.57 to the BMW’s 1:40.83. Hosts Johnny Lieberman and Jethro Bovingdon note that the Toyota left them wanting more on the road, but the track results don’t lie.

The Supra is one quick car, but if you can’t live with having the famous blue and white roundel adorning almost every part of your car, the M2 Competition is certainly no slouch.