The sensors use vibrations in machines to fix small problems before they become big ones. 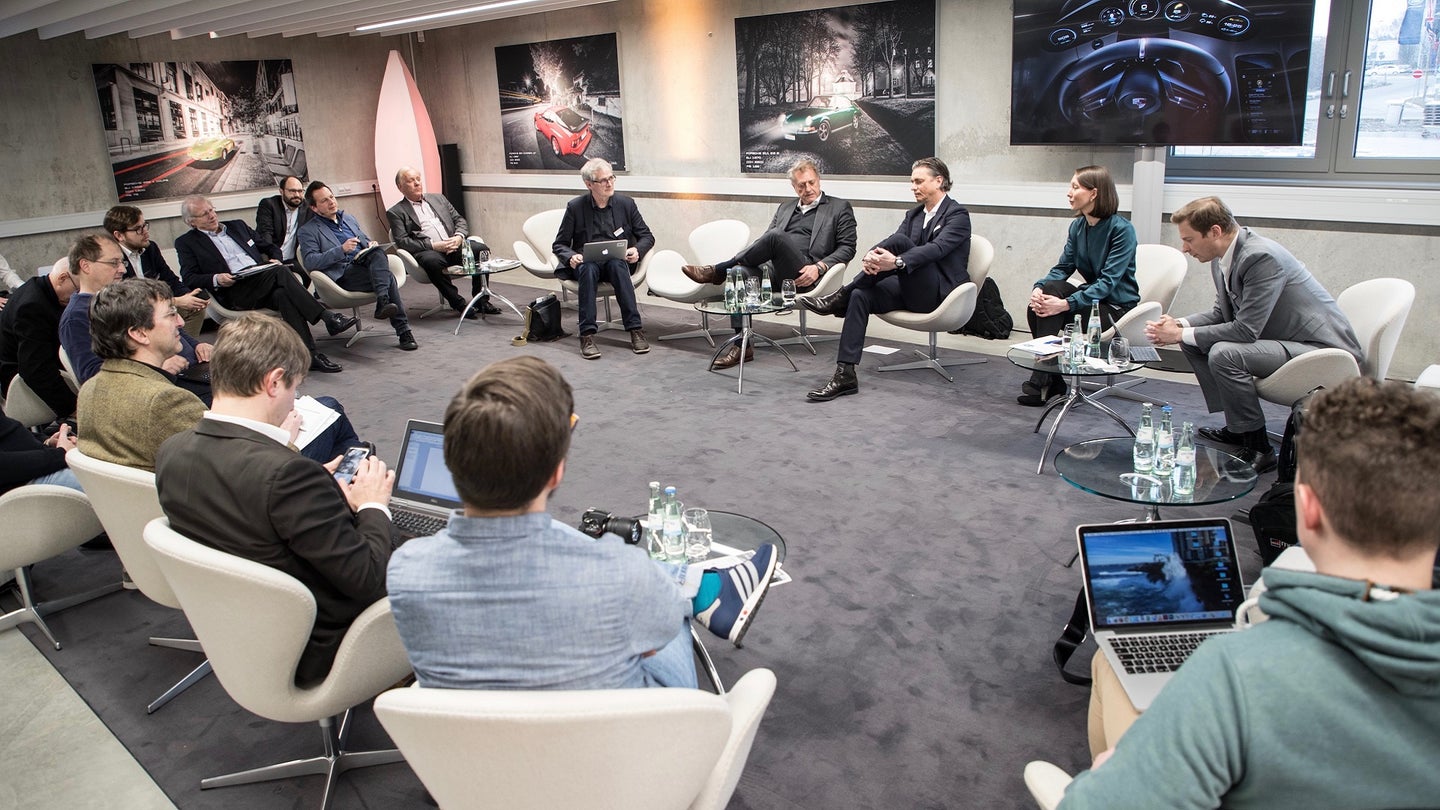 Porsche is undoubtedly one of the most high-tech car companies out there. The Stuttgart brand has got tech hubs worldwide that serve as incubators for start-ups at the cutting edge. This latest development is really taking things a step further. According to Porsche, it's developed an artificial intelligence platform that recognizes noises and vibrations to determine potential problems in production equipment.

This latest development stems from a collaboration with the start-up iNDTact and the Porsche Design Lab in Berlin. The system recognizes problems through anomalies in vibrations and reports them. Porsche says that vibrations in each vehicle are as unique as a human fingerprint, which allows the system to detect even the smallest change in the frequency and interpret that as a potential threat.

Someday, this technology could be used to cars to detect parts going bad before something drastic happens. Soon the paranoid owner will have to shift from, “Do you hear that little rattle noise?” to “Do you feel that change in frequency?”

Porsche is calling it an artificial neural network known as Production 4.0. It’s part of the manufacturer's wider Industry 4.0 program. It will involve servicing machines proactively in order to minimize their downtime. Think of it as the pinnacle of efficiency when it comes to preventative maintenance. Rather than performing maintenance functions at set intervals, or waiting until something blows up, this artificial intelligence could sense problems in easy-to-fix minor components.

It’s just another part of what makes Porsche so efficient, so mechanical, so … German.