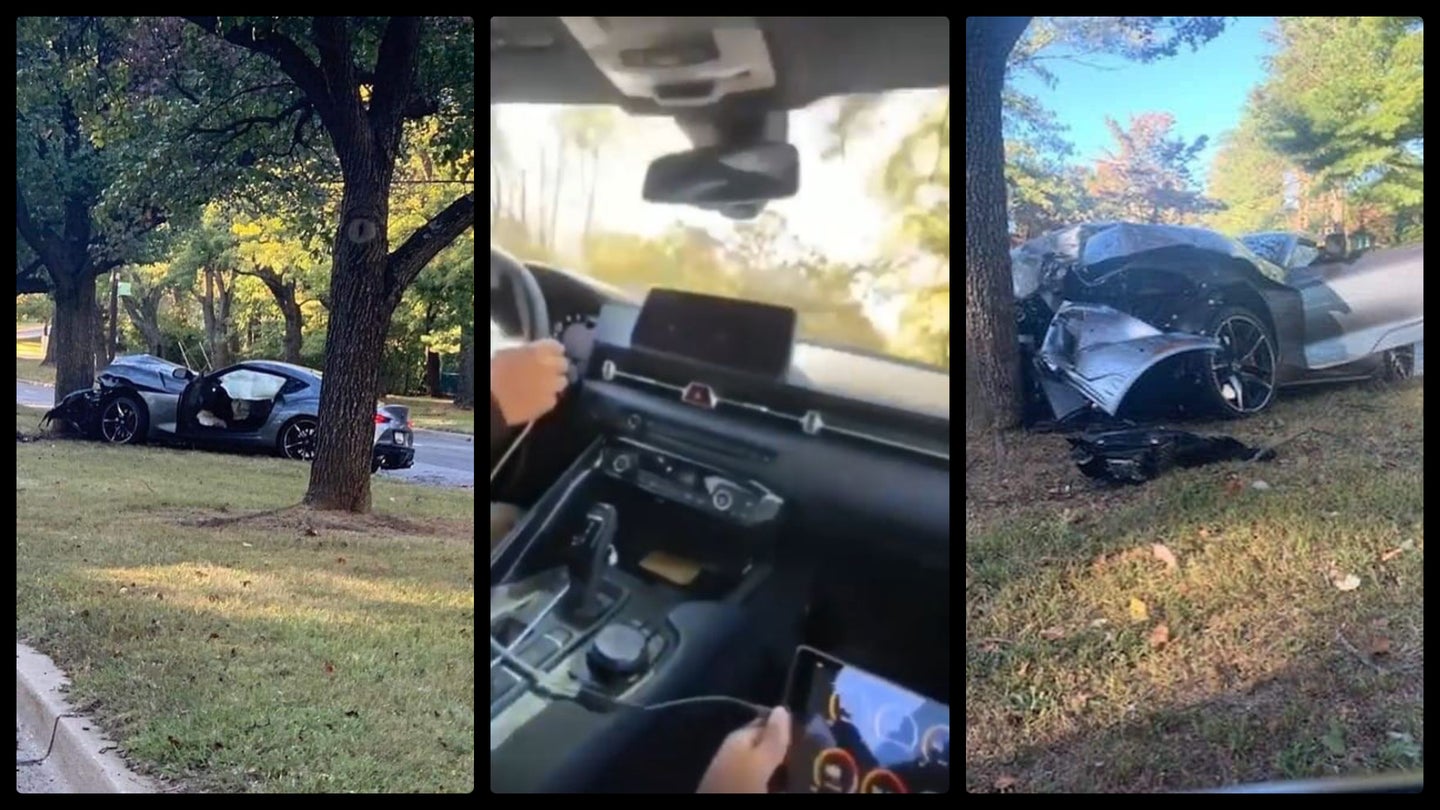 Earlier today, we reported on the first wrecked 2020 Toyota Supra to show up at a salvage auction. Its auction listing didn't provide much background into how the Supra got to its current state, but we've now unearthed video footage that paints a much clearer picture of what happened.

Found on Facebook is footage taken by the car's alleged final passenger, showing the presumed owner losing control of the sports car and careening straight into a tree. Judging by the performance monitoring device in the passenger's hand, it appears the pair were in the process of "tuning" the MkV Supra.

"Out here tune’n my mk5 *fire emoji* y’all ain’t ready...." the alleged owner reportedly posted to Facebook. It turns out it was himself who, in fact, was not ready. The 10-second clip contains NSFW language so you might want to put on your headphones.

Here's a clearer image of the aftermath lifted from the IAAI salvage auction listing.

Powered by a BMW-sourced, 3.0-liter turbocharged straight-six, the 2020 Toyota Supra officially produces 335 horsepower and 365 pound-feet of torque all going to the rear wheels. Independent dyno runs have revealed the car to make significantly more than that, but it's unclear how much more grunt this particular Supra's "tune" added. As someone who's had the fortune of flogging one on a track, I'm not quite sure what the driver was doing to trigger such a wild reaction at relatively mild speed.

In any case, if you happen to be a Supra owner in need of a spare rear bumper finished in Turbulence Gray, there's a salvage car in Maryland with your name on it.