The Russian's Formula 1 career comes to what looks like its end. 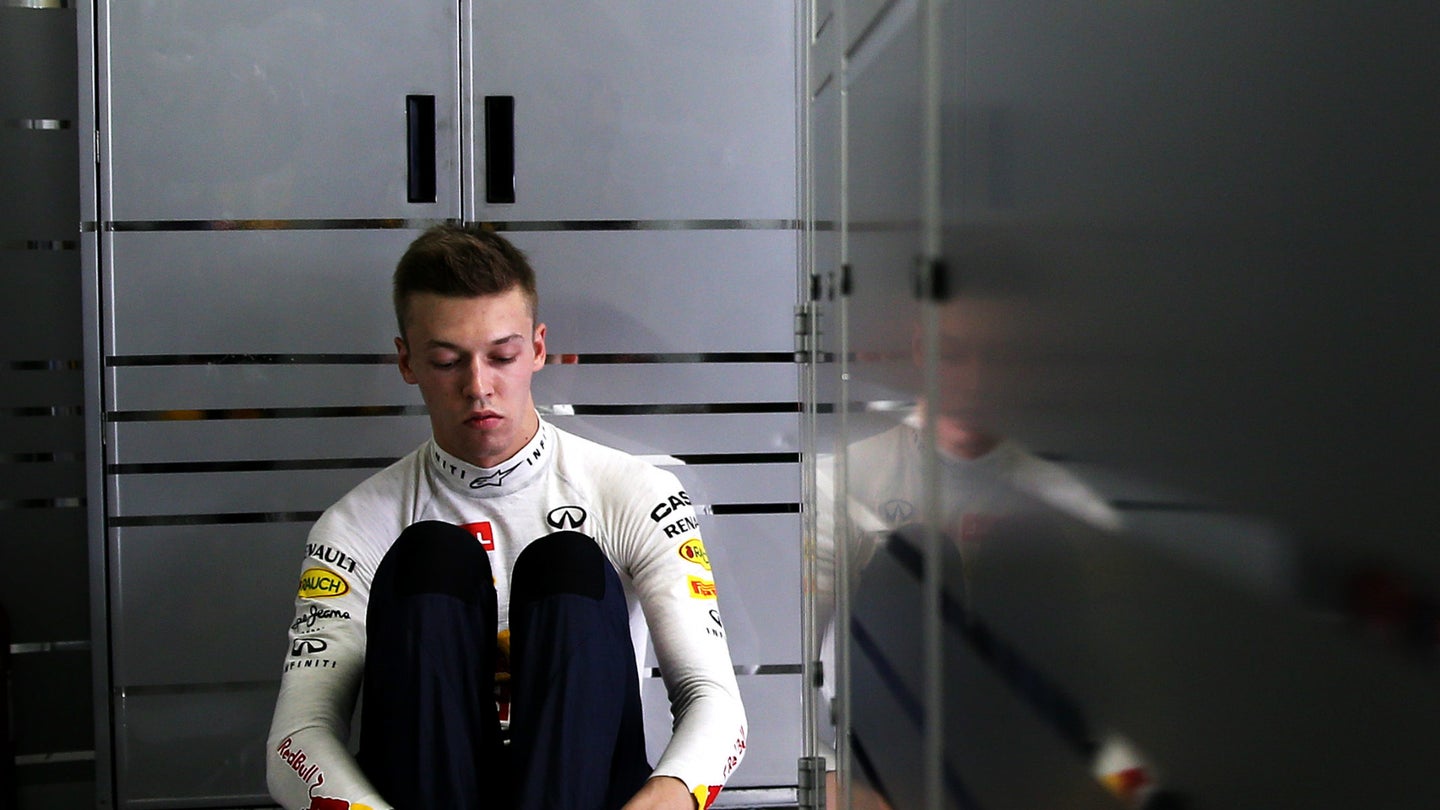 The fact that Daniil Kvyat won't be racing at this year's Mexican Grand Prix is old news. What is news is that he won't be appearing at all for the rest of the year, at Toro Rosso, or elsewhere. Autobild reports that Dr. Helmut Marko has officially severed ties between Kvyat and the Red Bull organization, citing a lack of faith in the Russian's long-term prospects for improvement. "Kvyat will not return again. We do not believe he can make the turnaround in the long term," said Marko. Kiwi Brendon Hartley will return to Toro Rosso alongside Pierre Gasly for the Mexican Grand Prix this weekend.

Kvyat first debuted in Formula 1 in the 2014 Australian Grand Prix, for the first race of his season alongside Jean-Eric Vergne. Despite being comprehensively outscored by Vergne, who beat him 22-8 in points, and outraced him 6-5 in two car finishes, Toro Rosso saw promise in Kvyat, and promoted him to Red Bull Racing the following year, his teammate Vergne losing out to Carlos Sainz and Max Verstappen for the 2015 season.

In the 2015 season, a troublesome year for Red Bull, Daniil Kvyat extracted his career-best finish in Formula 1: P2, at the Hungarian Grand Prix. Over the season, he managed to beat Daniel Ricciardo's points haul 95-92, and outrace him in two car finishes 8-6.

Early the following season, however, with Red Bull eager to promote the eager Max Verstappen to the senior team, the controversial first corner incident at the 2016 Chinese Grand Prix, which garnered Kvyat the moniker "Torpedo," and the embarrassing double rear-ending of Ferrari's Sebastian Vettel the following weekend was all that team management needed to justify swapping Kvyat with Verstappen between races, with Verstappen debuting at the Spanish Grand Prix, which he won.

Daniil, presumably demotivated by his demotion, declined in performance and is now out of a job. While Kvyat's career didn't end happily, he was at least more successful than the last Russian Formula 1 driver, Vitaly Petrov, who achieved only one podium in his career to Kvyat's two.

Of course, Kvyat should not be taken to be a subpar driver, he managed to outrace multiple strong teammates during his tenure in Formula 1, and this capability will make him a dream hire for many WEC, Indycar, or sports car racing teams.

To Daniil Kvyat, on the behalf of The Drive, Ни пуха, ни пера.