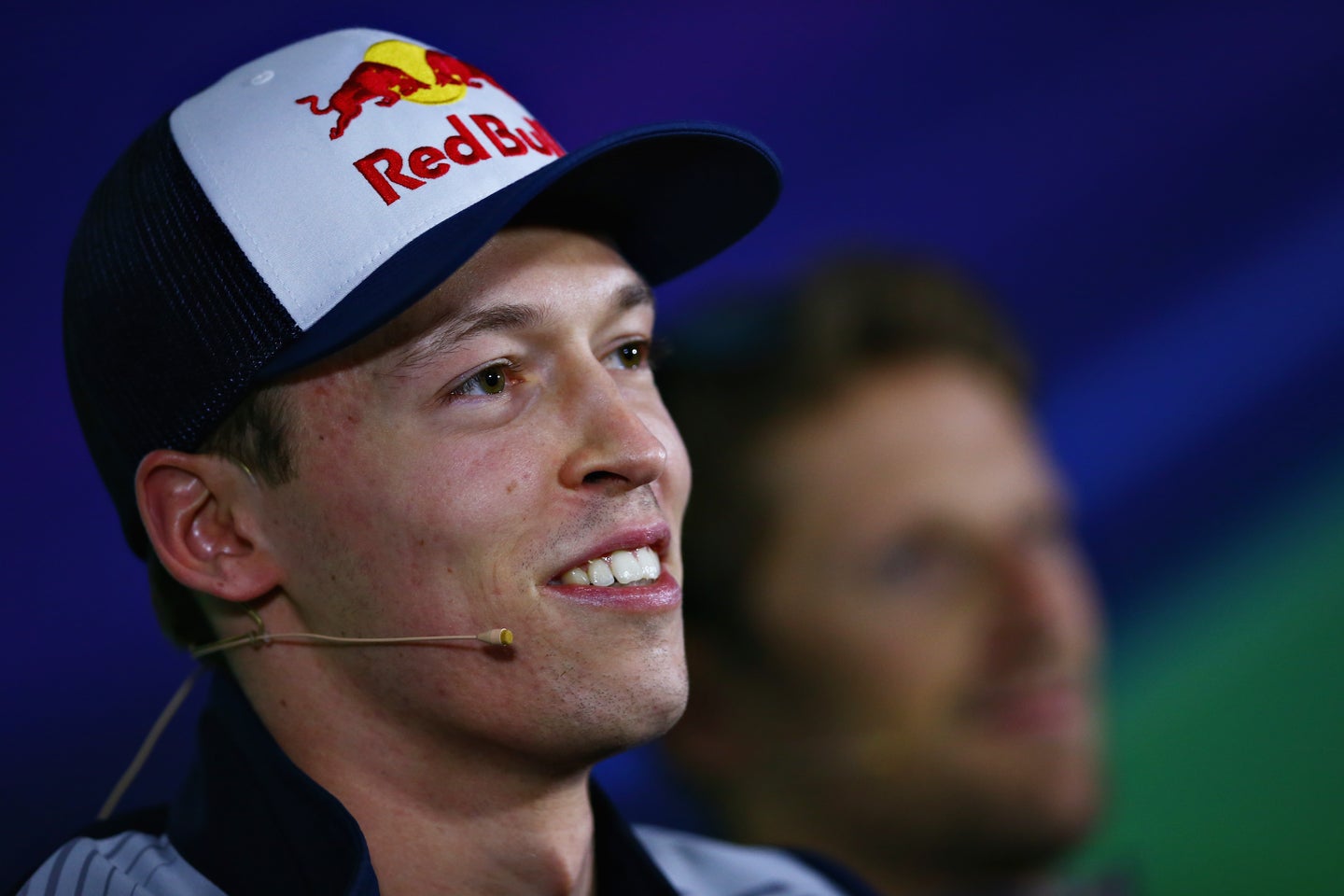 At the 2016 Chinese Grand Prix at Shanghai International Circuit, a controversial incident between Scuderia Ferrari drivers Kimi Räikkönen and Sebastian Vettel and Red Bull Racing driver Daniil Kvyat at the first corner made the race highlight reel an interesting one. Both Ferrari drivers went wide at the entry to turn one, with Räikkönen locking his brakes and Vettel understeering. Close behind, Kvyat saw the two Ferraris slide out, and with the door left open, he slotted his car into the opening to the inside of Vettel. Vettel found grip and began to pull back toward the racing line, not realizing where Kvyat was, and Räikkönen followed. But it was too late—Vettel discovered the place he wanted to be was occupied, and correcting to avoid the Russian brought him in contact with his teammate, jeopardizing the chances at a win Ferrari had. In the post-race break room, Vettel confronted Kvyat, and blamed the Red Bull driver for the incident, saying he "came in like a torpedo!"

The next weekend was followed by a second incident between Vettel and Kvyat, one which resulted in Vettel spinning off the track and into a barrier, resulting in a flood off expletives over his radio. It is suspected that these two incidents were part of the reason why Max Verstappen took Kvyat's seat at Red Bull part way through the season.

Kvyat has decided to make the best of his situation, which involved a return to Red Bull junior team Toro Rosso. As a callback to the torpedo incident of last year, he has added an image of himself riding a torpedo to the back of his helmet. The illustration is vaguely reminiscent of the scene from Dr. Strangelove in which Major Kong rides a falling nuclear bomb.

This helmet was made in preparation for Kyat's home race, the Russian Grand Prix at Sochi Autodrom, which takes place over this weekend. Check for a local time conversion so as not to miss the race. With how close Ferrari and Mercedes are matched this year, no race in this season is worth missing.

This Amazing GIF Shows the Transformation of F1 Cars Since 1950

From raw pieces of machinery to complex conglomerations of carbon fiber and aero bits, the series has changed tremendously.