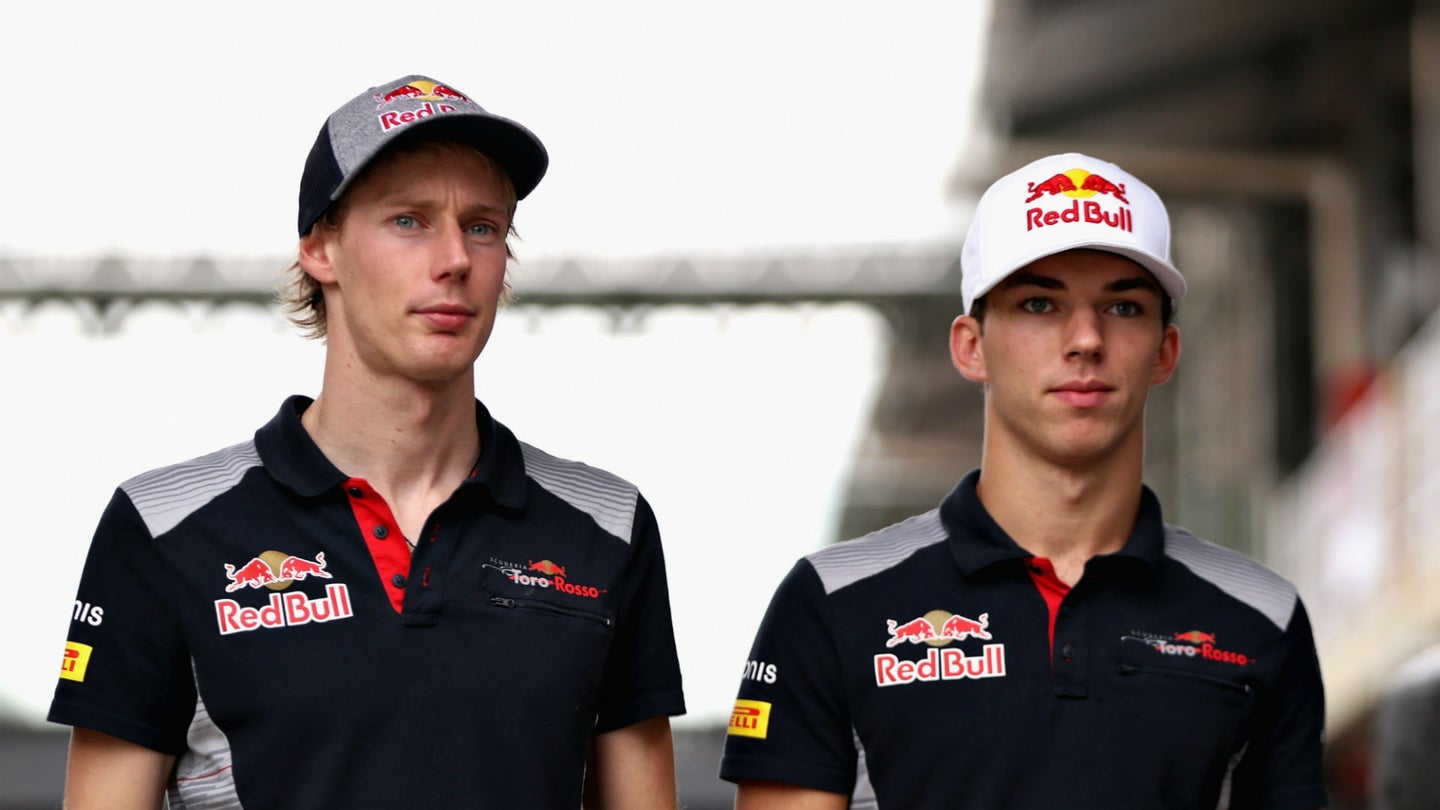 After swapping through a series of drivers in 2017, Toro Rosso is expected to announce the duo of Brendon Hartley and Pierre Gasly for next season. The two young guns first raced together in Mexico and once again at the Brazilian Grand Prix, foreshadowing the full-time driver setup for 2018 after starting the year with Daniil Kvyat and Carlos Sainz. This is part of the team's major refresh that also includes a new engine partner in Honda next season.

In a short interview with Motorsport.com, Red Bull motorsport advisor Dr. Helmut Marko explained that decision could be made official very soon.

"Maybe Toro Rosso makes a press release with some substantial news," Marko told the news outlet. When asked if he meant shortly after last Sunday's Brazilian Grand Prix, he responded "I guess so. I don't know, we'll have to see. We have other problems at the moment."

One of the problems Marko could be alluding to is the team's relationship with its engine supplier, Renault. The Recent drama between the two parties has led to some harsh words after Brendon Hartley was forced to retire in two of three races due to power plant failure. The French manufacturer reportedly sent in team advisor Alain Prost to handle the situation though little news has broken on what came of the meeting.

Toro Rosso head Franz Tost said that Hartley and Gasly provided the team with "strong assets" at the last handful of races. As a result, the tandem will hopefully continue to build their strengths in 2018.

"This is in the hands of Red Bull to decide," Tost told Motorsport.com. "Both drivers are strong assets to the team, and therefore I don't see any others going in the car for next year.

"But once more it's a decision of Red Bull, and they will announce this."

The two drivers have already accumulated a list of achievements in their short careers. Hartley is a 24 Hours of Le Mans winner as well as two-time WEC champion with Porsche, and Gasly has also nabbed some hardware after becoming the GP2 champ last year.