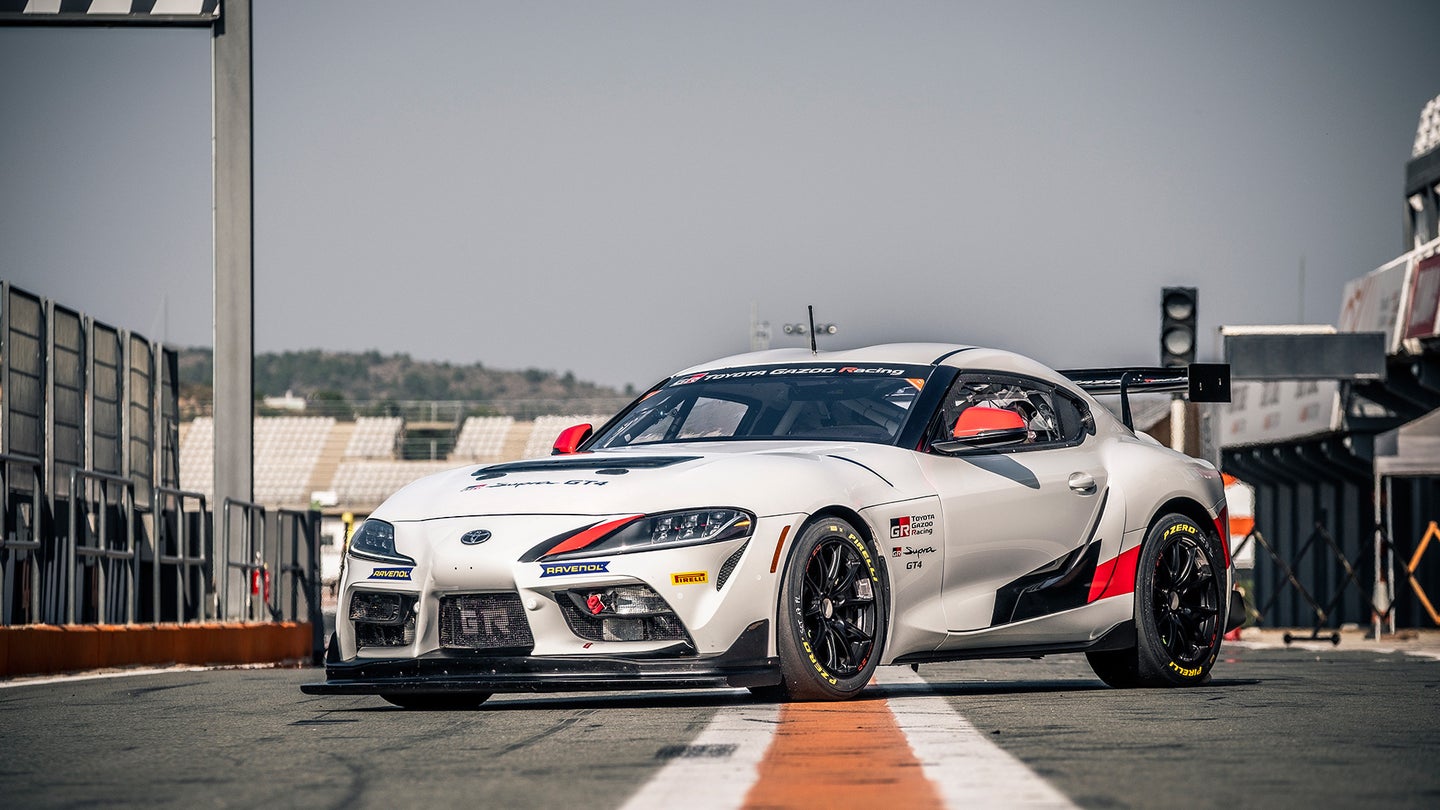 Next year, Toyota will join the fast-growing GT4 motorsport category with a racing version of its divisive, BMW-built GR Supra.

The turnkey race car features all the safety gear required to compete, plus the performance to take class wins. Its lightweight steel unibody is reinforced with a roll cage, which will both stiffen the Supra's chassis and protect its driver in the event of a crash, all while keeping the weight at a healthy 2,976 pounds (1,350 kilograms).

Powering the GR Supra GT4 will be the road car's 3.0-liter, single-turbo inline-six, which in racing form breathes through an Akrapovič exhaust. In its maximum state of tune, this engine will generate 430 horsepower and 479 pound-feet of torque, though each car will include several "power sticks" capable of quickly reflashing its Magneti Marelli ECU to different power outputs to balance performance. Downstream of the engine is a paddle-shifted, seven-speed automatic (similar to the one used in the BMW M4 GT4), which powers the rear wheels through a racing-grade mechanical limited-slip differential (LSD).

Natural fiber composite aerodynamics press the GR Supra GT4 into the track through MacPherson strut front suspension and multilink rear, each of which uses KW dampers. Six-piston front brake calipers and four-piston rears can bring the party to a halt if the car's price tag doesn't prevent you from getting it started in the first place, as the GR Supra GT4 will cost 175,000 euro when it launches in Europe this coming spring.

Toyota hasn't confirmed what the car will cost when it comes Stateside next August, but the price across the Atlantic equates to $194,500 at current exchange rates. In all, expect to trade at least a couple thousand Benjamins for your new Toyota race car.