BMW’s track monster is coming to America in January. 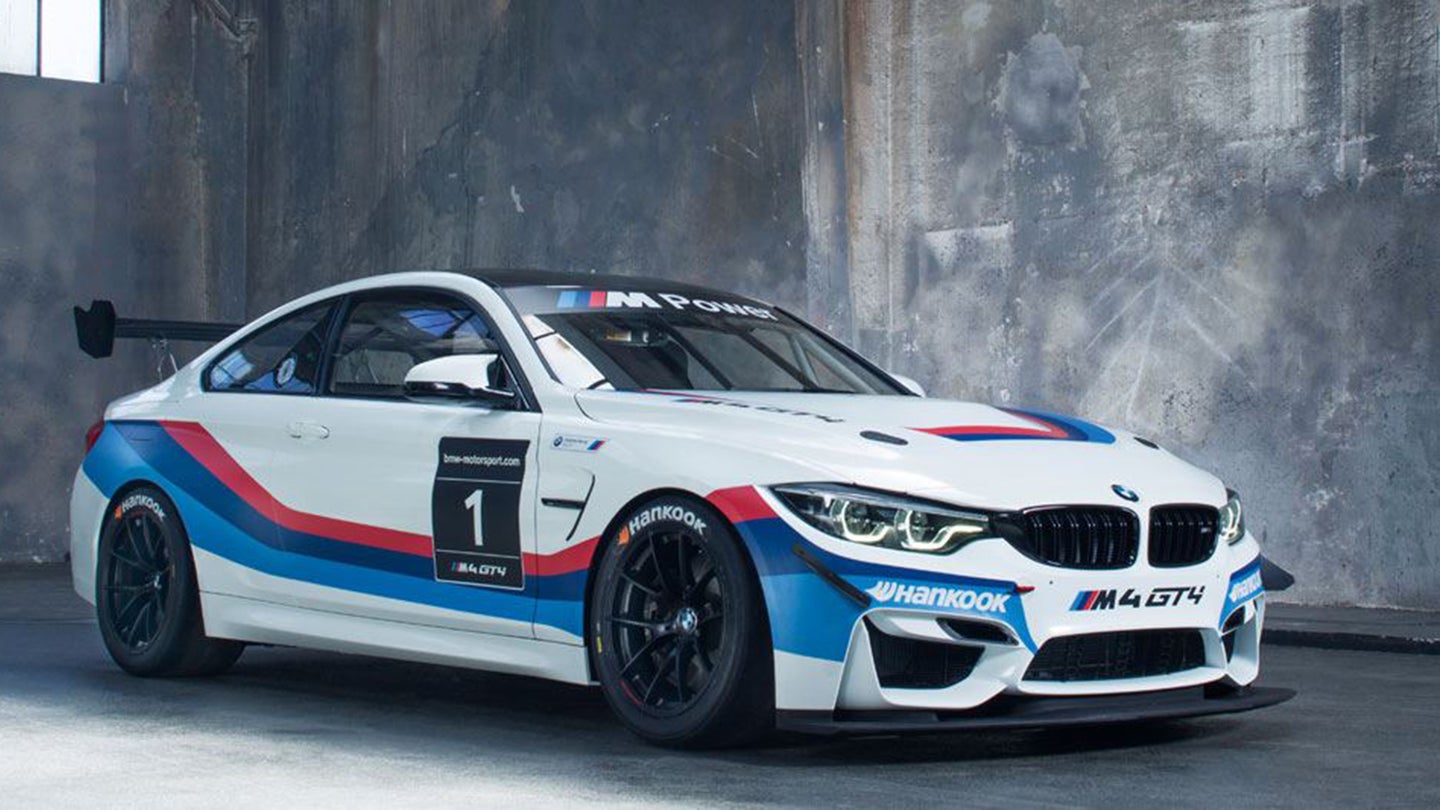 When the 2018 season of the Continental Tire SportsCar Challenge gets underway at Daytona in January, the Grand Sport class will have at least one new addition from the folks in Munich. BMW has confirmed its return to the top tier class after a two-year absence with the new M4 GT4 race car. Though BMW has had teams run cars in the Street Tuner class, it last competed in GS in 2015 with the M3.

For 2018, the GS class will consist exclusively of GT4-spec cars, opening the door for BMW's return a customer car supplier. "It was unrealistic for us to develop a car specifically for local rules, whether in America or anywhere else, and being able to rely on a global set of rules like GT4 is a great opportunity for us," BMW of North America Motorsport Manager Victor Leleu said in a press release.

The GS class competition has been hard-fought with the top four teams separated by on ten points halfway through the 2017 season. When BMW jumps back in next year, the team will be up against the likes of the Porsche Cayman GT4, McLaren 570S GT4, the Chevrolet Camaro GT4.R, and whatever other GT4 machines get entered in the class.

BMW isn't too worried about not being quick right out the box. The team has the 72 victories in Continental Tire SportsCar Challenge, second only to Porsche who has 92. The M4 GT4 has already been running overseas. By the time is first turns a wheel in anger in America, the program will have plenty of real-world racing under its belt to be ready.

BMW released this lovely little video showing the car being built with a few seconds of it on track for testing. It's very much worth watching.

As far as specs for the M4 GT4, IMSA had a run down on them in a press release. You can read them all here. What you really want to know is that the M4 GT4's in-line six-cylinder turbo 2.9-liter engine makes more than 425 hp. BMW hasn't said how much the race-spec car weighs, but you can be sure it's less than the 3,300 pounds that the production version comes in at. It's going to be a properly quick racer. We can't wait to see it make its American race debut in January.

It now costs about 75 percent more than MSRP.