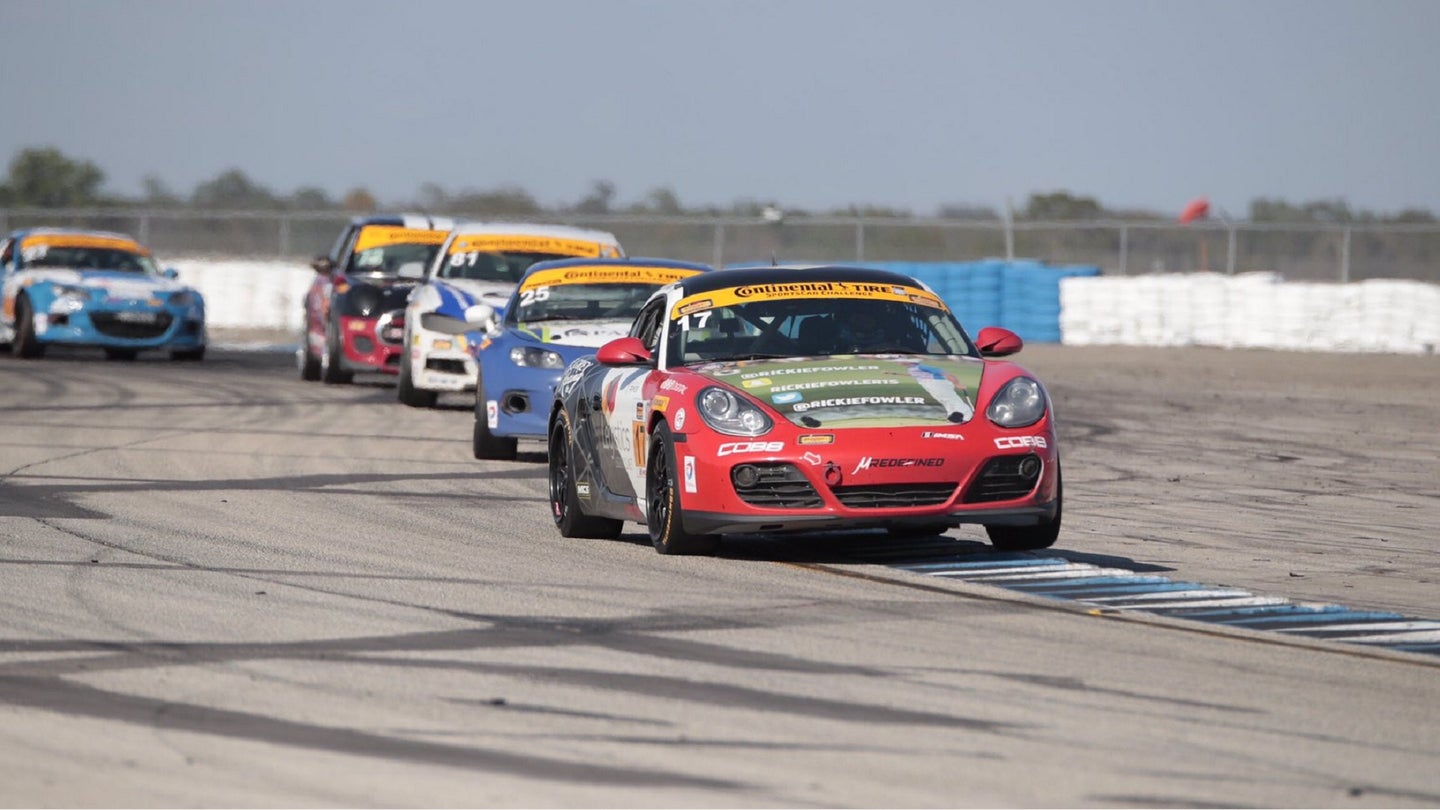 This Friday the Continental Tire Challenge series visited Sebring International Raceway for a two-hour sports car race, the second race of their calendar, providing plenty of excitement and drama along the way. Following on from the longer endurance round at Daytona back in January where Porsche absolutely dominated the "Grand Sport" class field, the GT4 contingent simply did not have the speed required to keep up with the Mustangs and McLarens at the front of the field. In Street Tuner, Porsche's now-ancient 987 chassis still runs at the front relatively consistently, and made a good showing for the P-car fans.

In GS, it was basically the Scott Maxwell and Jade Buford show for most of the event, with the duo taking Ford's 50th series victory in the process. There was one point where a trio of Porsche Cayman GT4 Clubsports pitted out of sequence from the rest of the GS field under full course caution that nabbed them track position for a number of laps following the race going back to green. After no more than a handful of laps, however, the Porsche contingent was swallowed up by a couple McLarens and Maxwell's super quick Mustang. At the end of two hours, the highest finishing Porsche was the Damien Faulkner/Russel Ward #35 Cayman of the CJ Wilson Racing Team.

In ST, however, Spencer Pumpelly managed to slide his Cayman up into the lead position with just minutes remaining. With a caution bunching the field with just about 15 minutes remaining, Pumpelly had his RS1-entered Cayman (that he shares with Nick Galante) up in third behind Eric Foss' similarly prepared Cayman and Owen Trinkler's Nissan Altima. As the race wound down to the finish, Trinkler and Foss went side-by-side into a corner and it all ended poorly for both of them. Foss spun out of the lead, and Trinkler was forced off-line, allowing Pumpelly the opening he needed. Nipping into the lead Spencer stayed just millimeters ahead of Trinkler for the remainder of the race, practically bumper to bumper.

Pumpelly on his victory:

"Some races you win by a half a lap, and just drive the car home – this race was not one of them. I had to work right up until the last corner."