The outrageous Supra will not only fight Acura NSXs and Nissan GT-Rs, but also DTM racers at Fuji Speedway this November. 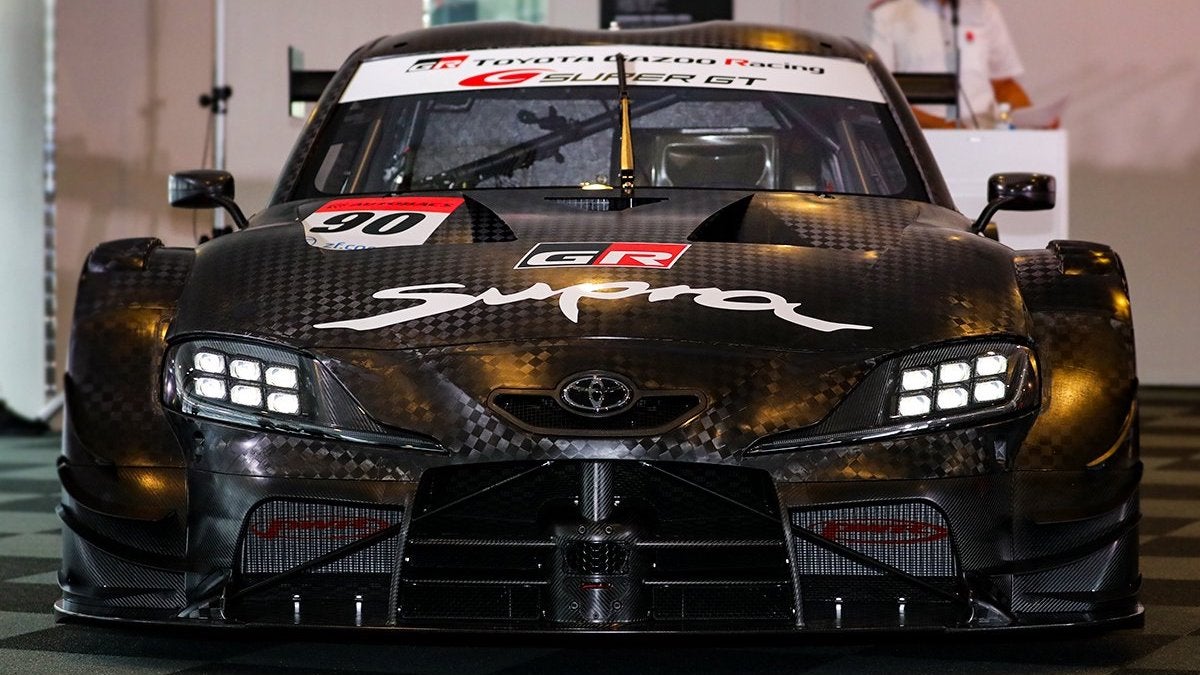 Toyota Gazoo Racing announced that in 2020 the GR Supra will compete in Japan's Super GT Championship for the first time since 2006, where it will fight in the top-level GT500 class against rivals such as the Honda NSX-GT and Nissan GT-R Nismo.

As of 2020, both GT500 and DTM cars must abide by these regulations, which dictate a shared spec chassis with front-mounted engines and rear-wheel drive. Powering all cars under the Class 1 umbrella will be 2.0-liter, four-cylinder turbocharged engines capped at 620 horsepower, or around 100 more than DTM's outgoing V8s, according to Autosport. Top speeds are expected, accordingly, to rise to more than 180 mph, if not higher with DTM's Drag Reduction System (DRS) and push-to-pass.

Yes, this means that the GR Supra you see above is powered by a four-cylinder engine, but that's no new phenomena in Super GT Supras. In its early guises, the legendary fourth-generation Supra raced (successfully) in Super GT with turbocharged four-cylinder engines before moving on to a naturally aspirated V8 in the early 2000s; and at no point was the road car's 2JZ-GTE a part of the equation.

Enforcement of Class One rulesets in both Super GT and DTM will allow the two series to host a crossover race at Fuji Speedway on November 22, which is already known informally to some racing fans as the "Dream Race," reports Daily Sportscar. It'll be more an exhibition race than anything, adopting rules from both series to keep competitors on their feet. The race's format will closely follow that of DTM, which runs for 55 minutes plus one lap, and requires one four-tire pit stop, but no driver changes. All cars will use spec Hankook tires, and DTM's overtaking tricks such as DRS and push-to-pass will be banned, ensuring that cars from both series will be competitive.

May the best combination of driver and car win, be they in an Audi or a Toyota.