Close call is an understatement. 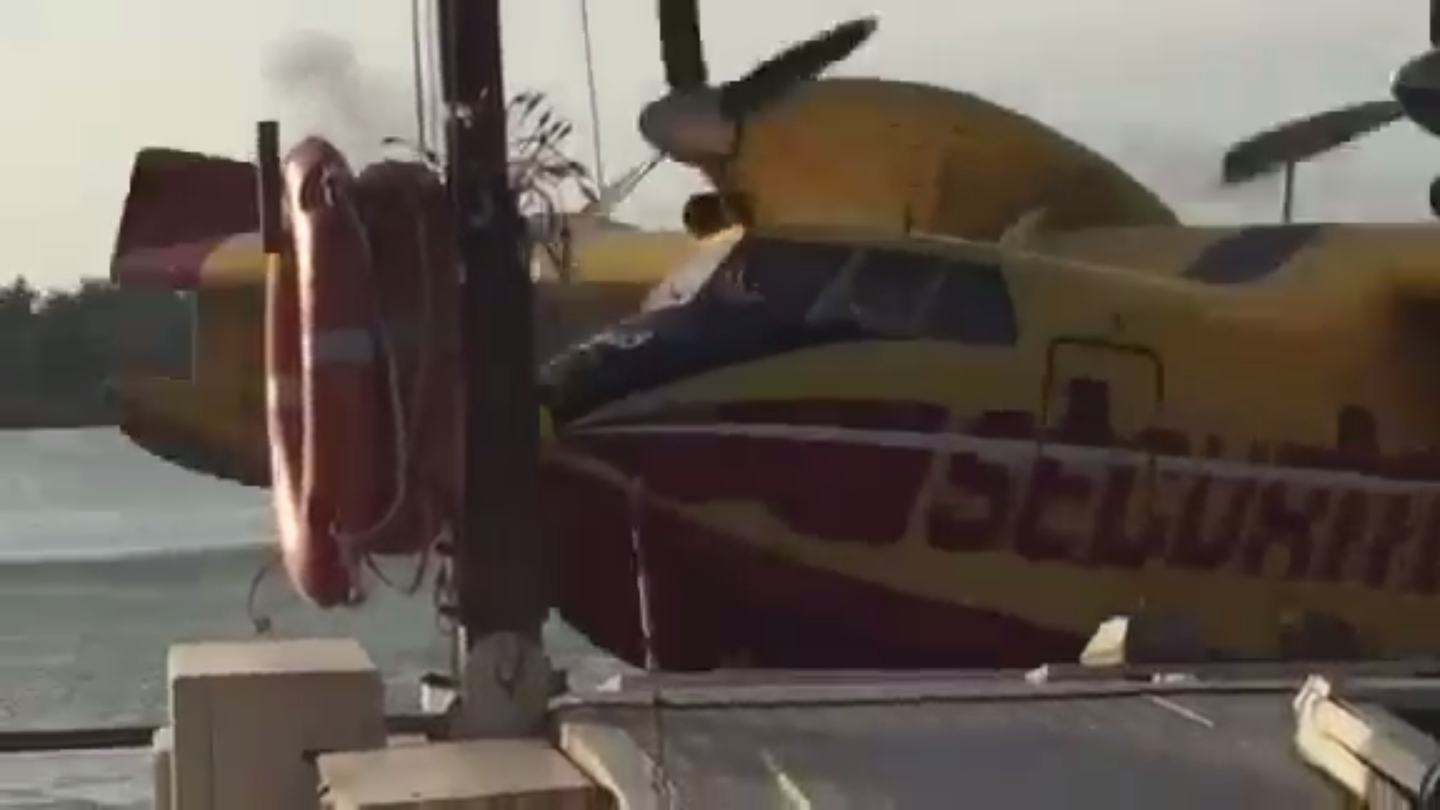 Among the most effective aerial tools firefighters use to combat forest fires is the air tanker, or water bomber. These purpose-built, fixed-wing, amphibious aircraft are designed to skim along the surface of a river or lake, scooping up massive amounts of water before taking off and dropping the payload directly over the flames. It's a majestic sight - but the process can also be extremely dangerous.

A pilot and co-pilot of a Canadair CL-415 water bomber operated by the Sécurité Civile in France have reportedly been suspended after clipping a barge with their wing while taking off from the Rhône River. A witness recorded the incredible video, which shows two of the planes steaming down the river towards the barge as they prepare to take to the skies.

One passes by at a safe distance, and as the camera continues rolling for a few more seconds, the second plane suddenly fills the frame as it roars by within feet and snaps one of the barge's masts clean in two with a wingtip. The person taking the video understandably drops their phone, so we don't get a look at how the pilot managed to continue taking off with a damaged wing, but the Sécurité Civile put out a statement saying the plane managed to limp to a nearby military base. It's currently undergoing a weeks-long repair process.

It's quick, but at the very beginning of the video you can see the off-target plane is already listing to the left and heading straight towards the barge. What's less clear is why the people on the deck were so nonplussed about how close it was getting just before impact.