Check Out This Custom ‘Jab Launcher’ Motorcycle by Rough Crafts

This Taiwanese shop has turned a Ducati Scrambler into a fierce, one-of-a-kind cafe racer. 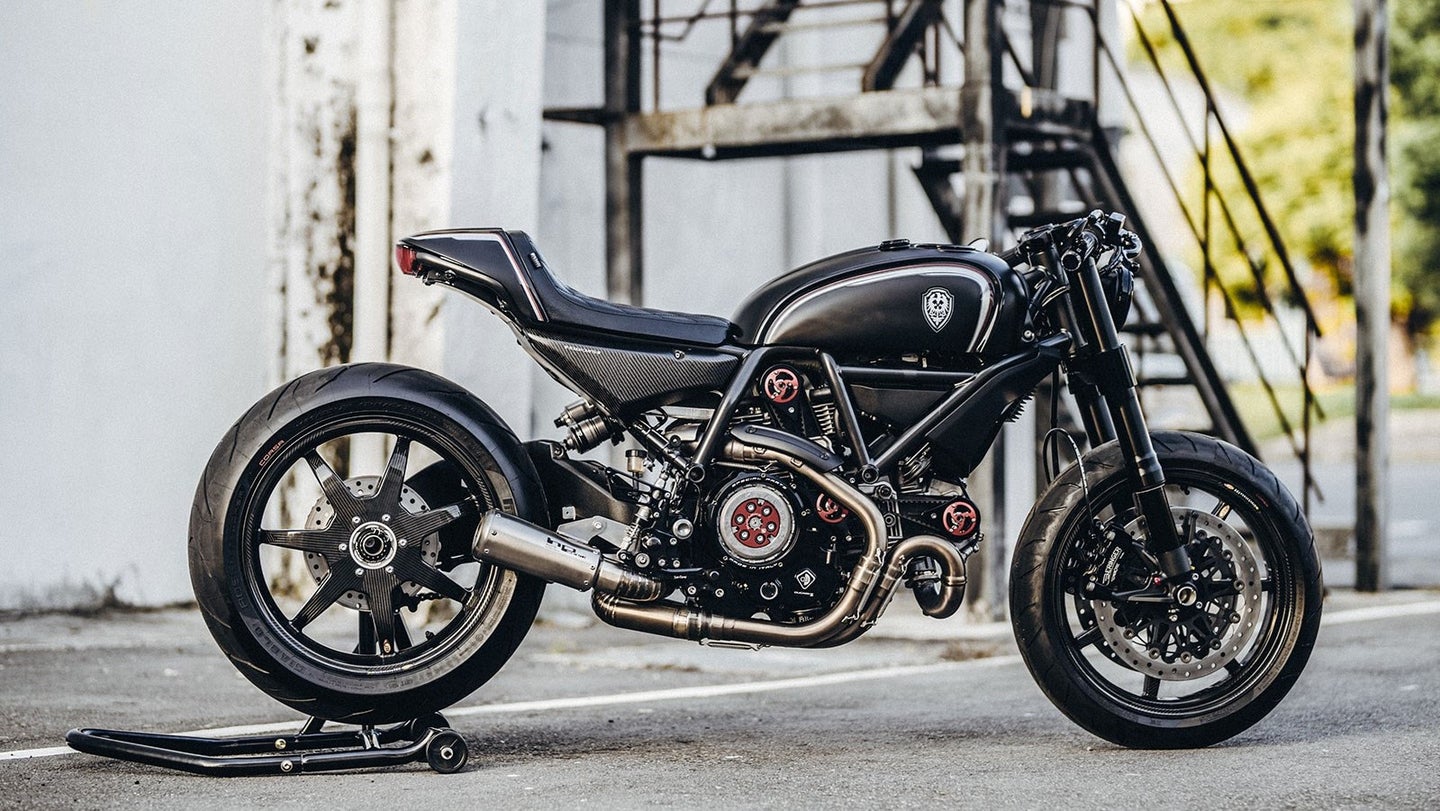 When setting out to make the ultimate cafe racer for a friend and client of his, Winston Yeh, the face of Taiwanese custom bike shop Rough Crafts, had a simple plan: he wanted to take the Ducati Scrambler and make it “lighter, cleaner and tougher,” according to Motorcycle News. That’s exactly what he did with this incredible Jab Launcher.

This custom cafe racer started its life as a 2016 Ducati Scrambler Icon. What it became is a whole new animal that not only looks sharper but handles much better than the original bike thanks to adding lightness and upgrading the brakes and suspension. Rough Crafts managed to improve both the form and function of an already fantastic motorcycle, creating something totally unique.

This bike shares a frame and an engine with the Scrambler—and not much else. The rear swingarm was replaced with a single-sided unit from a Ducati Monster 1100. A custom rear shock was made by Gears Racing to accommodate this bike specifically, and helped create the cafe racer stance Rough Works was going for. Up front, the forks were sourced from a Ducati 1199 Panigale and blacked out to match the aesthetic of the bike. Altogether, the suspension was sourced from bigger bikes with better performance than the Scrambler.

One of the most interesting mods to this bike is the gauge cluster. To give this bike more of a clean, stripped-down look, the gauge cluster was simply relocated from the handlebar to the fuel tank. This gives the bike a more pleasing aesthetic without sacrificing functionality.

This Jab Launcher is a good reminder that big improvements can be made to a motorcycle without touching the engine. This motor has some aesthetic modifications, but Rough Crafts didn’t mess with the internals. Reducing weight and upgrading suspension and brakes was all they had to do to make a good bike ride better.