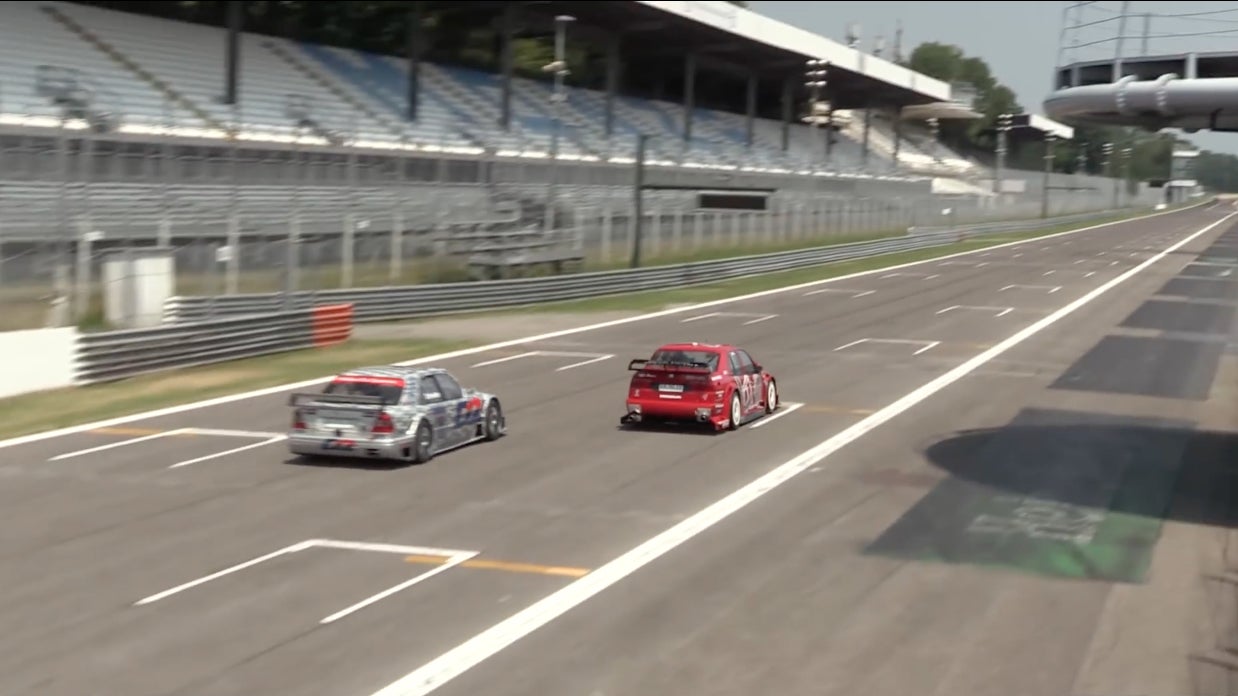 DTM as we know it (Deutsche Tourenwagen Masters) is the modern successor to Deutsche Tourenwagen Meisterschaft, a German race series that existed between 1984 and 1996. OG DTM was born from FIA Group A specifications, but was reworked to ban turbocharging in 1988, and mandate 2.5 liter engines in 1993. It utilized some of the day's most advanced technologies such as carbon fiber construction and even allowed driver assists banned from even Formula 1, such as anti-lock brakes, traction control, and all-wheel-drive. Escalating costs and limited benefits of the series to manufacturers, however, resulted in the series' demise, prior to its 2000 revival.

Two of the series' icons, the Mercedes-Benz C-Class DTM and the Alfa Romeo 155 V6 Ti, were reunited for a joust around Monza as part of this year's Passione Caracciola, and their tussle for old times' sake was filmed by YouTube user Italiansupercarvideo.

The Mercedes-Benz C-Class DTM was built upon the successes of the 190E and its variants. Its 2.5 liter V6 is said to be derived from a Mercedes 4.2 liter V8. Four valves per cylinder and dual overhead cams meant a power figure around 400 horsepower at introduction, but liberal use of alloys kept its weight down to around 243 pounds (110 kilograms.)

In its ultimate form, the 155 V6 Ti boasted four-wheel drive, 490 horsepower, and a paddle-shifted transmission similar to those which had revolutionized Formula 1 only a couple years prior.

What are you waiting for? Watch the video embedded above. There is no sound quite like a high-revving, naturally aspirated engine, breathing through independent throttle bodies. It may just be the best thing you hear all week.