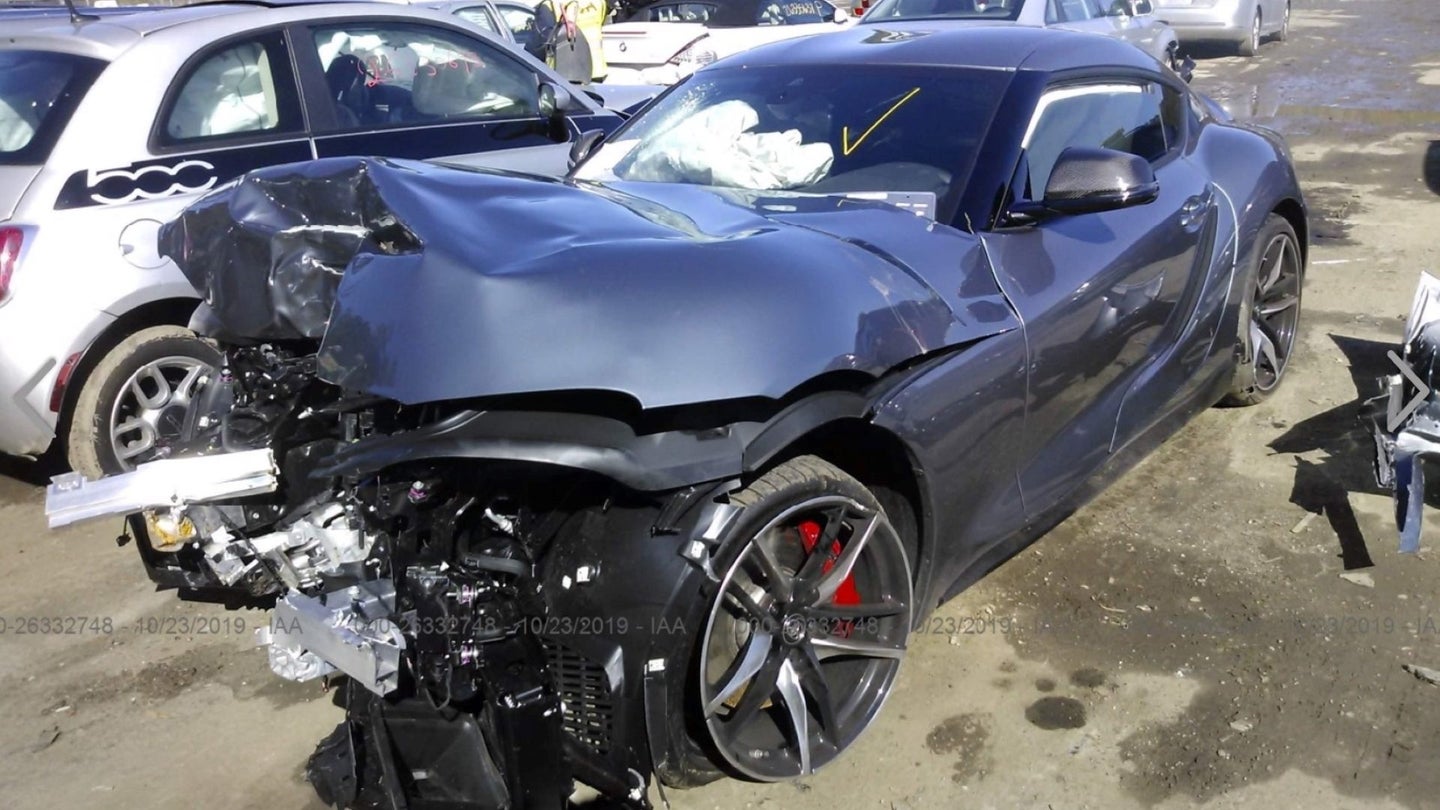 If you're in the market for a 2020 Toyota Supra but currently fed up with the hefty dealer markups, today is your lucky day. Spotted en route to a public salvage auction is a "Launch Edition" Supra that we suspect will go for quite a bit less than the car's $49,990 base MSRP. There's just one catch: Most components fore of the windshield have been smashed to bits.

Courtesy of IAAI, the auction listing doesn't share any details about the car's past, but it doesn't take an expert to figure out that the former owner hit some sort of pole or narrow object head-on and with considerable force. The Toyota Supra is a pretty nimble handler whose 3.0-liter turbo inline-six engine doesn't exactly overwhelm with 335 horsepower, so plain driver error is a likely candidate here.

The Toyota's entire front end is caved in; according to the listing, it unsurprisingly refuses to start. What's more, its mileage is a mystery since its digital gauge cluster has been rendered "inoperable." The listing identifies the Supra as a special Launch Edition model, a special appearance package for the first 1,500 cars off the production line, though that appears to be an error as the Launch Edition doesn't come in Turbulence Gray, nor does this car have the requisite red mirror caps or red leather interior.

Launch Edition or not, however, this will probably make for a decent parts car—provided the parts you're after are located behind the A-pillars. Some of the engine components might still be salvageable but we're not making any guarantees or promises.

If it's Supra engine parts you're looking for, your local BMW parts supplier will probably be a better bet. Did you really think we'd let a Supra story get this far without mentioning the Germans, now?