An announcement could be coming as soon as next weekend. 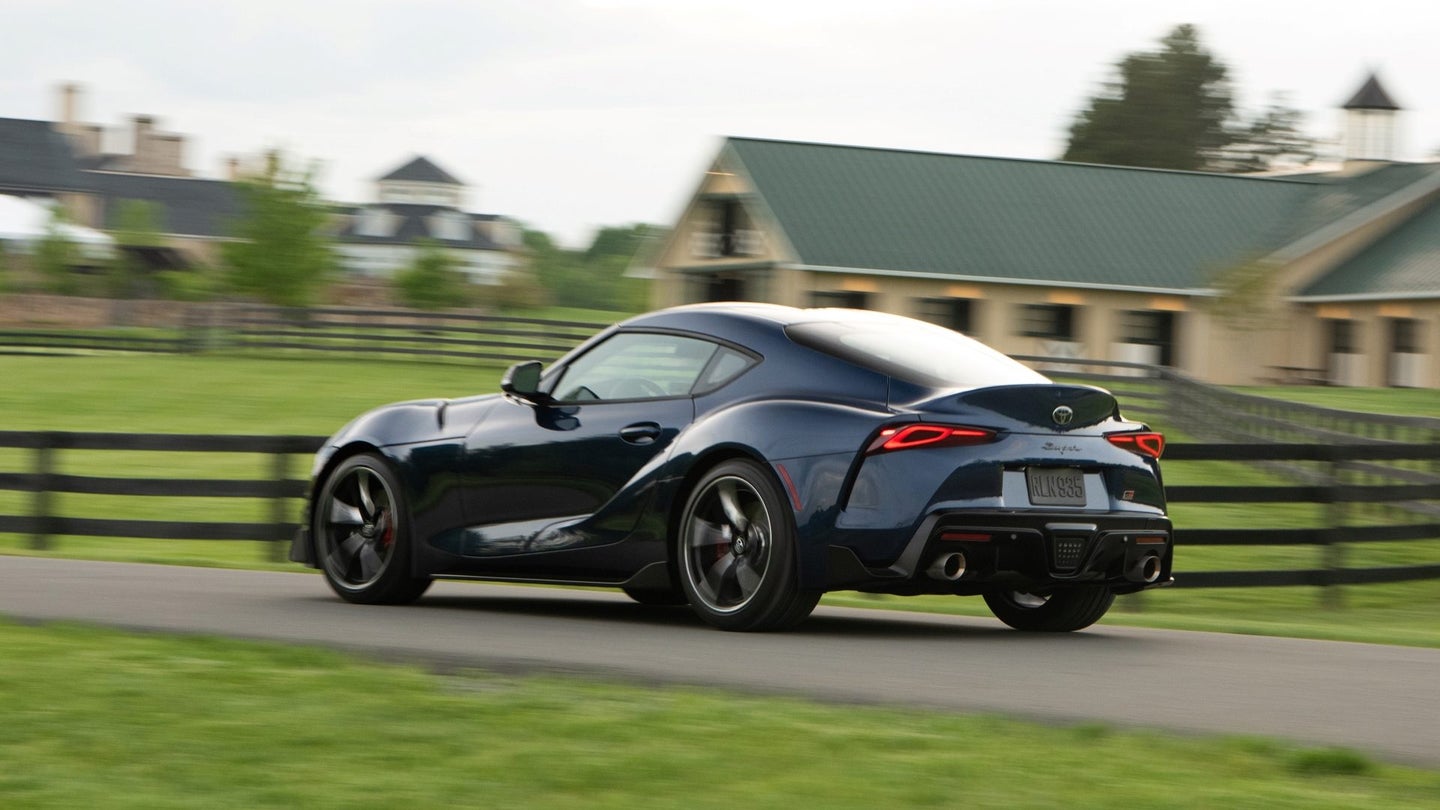 The North America-spec Toyota Supra is only available with a 335-horsepower, 3.0-liter, turbocharged straight-six sourced from BMW. In Europe and Asia, however, it can also be had with a lighter, cheaper, and less powerful four-cylinder...also sourced from BMW. There are now rumblings that the four-pot will be coming stateside with one Toyota exec heavily hinting at an announcement coming as soon as next weekend.

When asked by Motor Trend at the Chicago Auto Show about whether or not the company would ever sell the four-cylinder Supra in the U.S., Toyota Marketing Vice President Ed Laukes ominously told the publication to stay tuned until next week. As it happens, the 62nd running of the Daytona 500 is scheduled for next Sunday, a race in which Toyota is set to participate with seven cars. An ideal venue, then, to unveil a new variant of its flagship sports car. Laukes apparently told the publication that he will indeed be in Florida for the big race.

In Japan, the four-pot Supra is powered by BMW's B48 2.0-liter turbo-four and is available in two states of tune. The base 2.0-liter Supra makes 194 hp and 236 pound-feet of torque while an uprated version produces 225 hp and 295 pound-feet. Both use the same eight-speed ZF automatic transmission as the six-cylinder car. This might be wishful thinking on our part but could Toyota announce the introduction of a manual along with the availability of the four-cylinder in the U.S.? Hopefully, but we're not holding our breath.

In any case, a less expensive, less powerful Supra would be a good choice for those who like the Supra mainly for its style or tuners looking to snag it for an engine swap. Or former six-cylinder Supra owners looking for another one that's less likely to end up wedged into a tree.

The Drive reached out to Toyota for comment, though it denied to confirm or deny this speculation.