Toyota Confirms the Supra Will Be Available with a Four Cylinder 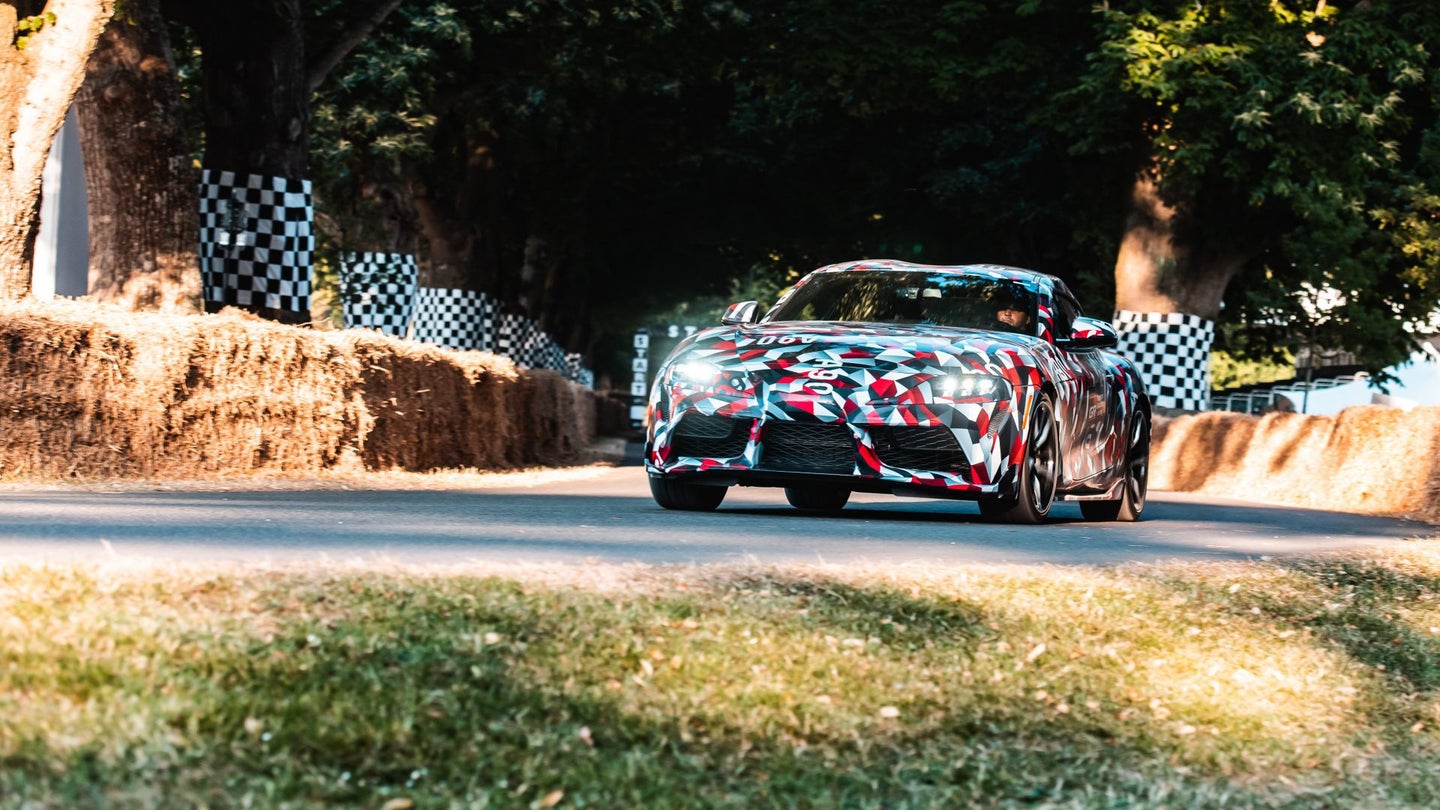 Another day, another piece of the MkV Toyota Supra puzzle is revealed. After we learned of the car's approximate torque and weight figures, Road & Track's Bozi Tatarevic has dug up a "transmission catalog" from gearbox builder ZF that outlines the upcoming Toyota's powertrain options.

According to the document, the new Supra will be available with a 335-horsepower, 3.0-liter, twin-turbo straight-six. The sports car will also be available with a 2.0-liter, turbo four-cylinder making 261 horses. The four-pot option's existence was then reportedly confirmed by Supra chief engineer Tetsuya Tada when he spoke to Road & Track at the Goodwood Festival of Speed. The Toyota man also said that the 2.0-liter car will be lighter, have "much better weight distribution," and sharper turn-in. Should make it the purist's choice, especially considering Tada's instructions to those who intend to perform a 2JZ engine swap: "Please buy the four-cylinder. It will be cheaper."

The ZF document also reveals that both engines will be sourced from BMW. The 3.0-liter will be the B58B30 found in the M240i while the smaller, lighter, more economical mill will be a B48B20 unit closely related to the one found in the current 330i. Both engines will apparently be mated to ZF's eight-speed automatic transmission.

The document goes on to reveal that the Supra's BMW platform-mate, the upcoming Z4 roadster, will have an identical setup: A 3.0-liter inline-six flanked by an entry-level 2.0-liter, save for one small distinction. A variant of the straight-six Z4 will apparently be tuned to produce 375 horsepower instead of 335, very likely the slightly hotted-up M40i version.

The A90 Toyota Supra is set to reveal itself in full sometime in early 2019. Until then, keep a tab open for The Drive for the latest details to trickle out.