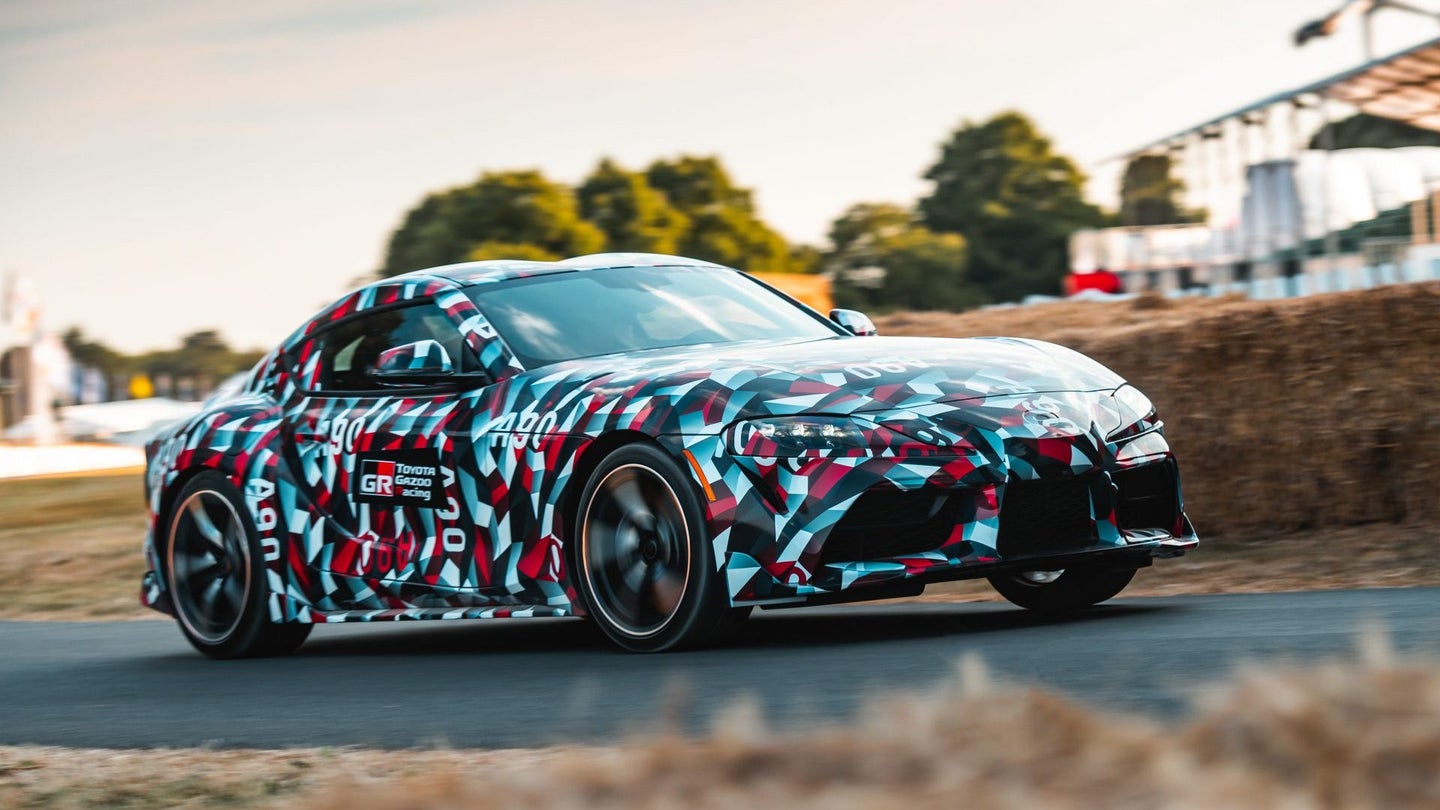 As we slowly inch closer to the new Toyota Supra's full, uncamouflaged reveal early next year, more details on the upcoming sports car continue to come to light. Thanks to a report by Autocar, we now know what to expect in terms of torque and weight.

Speaking to the British publication at this year's Goodwood Festival of Speed where a camouflaged, production Supra made its way up the famous hill climb, chief engineer Tetsuya Tada says that the upcoming Toyota sports car will produce torque commensurate with the hardcore F cars from luxury subbrand Lexus while weighing significantly less.

"I can't disclose specific figures, but the output of this engine is on a par with that which we have with the F-Series from Lexus," Tada told Autocar. "But you can imagine from seeing it that the car is light and compact—its wheelbase is even shorter than the 86’s. It's around [440 to 660 pounds] lighter than the F-Series."

Lexus's F products, namely the RC F and GS F, make 389 pound-feet of torque apiece from the same 5.0-liter, naturally-aspirated V8. The Toyota is now confirmed to match that with a BMW-supplied, straight-six engine. To put that in perspective with cars outside of the Toyota family, a Porsche 911 Carrera GTS produces a comparable 405 pound-feet of twist.

Since the RC F and GS F both weigh around 4,000 pounds, we can expect the MkV Supra to weigh somewhere in the ballpark of 3,500 pounds. The engineer goes on to confirm the presence of "a limited-slip differential and 50:50 weight distribution" for maximum handling prowess.

We've reached out to Toyota for further comment on all of this and will update this story if we get a response.

Sharing a platform with the upcoming BMW Z4, the next-gen Supra will reportedly enter production in the fourth quarter of 2019.

UPDATE: In an email to The Drive, a Toyota spokesperson declined to comment on the subject.