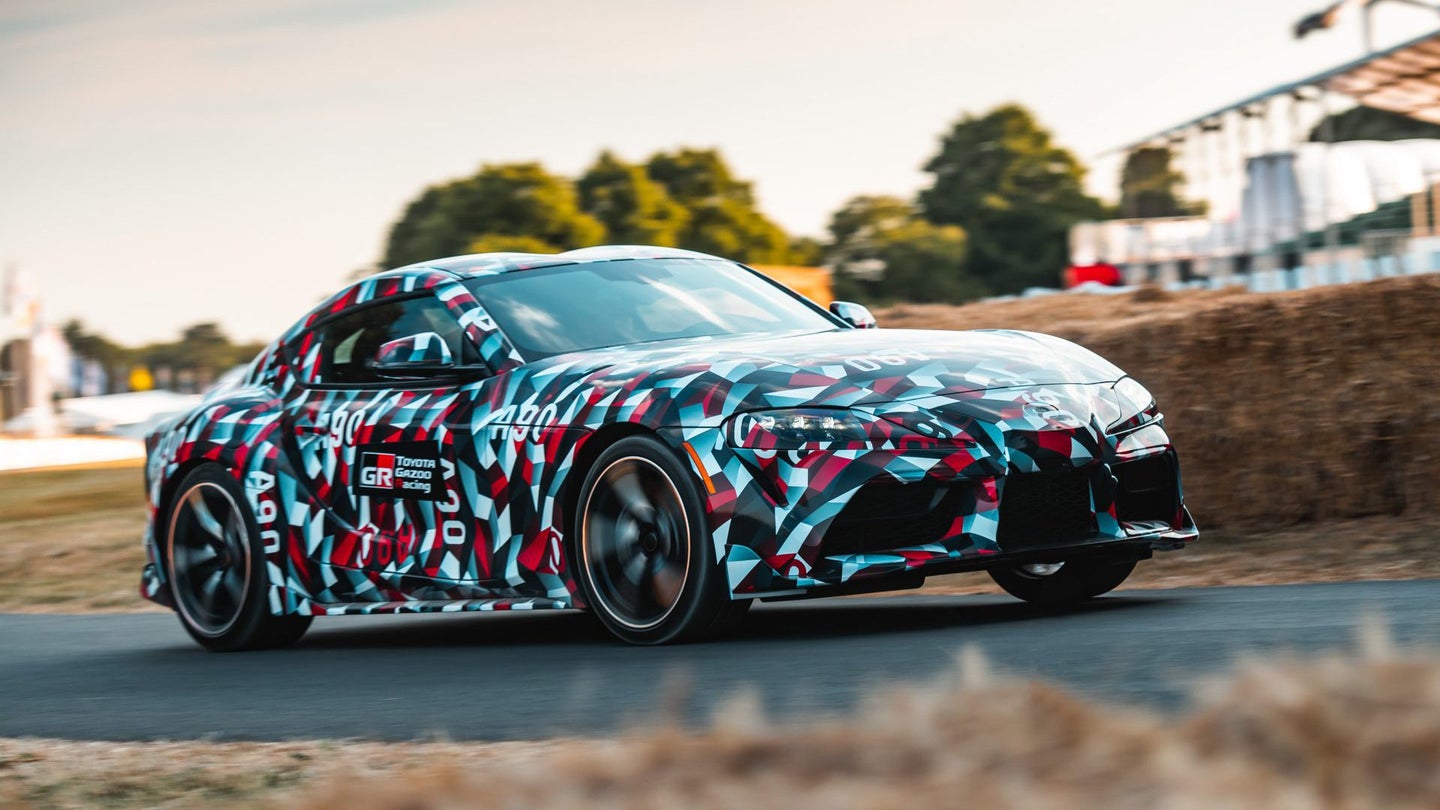 The forthcoming Toyota Supra, one of the most hyped sports cars in recent history, will finally make its debut in a few short months confirming a report we heard earlier this year. At the North American International Auto Show in Detroit, which begins on January 14, Toyota will pull the wraps off the all-new Supra marking the model’s return after being on hiatus since 2002.

Toyota Germany confirmed the unveiling to enthusiast site supramkv.com. Toyota also confirmed that pre-ordering for the new Supra opens to the German market on Oct. 2 at 8 p.m. So if you happen to live in Germany and you want a Supra as early as you can get one, don’t be far from your computer when that time rolls around on Tuesday.

A lot of ink has been spilled about the upcoming fifth-generation Toyota Supra, but it's still worthy of a recap. This sports coupe was jointly developed with BMW and it will be available with a turbocharged four-cylinder or inline-six engine. It shares a platform with the new BMW Z4, but there’s plenty to set the two models apart to keep it from being a simple rebadging. A manual transmission option is a maybe and so is a convertible variant.

We also know this thing will be quite light with plenty of twist motivating the rear wheels. Last we heard, we can expect up to 335 horsepower and 389 pound-feet of torque from the turbo-six moving a car that weighs about 3,500 pounds. That should be more than enough to satisfy any sports car purist or Toyota fanboy.

Even though we already have a pretty good idea of what the new Supra will look like, it’s exciting to know that we’ll be seeing the production model uncamouflaged with official images to drool over, not to mention the opportunity to see it in person in Detroit in just a couple months.