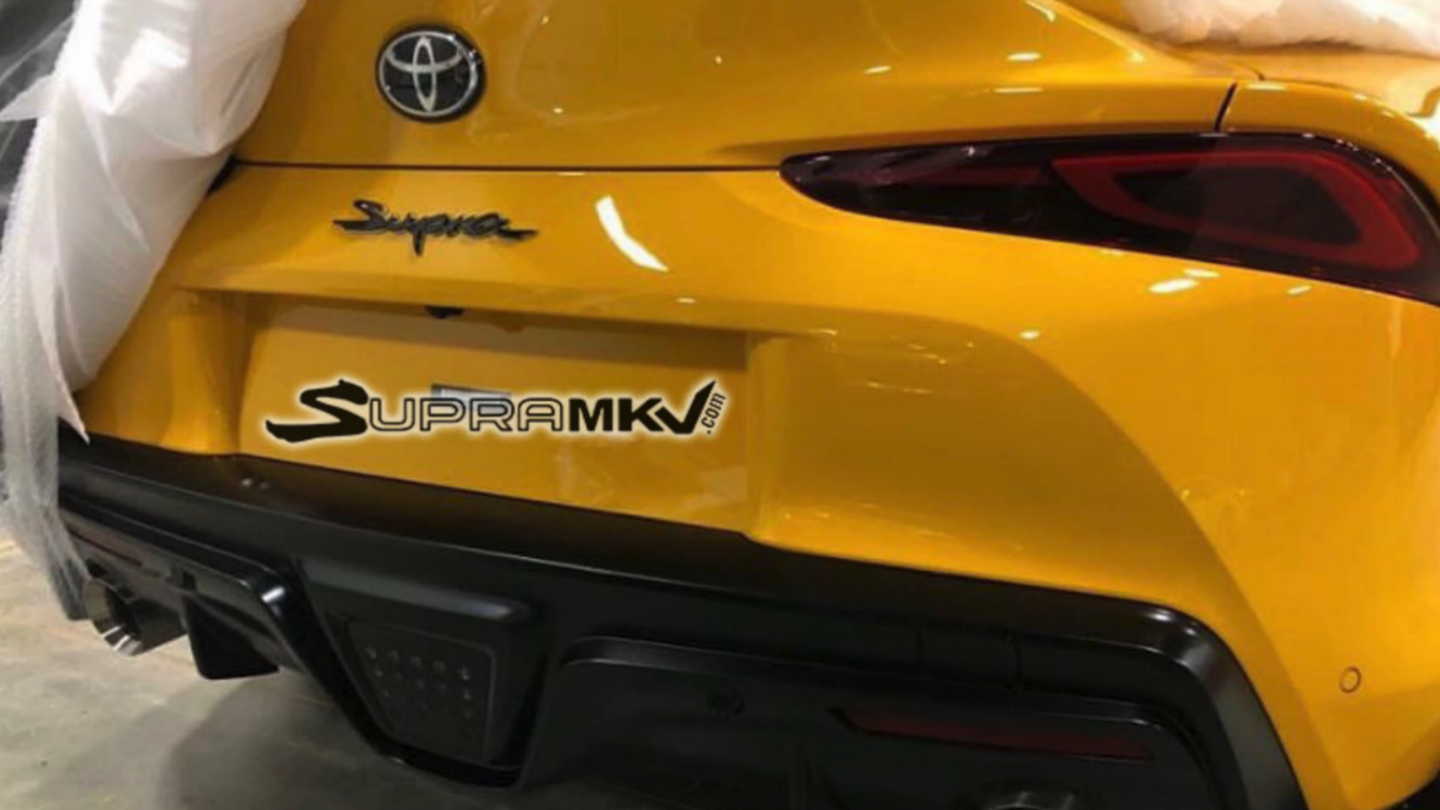 Toyota is having a hard time keeping its upcoming 2020 Supra off the internet, especially given the sleuth skills of those at SupraMKV.com. Just two weeks after the first photo of what is surely a next-gen Supra surfaced, yet another image has been leaked—this time, it's the sports car's rear end that's making an appearance. Handily, that statement has a much more positive connotation than when referring to an A-List celebrity.

As shown, the MKV 'Yota looks to stay true to the FT-1 Concept debuted by the Japanese automaker in 2014. The production model will supposedly sport the same duckbill-like spoiler and aggressively styled taillights, matching the go-fast ethos that's also suggested by the rear diffuser. It looks as if an integrated third-brake light will find its way into said aerodynamic kit, further reinforcing the idea that Toyota has taken both aesthetics and performance into account when developing the fanboy favorite (us included). Dual exhaust tips round out the look, as does the "Supra" logo written in a throwback script.

Collectively, the road-going version of the long-awaited Supra seems to closely resemble the concepts and prototypes we've been teased with for years. While the car as a whole remains to be seen in the flesh, we do know a few things for sure that lie underneath the sheet metal. As detailed upon the announcement of the car's development, it'll boast a mighty powerful inline-six engine built by its partner in this case, BMW. The powerplant's top spec in the Bavarian automaker's Z4, which shares a platform with the Supra, makes 382 horsepower and 369 pound-feet of torque. It'll be paired to an automatic transmission while the car rides upon sport-tuned suspension which is said to provide a much different feel than that of the grand touring-focused Bimmer.

While we wait for the 2020 Supra's official reveal, we'll have to make do with sound bites of its exhaust released by Toyota last week. In the meantime, you'll know where to find us: huddled around a screen with our headphones on, shouting hopeful theories at one another in the office.

Stay tuned to The Drive as more info on the highly anticipated Toyota is uncovered. While the official reveal date is yet to be announced, media days for the North American International Auto Shown begin on Jan. 14 so expect to see it sometime close to then.