Toyota Mexico dropped a video starring the MKV Supra in the nude prior to its forthcoming official debut. 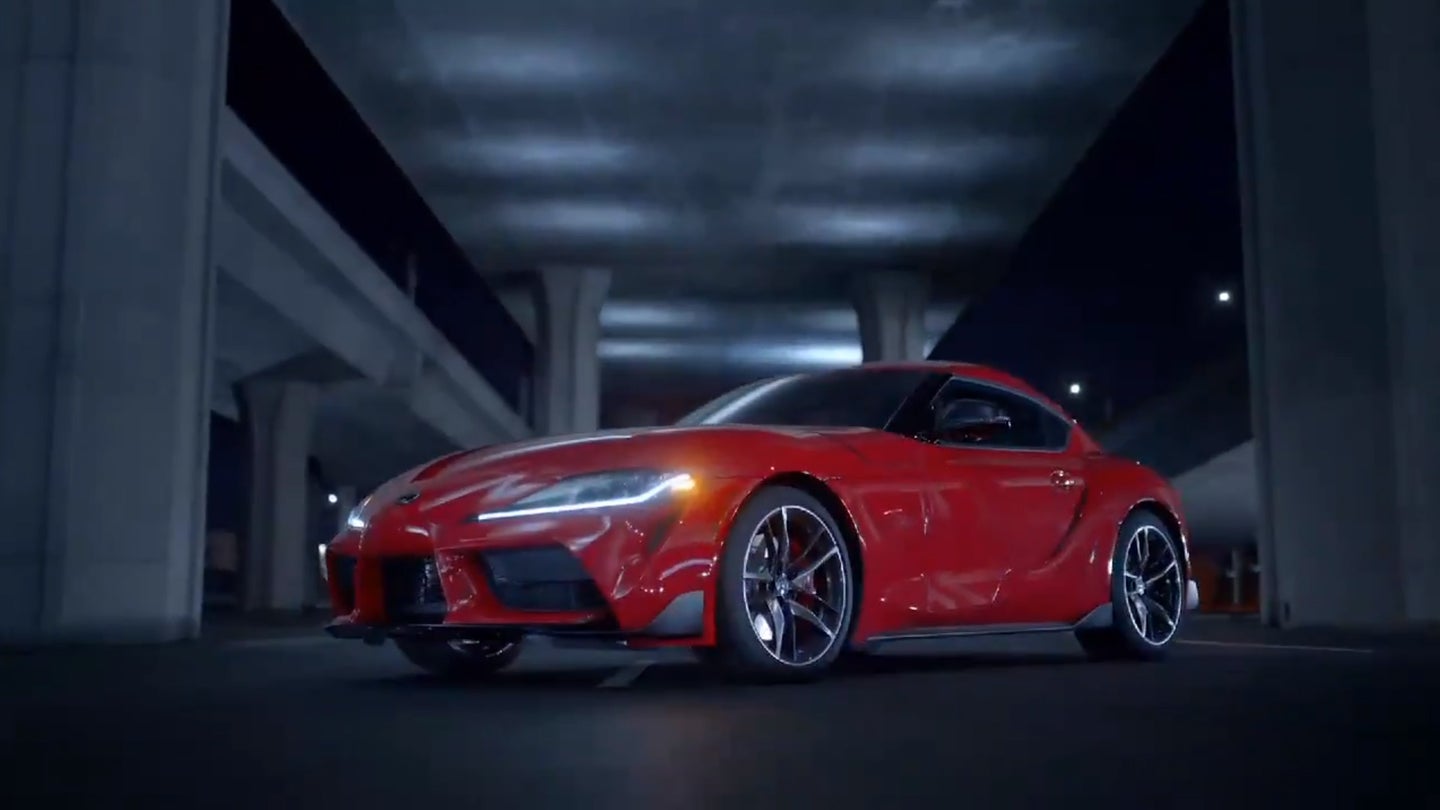 Here it is ladies and gentlemen—the 2020 Toyota Supra. Teased by Toyota Mexico (also known as the king of leaks) in a tweet on Thursday evening that was later deleted, the Supra can be seen in all of its grippy, slidey, sexy glory during the released 45-second video.

“Our new Supra arrived in Japan!" Reads the tweet. "And this is the story that Akio Toyoda tells us about his return.”

We've been waiting for the Supra to make its official appearance. Specifically, we were waiting for Toyota to flex its muscles at the Detroit Auto Show next week, which meant that it was only a matter of days before the media was granted an unfettered look at the fifth generation chariot of the gods.

Each and every angle of the Supra shown in the video looks exactly as expected given the leaks that have been pouring out over the past several months. Its refined front end speaks subtle reminiscence of its predecessor, and its trunk-mounted duckbill spoiler brings out the boy racer in all of us.

As per usual for most full-bodied leaks, we don't know much about the powertrain other than its most stout performance offerings are shared directly with the BMW Z4, which was co-developed alongside the Supra.

A 3.0-liter inline-six is known to be standard, and a four-cylinder engine has also been teased for production in some markets. A hybrid powertrain has been rumored by some, though not announced in any official capacity.

Leaked internal documents revealed that the Toyota's BMW counterpart is likely to be offered with a row-your-own gearbox, but the same cannot be said for the Supra. Reportedly, it will instead be equipped exclusively with an eight-speed automatic, at least at launch; the possibility of a manual transmission isn't lost to the wind just yet, though. Late last year, engineers were undecided if the Supra would be given a manual transmission and noted that they were relying on feedback from the market before making a final decision on the topic.

In case you're ready to drop a boat load of cash to get your hands on the first production car, don't forget that it will be auctioned off at the Barrett-Jackson’s Scottsdale event in a few days. It may someday be worth a small fortune.