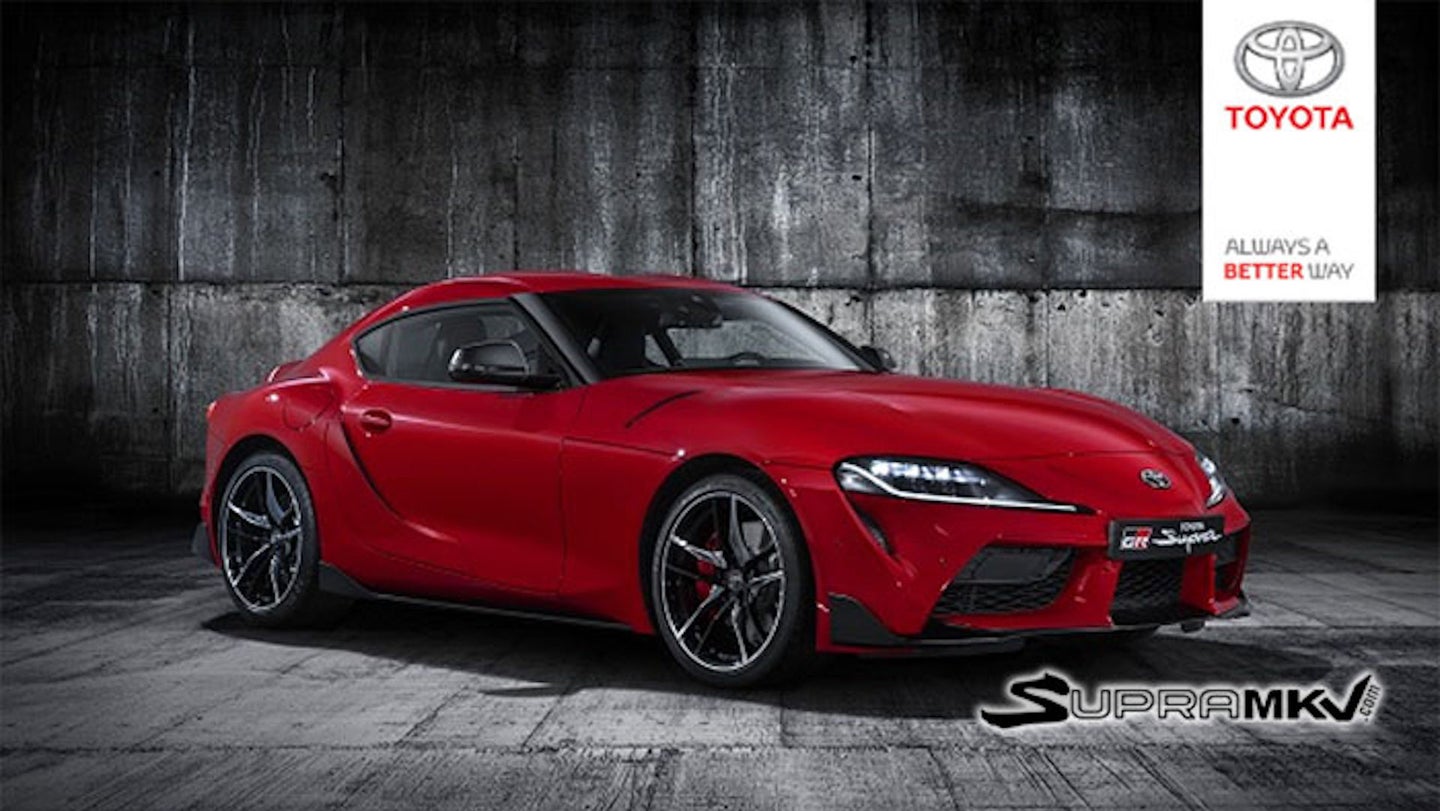 An email from Toyota Germany has allegedly shared images of the upcoming 2020 Toyota Supra prior to its formal reveal at the North American International Auto Show in Detroit next month.

A German user of Supra enthusiast site SupraMkV.com posted the images on Friday, claiming to have received them from Toyota Germany after signing onto a waiting list for the model.

"Don't know if these pictures are already widely known but I found them in a email from Toyota Germany when signing up for a waiting list for the Supra," stated the user. "In the email, Toyota Germany wrote 'Thank you for joining the Toyota GR Supra waiting List.'"

A noteworthy detail is that the official email text puts a Gazoo Racing (GR) prefix on the Supra's name, implying that the returning grand tourer could be called the GR Supra in Germany or the European market, if not elsewhere. This is further supported by the license plate placeholders found on the alleged Supra both front and rear, where they say "Toyota GR Supra."

The depicted vehicle bears an almost perfect resemblance to other alleged leaked images of the fifth-generation of Supra, including a claimed leak of the car's rear-end design from just before Christmas. Both leaks have depicted cars with classic Supra script just below a tall ducktail spoiler with a Toyota badge, though the previous photo wasn't detailed enough to show whether the rear fenders are vented on both vehicles.

Yet another alleged leak occurred mid-month, showing what was then claimed to be a finalized fifth-generation Supra's front end. The car shown in that photo shares front fender vents with the Supra in the photos that surfaced today, again correlating design features across claimed leaks.

If the photos so far seen by the public are hoaxes, someone's doing a damn good job of fooling the world. Given that all three Supras seen so far are in different colors, however, it'd be a high-effort prank to pull on fans of the model—especially so close to its official release in mid-January.