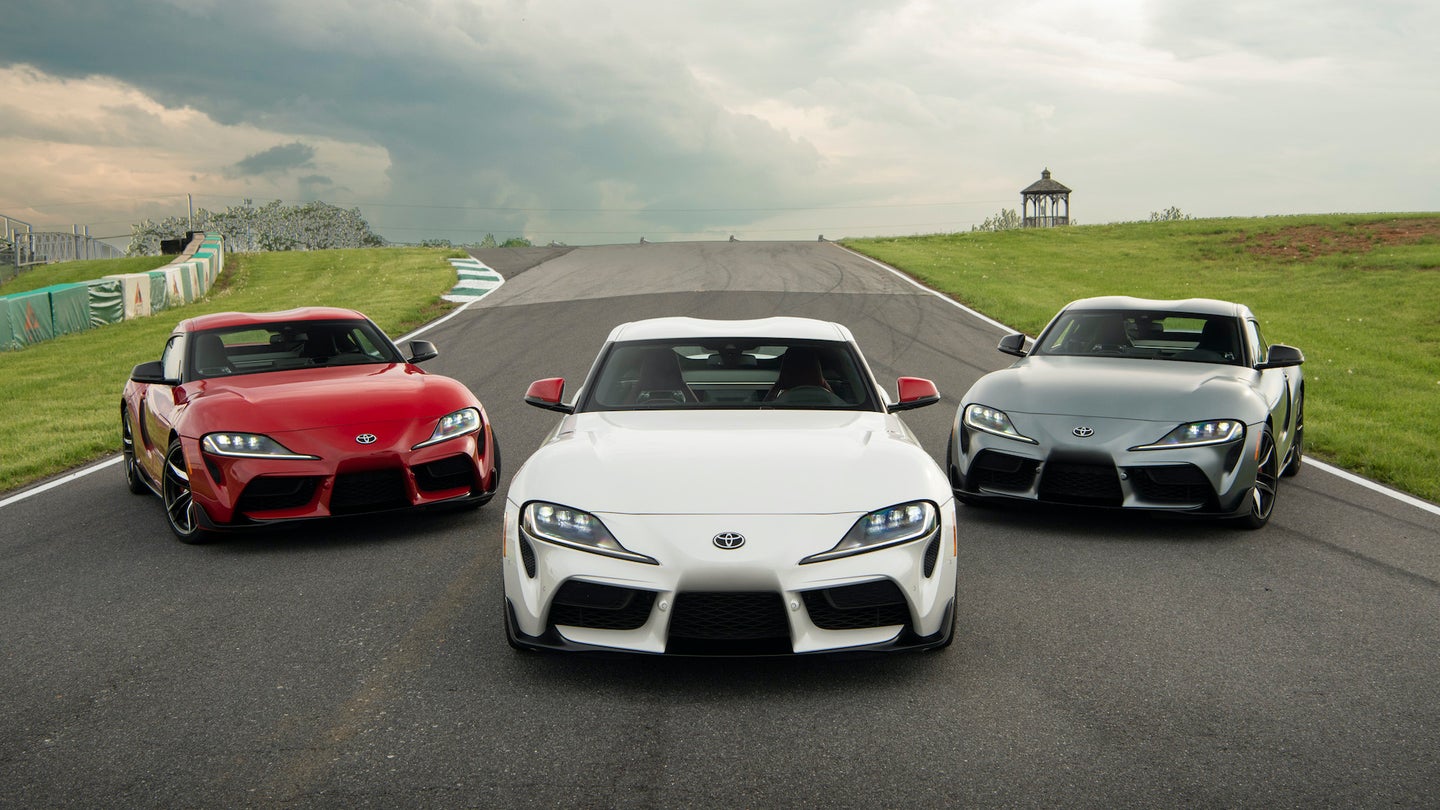 Price-points for Toyota's new four-banger GR Supra 2.0 weren't yet announced by the time the new entry-level model made it into our hands for review, but as of Wednesday morning, the two-liter Supra's mirror finally has a price tag hanging from its rearview mirror: $42,990. This means it's $8,000 more affordable than the least-expensive six-cylinder model.

This stepping stone between the aging 86 and the full-on GR Supra 3.0 is powered by a BMW-designed 2.0-liter engine producing 255 horsepower and 295 pound-feet of torque. Sent rearward through an eight-speed automatic transmission, these ponies can fling the four-cylinder Supra from zero to 60 in five seconds flat, and on to an electronically limited top speed of 155—the same as its three-liter sibling.

Losing two cylinders comes with the elimination of over 200 pounds of curb weight, and thus superior weight distribution, though the 2.0 has fewer tricks up its sleeve compared to the 3.0. Its brakes are smaller, and it lacks Adaptive Suspension, the Active Differential, or power seats, though these are the compromises one must make to get into a Supra as cheaply as possible.

Buying a GR Supra 2.0 requires passing over tempting competitors in its price range, such as the Ford Mustang GT, which starts more than $3,000 cheaper, offers a naturally aspirated 5.0-liter V8, and some semblance of a back seat. And if you're not in a let them eat cake income bracket, committing to a new Supra also means giving up your chance to buy the redesigned 86 that'll reportedly debut within the next year. Given the four-cylinder Supra's price point and power output, it wouldn't make much sense for Toyota to cannibalize Supra sales by offering the 86 with its rumored turbo power plant, so if you're holding out for a turbo-four, rear-drive Toyota, your options are Supra or the aftermarket.