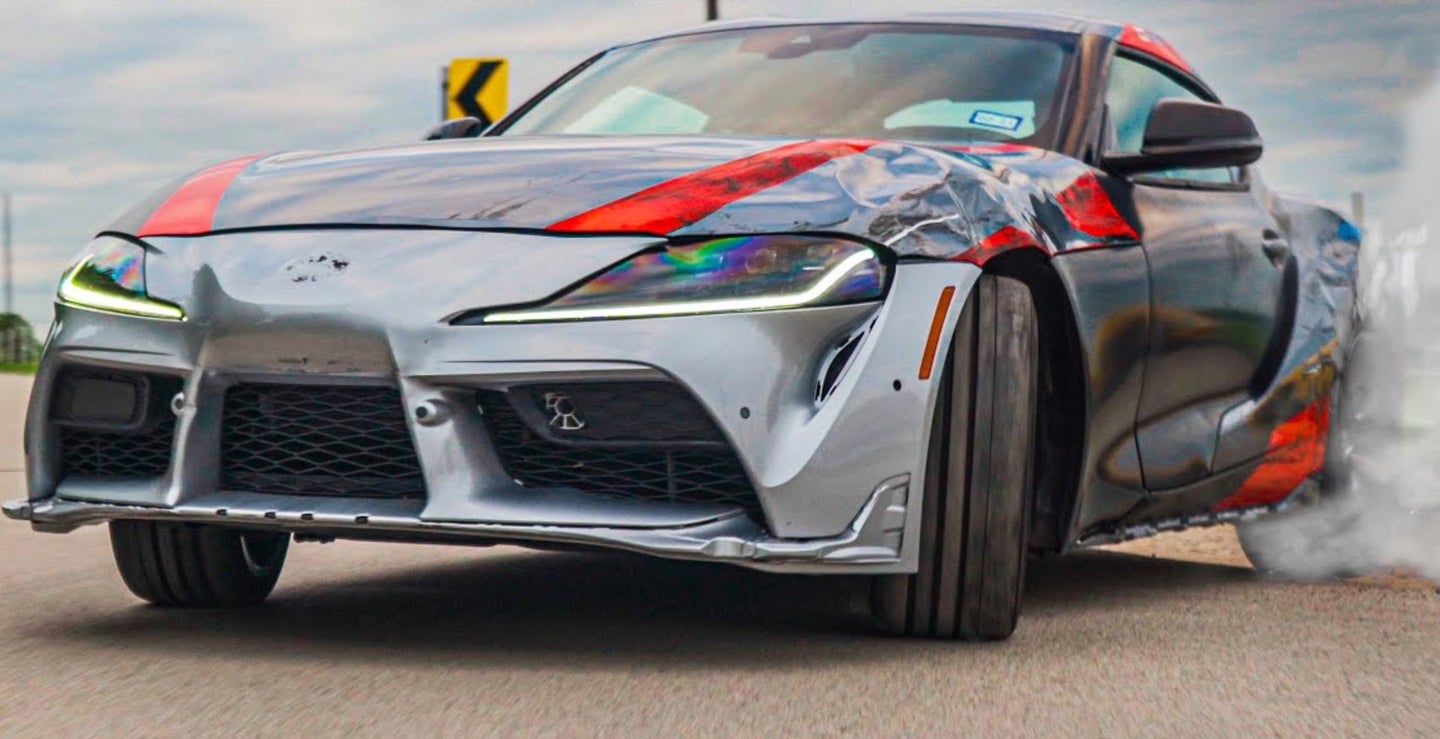 When flashy, brand-new sports cars are wrecked, there's almost always a story worth telling. Last year, we reported on what was believed to be the first crashed 2020 Toyota Supra that went up for sale. Around the same time, another Supra met a similar fate, albeit on a racetrack. The car was being driven in a time attack event by racer Jackie Ding last September when he skidded off-course and slammed into a tire wall, leading him to sell it to a couple of YouTubers to document the full rebuild process.

Now, less than a year later, the car is nearly finished.

In an overview video late last year, the Albon YouTube channel gave a rundown of everything that was wrong with the car. The hood was toast and still wore the scars it got from the encounter with the tire wall, but the underlying unibody was completely fine. The front quarter panel and driver's door had to be replaced as well, and with all of the car's airbags deployed, the damage inside appeared to be expensive. At least the overall prognosis was positive, given the frame's apparent escape from harm.

In the channel's most recent video, Albon shows off the Supra in its almost-complete state. The damaged body panels have been replaced and the broken suspension components are now repaired, but they haven't yet been able to source a hood. The car was filmed running in a previous video but we aren't treated to a startup in this update, so it's unclear how much work is left to be done from a mechanical standpoint.

It takes a lot of courage and maybe a little dumb luck to rebuild a new, complex sports car on your own, but that's what these guys are here for. After all, it'd be a shame to see the Supra lay to waste in a Copart lot instead of returning to the race track for another round of romping.

The Tesla Model 3 driver was told the bad news in the midst of his second-place podium celebration.