The Italian supercar maker may be gunning for a 'Ring record. 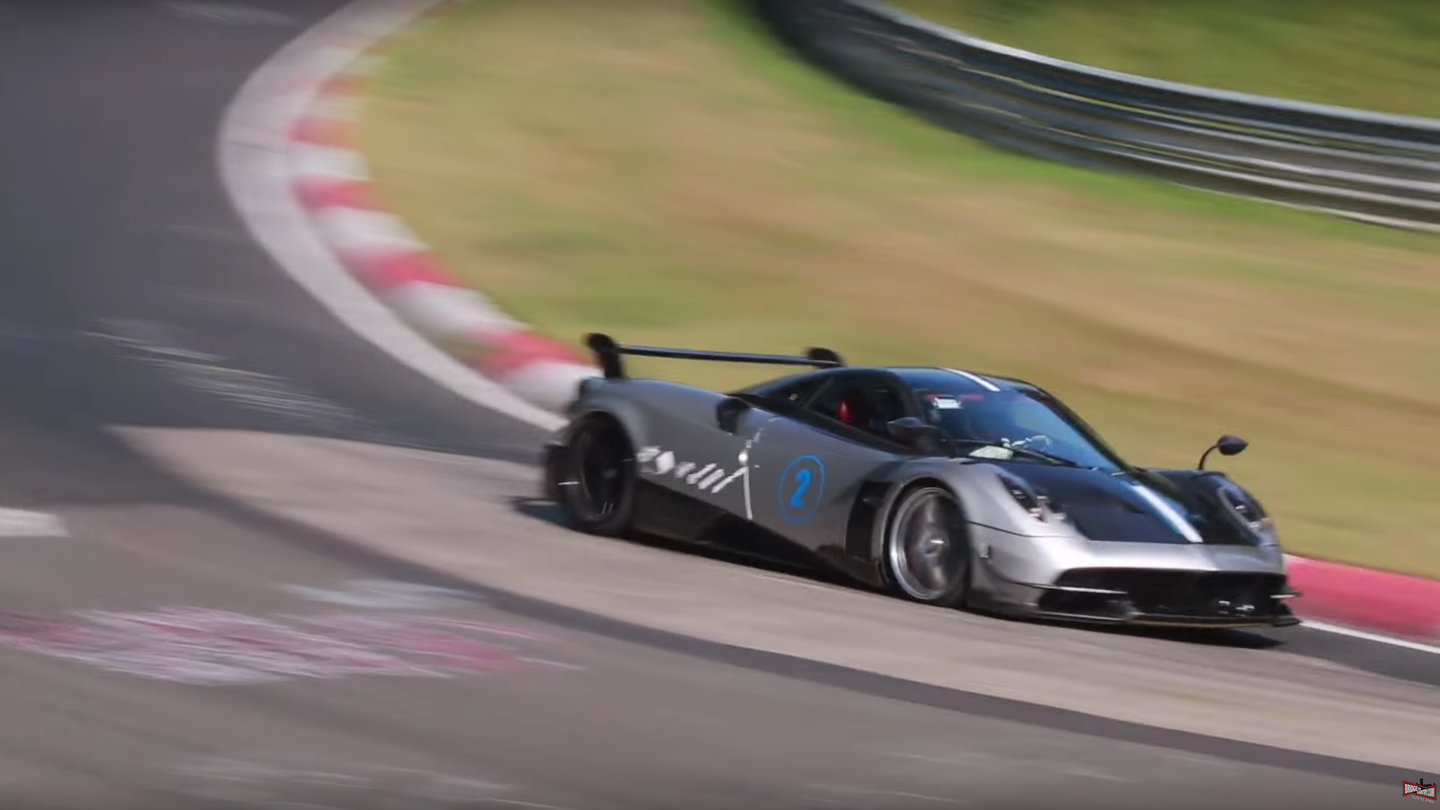 Look out, Porsche; heads up, Koenigsegg. Pagani is at the Nurburgring Nordschleife with a Huayra BC—and if the rumors are true, the Italian supercar maker is attempting to set a 'Ring record.

In two videos uploaded to YouTube by Bridge to Gantry, you can see the ultra-light, 789-horsepower Huayra BC ripping up the Karussell on the 12.9-mile Nurburgring Nordschleife. As BTG's Dale Lomas notes, there is effectively no imaginable reason why Pagani would be testing the Huayra BC at the 'Ring—or be at the infamous track at all—unless it was chasing a record attempt. So far, no official word has come from the Italian supercar maker as to whether it is indeed attempting a lap record, but the Huayra BC's apparently mental speeds at the Green Hell could seem to point to a chart-topping run.

If Pagani is going for the gold, the guy reportedly behind the wheel, Marc Besseng, would make for a logical choice. You know, being the guy who set a 6:47 lap of the track in a Pagani Zonda R and all.

We first saw the Huayra BC when it made its global debut right before the Geneva Motor Show earlier this year. The Italian supercar uses a twin-turbocharged V12 AMG motor and loses almost 300 lbs compared the standard Huayra, thanks to an impressive weight-savings regimin. Though official performance for the Huayra BC haven't been released, it is believed to have a top speed higher than the standard model's 230 mile-per-hour limit, and a zero-to-60-mph time of less than than three seconds.

If Pagani is looking to set a record, it sure seems that the company has all the right equipment at its disposal to do so. We'll let you know what we here.