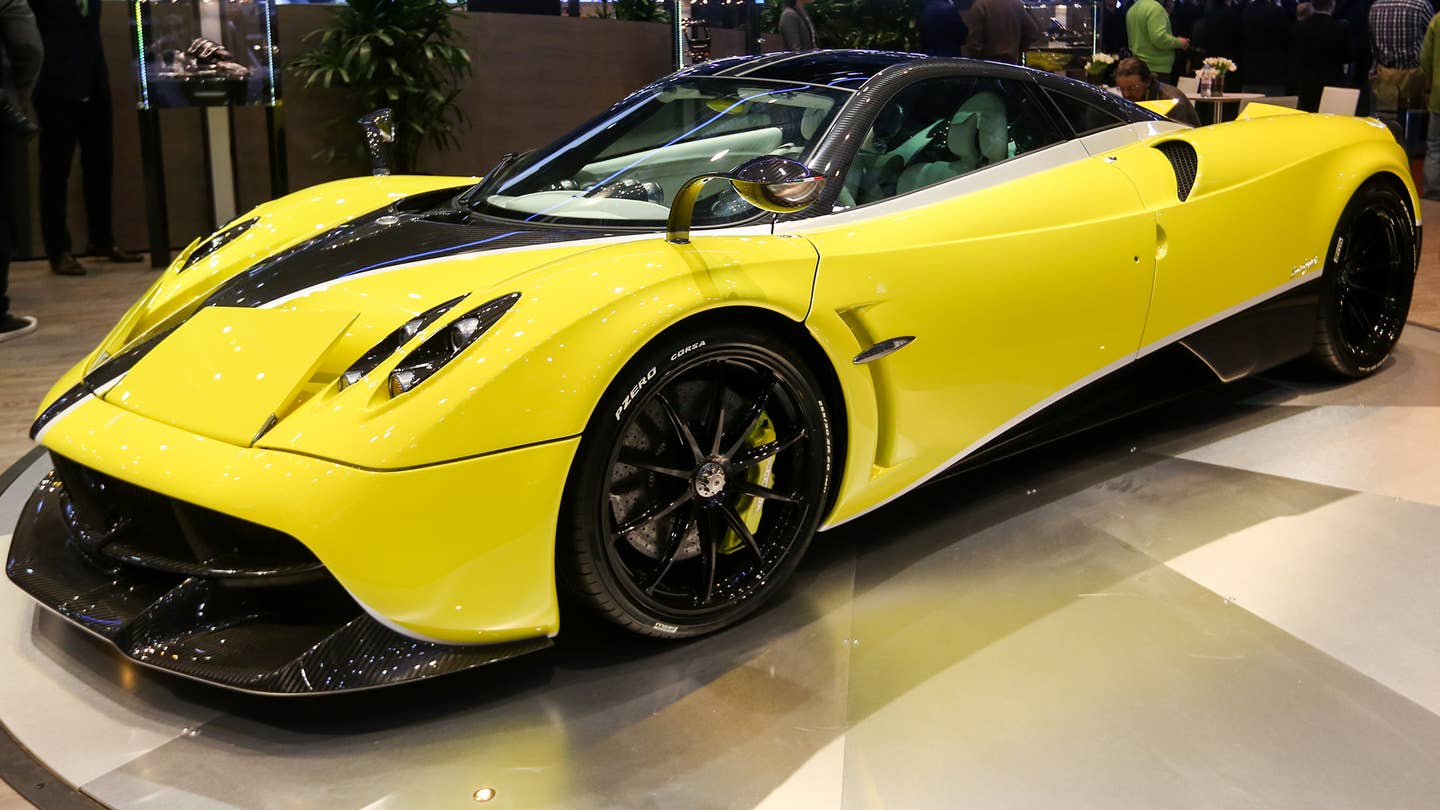 As if the 730-horsepower Pagani Huayra weren't enough of a monster already, the Italian supercar manufacturer now offers a new handling package that will reportedly push the car's performance from "world-class" to, um, whatever is better than that. We don't know for sure, because Pagani is still being cagey about what, exactly, those add-ons will be. All we know is that the package itself is about as expensive as a brand-new Ford Focus ST...plus a brand-new Acura NSX.

The "Pacchetto Tempesta," while Google Translate tells us is Italian for "Pontiac Tempest" "Storm Package," adds a litany of carbon-fiber aerodynamic accouterments to the super-pricey supercar. Pagani says it will involve unique wheels and a new front splitter that looks sharp enough to slice a sheet of depleted uranium. The engine and transmission are believed to go unmolested, but reports suggest the package will also add a lightweight titanium exhaust and a revised suspension setup.

Considering the asking price, the Pacchetto Tempesta better be more than just a body kit and some new rims. According to Autocar, the Storm Package will set buyers back €160,000 before the tax man adds his tariff—roughly $182,000 at today's exchange rates.

Now, as a percentage of the Huayra's roughly $1.3 million MSRP, that may not seem like much for a Huayra buyer—but it's still more than a whole bunch of cars we wish we had parked in our garage. So we at The Drive pulled together a list of incredible vehicles we'd buy instead of equipping our imaginary Huayra with the Pacchetto Tempesta. Hey, it's not like our make-believe Pagani handles like a turd without it.