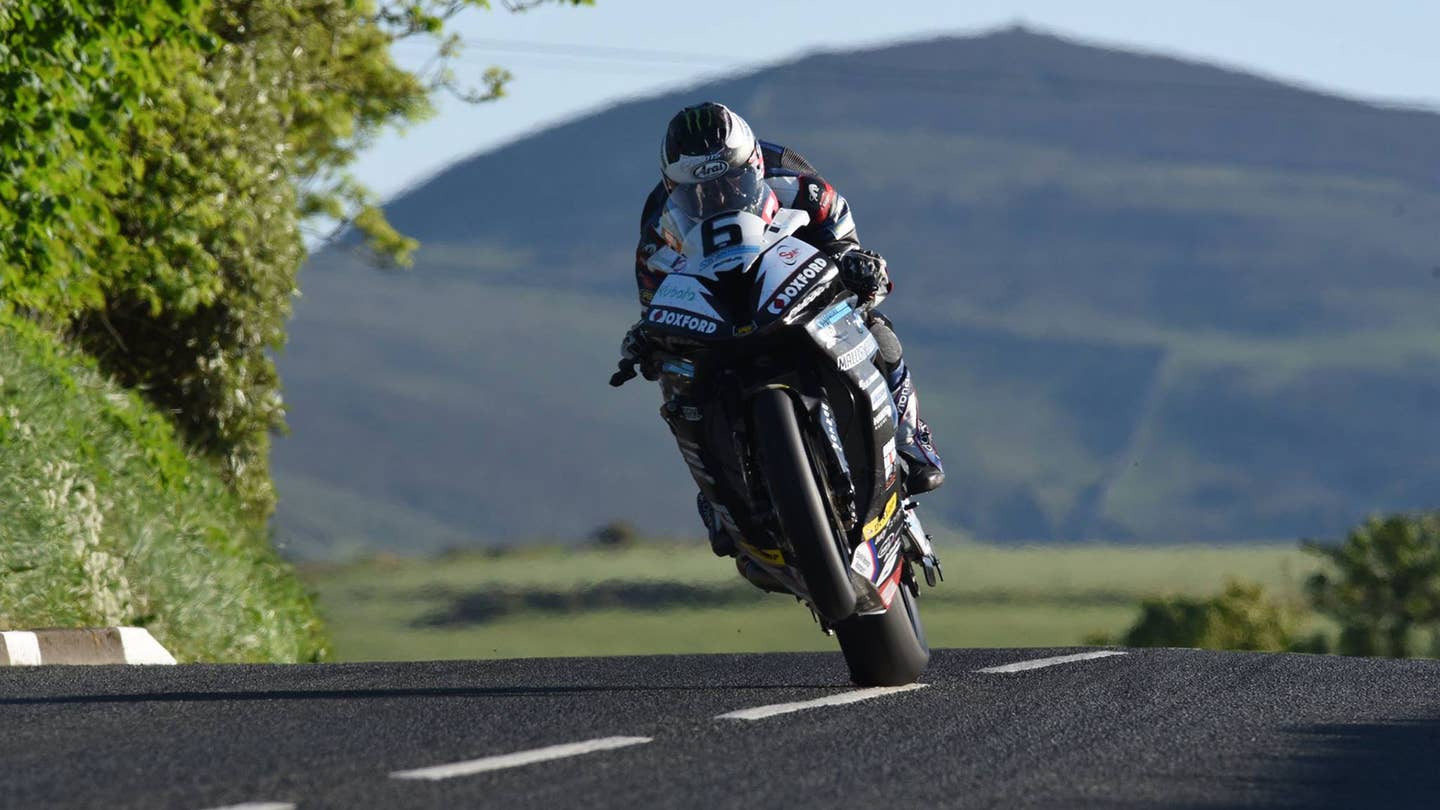 Michael Dunlop broke both race- and lap records at the Isle of Man while competing in the RST Superbike TT race this weekend. The 27-year-old's laps were the first ever to clock in under 17 minutes. Because of that, and thanks to the insane speeds he carried, Dunlop was also able to secure the race win.

Dunlop started hot and kept it going. His first two laps on the 37.73 mile Snaefell Mountain Course were sub-17 minutes, and progressed to a record time of 16 minutes and 58.254 seconds. Ian Hutchinson, Dunlop's competitor (and the eventual second-place finisher) had a lap time that was a full 19 seconds slower. Dunlop also slated a six-lap race record of 1 hour, 44 minutes,and 14.259 seconds.

On his record lap, Dunlop managed an average speed of 133.393 mph. The ability to carry an average speed above a buck-thirty over dangerously terrifying tracks like the Snaefell Mountain Course shouldn't even be possible on two wheels. Thankfully for us, and everyone else who loves watching motorcycles go mind-bendingly fast, Dunlop proved that it is.

Two competitors racing in the Isle of Man TT's sidecar races were killed in separate incidents—an unfortunate incident in any competition, but hardly unexpected at the TT. Racer Dwight Beare, 27, crashed on the Mountain Course. It was his third year running at the Isle of Man. In 2014, Beare competed in his first Isle of Man event in the annual road race.

Paul Shoesmith, 50, was killed when his sidecar crashed during a practice session. Shoesmith had raced at the Isle of Man since 2005. Over 240 people have been killed in the 100-plus years that motorsport events have run at the Isle of Man.