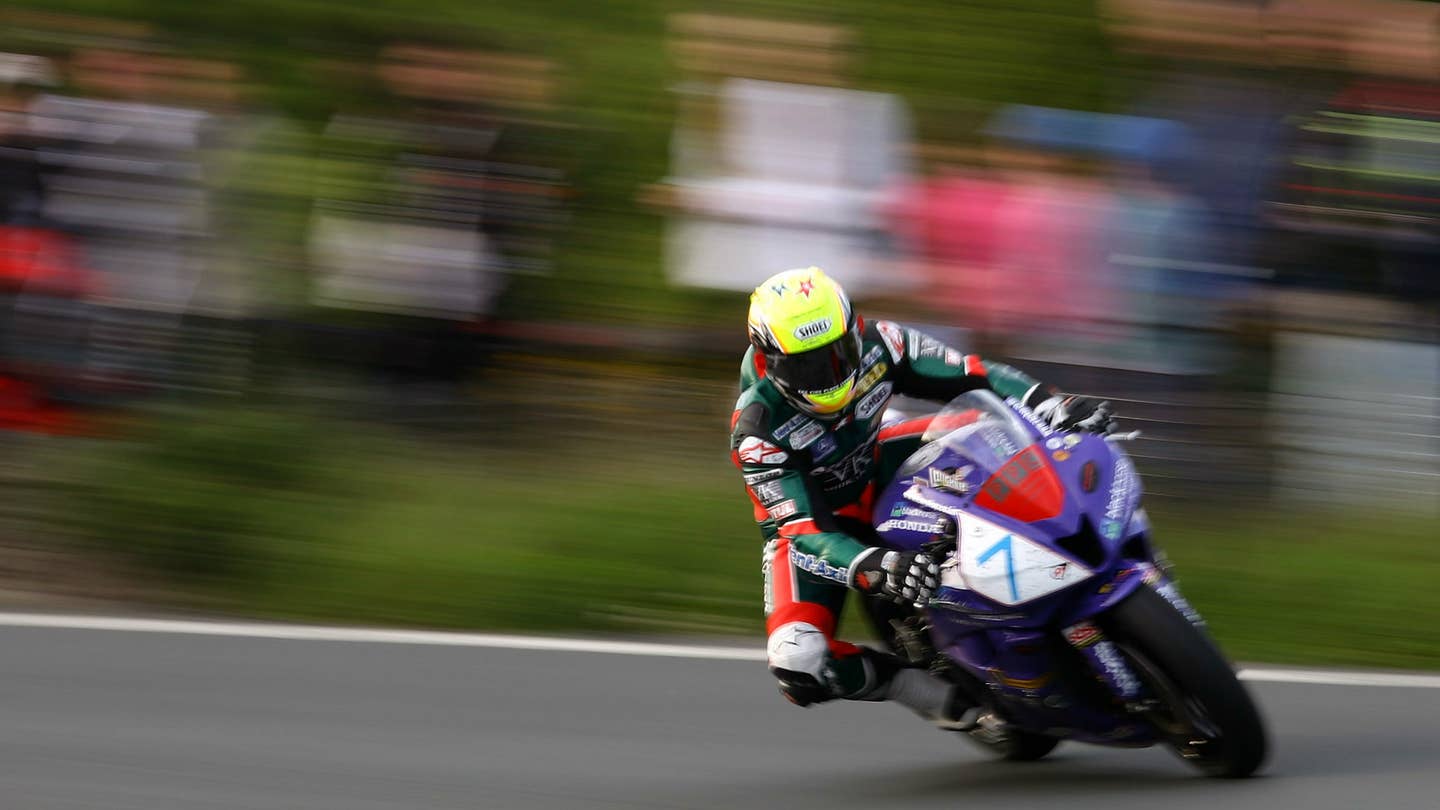 There’s racing, there’s motorcycle racing, and then there’s the Isle of Man TT. Part speed trial, part carnival, the event has been taking lives in one form or another since 1911. The 37-mile Snaefell Mountain Course is treacherous, a thin band of asphalt tracing the island’s perimeter, through small towns, almost entirely bereft of modern safety measures. It feels ritualistic, a distinctly Aztek brand of motorsports. It may be the single most exciting week of motorsport in the world.

And, this year, you’ll be able to watch all the speed and terror via 360-degree livestream, in glorious 4K quality. That’s thanks to a partnership with 360fly, which will a provide constant feed of the race from several different locations, including the pressroom, paddock, and, of course, onboard the bikes. Not only that, but it’ll all be compatible with Google Cardboard and similar tech—yes, you can watch guys wrangling liter-bike wheelies at Autobahn speeds in full-on virtual reality.

The livestream will come through the free Livit Now app, with playback shown on the Isle of Man TT Facebook page. Superbike races kick off on Saturday, June 4. Wear a diaper.