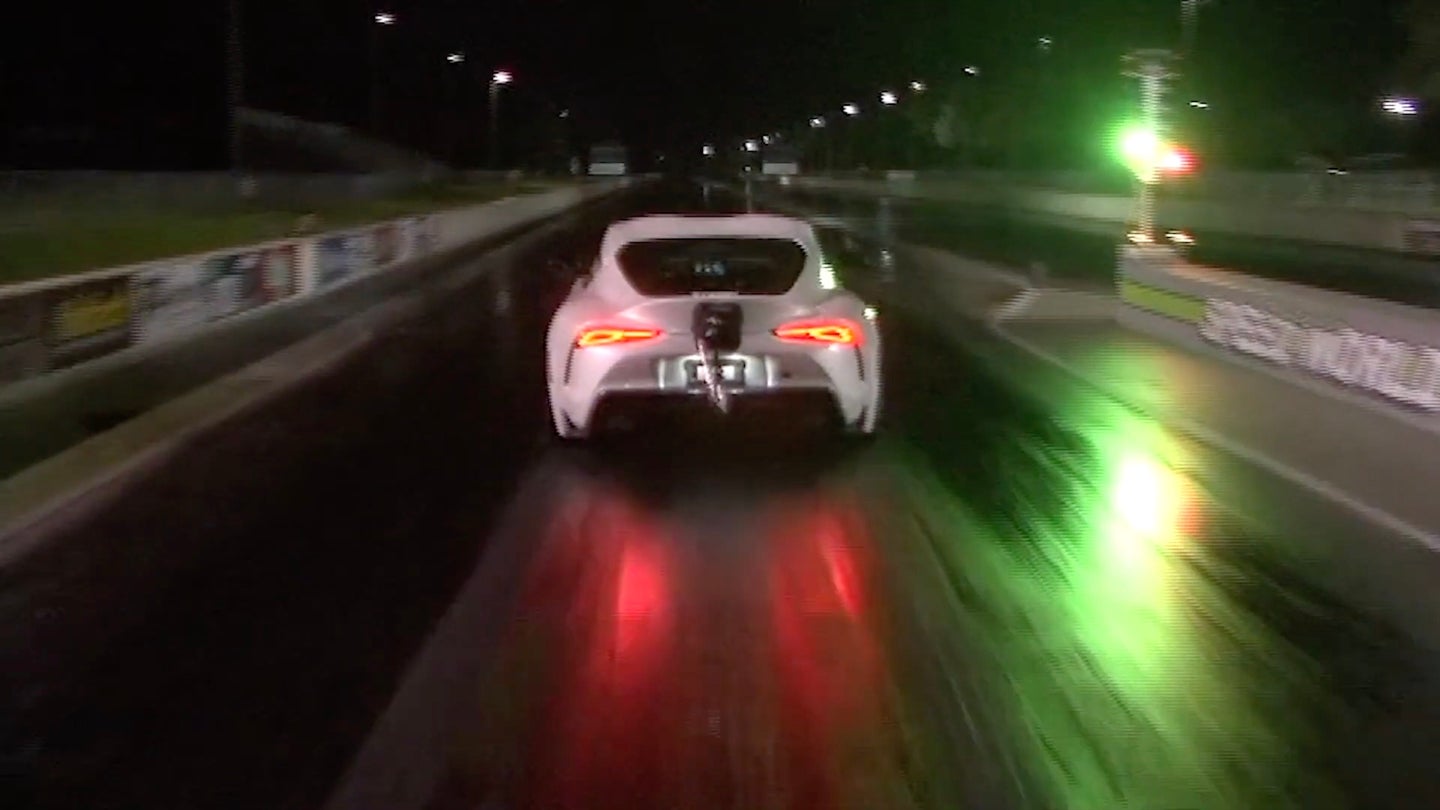 Toyota's new BMW Z4-based Supra may have disappointed many, us included, but if there's one advantage to copying the Germans' homework, it's that the GR Supra has been able to piggyback on years of tuning knowledge for BMW's B58 turbo-six. Because of that head start, Supras were picking up plenty of power right out of the gate, and scarcely 19 months after entering production, one example has already laid down an eight-second pass in the quarter-mile.

The pioneering car was built by Titan Motorsports in Orlando, Florida, who combined a Pure 800 turbo kit, an upgraded downpipe, ethanol fuel system and stronger DSS axles to create the blisteringly quick Supra. Oh, and nitrous, plenty of nitrous—at least in its top state of tune, which measures 861 horsepower and 773 pound-feet of torque.

After shaking the car down and getting a feel for it at FL2K, a major street car drag and roll race meetup, Titan returned to the track and notched the GR Supra's very first eight-second pass with an 8.941-second run at 154 miles per hour.

Titan filmed both that historic pass and a record-setting one that followed, which achieved a lower trap speed of 152 mph, but a quicker overall pass at 8.930. Not bad for a car that Titan says it's only been developing for 14 months.

If GR Supras are already laying down times like these with lightly modified engines and stock transmissions, one can't help wonder what's in store as tuners get a better feel for the platform. Or, for that matter, the enhanced, 510-horsepower S58 motor rumored to power an upcoming GRMN Supra. For all it has been maligned, it seems the GR Supra is living up to expectations after all.

No one is safe on Mustang Night.

Watch it pop a wheelie and blow some minds when it comes to what an EV should sound like.