The company will deploy underwater UAVs to detonate underwater mines instead of risking divers’ lives. 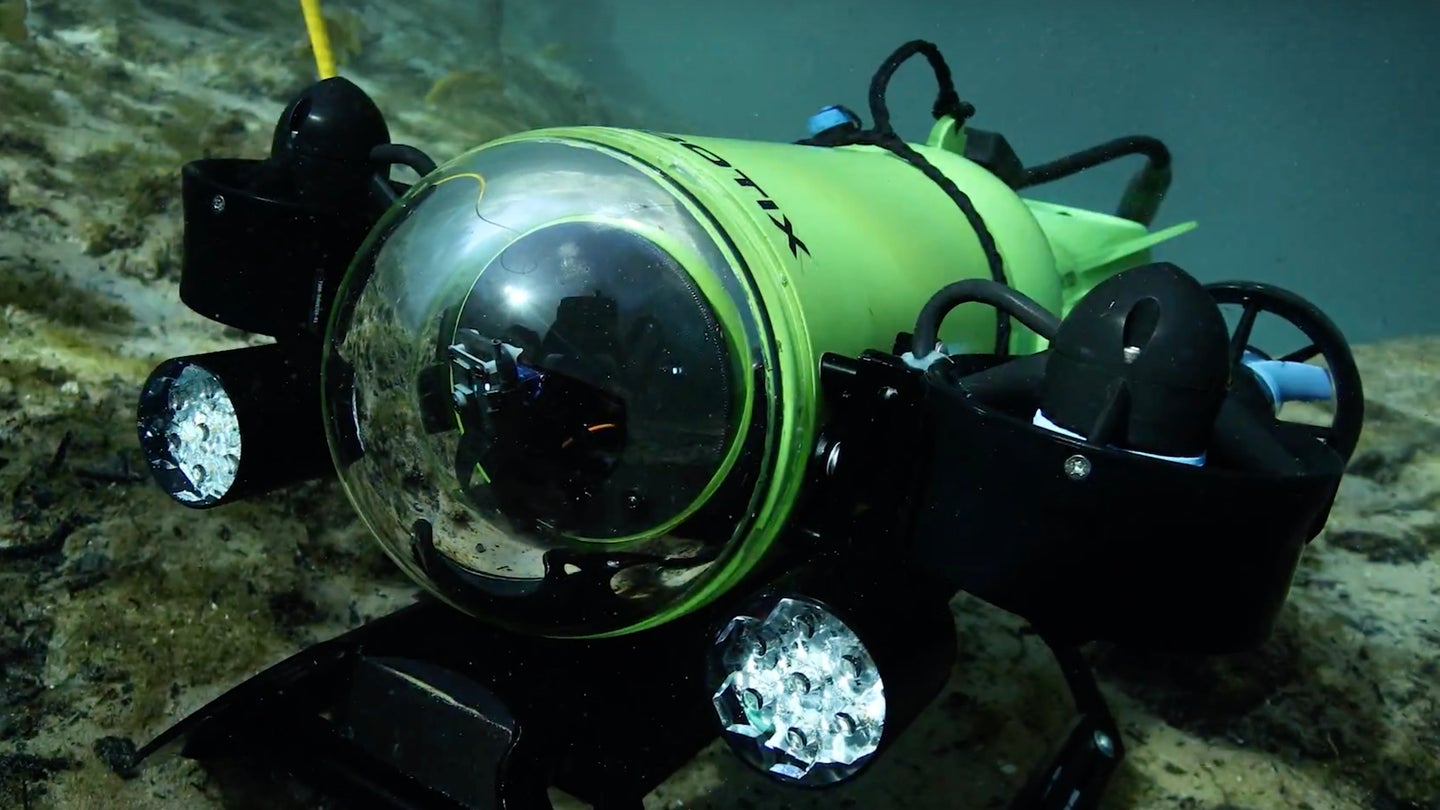 Underwater drone company Aquabotix has just been granted a Federal Explosives License by the United States Bureau of Alcohol, Tobacco, Firearms and Explosives, according to a company press release published Monday.

The last time we covered Aquabotix, it concerned the company’s second-generation Integra drones. These remotely operated vehicles were focused on changing the scope of environmental assessment, and aid in water-based search and rescue operations. Obtaining an explosives license indicates a dramatic shift in the company’s business.

“Being granted this license will enable Aquabotix to conduct activities related to the development and manufacturing of unmanned underwater and surface vehicles with explosive capabilities,” said Aquabotix CEO Whitney Million. “We anticipate that expanding our offerings to cover the neutralization and disablement of targets will open up a much wider range of uses, contracts, and customers for Aquabotix, and obtaining this license is a key step in progressing towards that goal.”

To Million’s point, broadening Aquabotix’s horizons from mere underwater environmental assessments and search and rescue missions to the lucrative security industry is certainly a deft business choice. For those keen on removing underwater targets, Aquabotix is now a considerable option, as the company has proven itself a sophisticated ROV company and now has an official ATF license pinned to its lapel.

The press release elucidates a few points made in an Aquabotix video released last month, in which Millions spoke about the Aquabotix SwarmDiver underwater drone. She refers to a vast amount of trade routes plagued by old or undetonated mines littered across their path. Countless container ships and research vessels in conflict areas are at risk of encountering dangers like this, she explained. Instead of sending in divers to locate these explosives in typically shallow waters, the SwarmDiver drone could be deployed in their stead. The ROV could then easily detonate the mines in question, without risking people’s lives.

Ultimately, using unmanned technologies to combat extremely dangerous obstacles in the wild has become a tried and true approach. From aerially identifying python snakes in Florida’s Everglades to assessing the structural integrity of a burning building before sending in first responders, remotely operated vehicles are undoubtedly an affordable, logical alternative to the conventional, manual option. As such, expanding the company’s offerings from underwater assessment to the preventative security world is a business move likely to pay off.

The Transportation Safety Administration says it’s partnering with passenger railway service in trying out the devices in mass transit setting.