Polaroid-Licensed Drones Take Off This October

The instant film photo camera company Polaroid is celebrating its 80th birthday by joining the fray of flying cameras by licensing out its name to four new ‘budget drones.’ 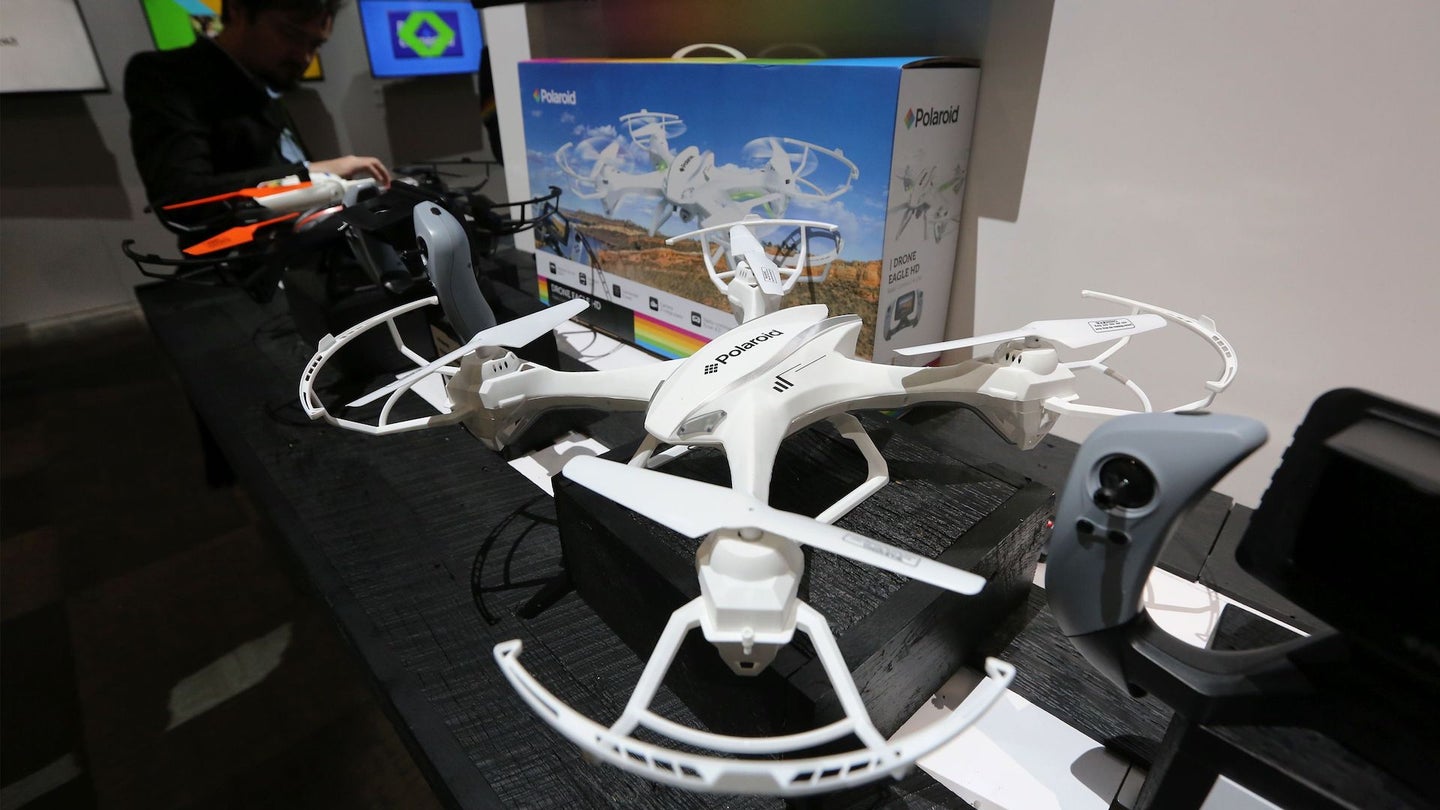 Polaroid was founded in 1937, with its instantly recognizable instant film photo cameras cementing its legacy as early as 1959. Even as a millennial, the brand is familiar, thanks to the resurgence of the world-renowned cameras making a comeback as a nostalgic throwback with a new look but the same old tech. As it turns out, taking photos and printing them out seconds later is still pretty impressive in this day and age. Well, according to Digital Trends, Polaroid is about to license its brand for a more modern departure from its comfort zone: Camera drones.

Conveniently rolled out for the company’s 80th anniversary, the company is using its name to license four new Polaroid-branded camera drones, differing in size and technical specs. The PL2900, PL1000, PL3000, and the PL 1300 are all what the drone industry is calling "budget drones." That term describes their price point as unmanned aerial vehicles. They cost up to few hundred dollars, vs. their more sophisticated, more expensive, technically impressive competition.

But don’t let that fool you. "Budget" doesn't mean they're low quality. From the looks of it, these UAVs seem like the perfect entry-level camera drones for that young novice in your family who’d be eager to both fly something and print out photos in an instant.

Let’s take a look at the line-up, shall we?

Reportedly, the PL2900, a quadcopter with Polaroid’s recognizable rainbow-colored stripes on its exterior, costs $299. It’s fitted with a 720p HD camera and uses Wi-Fi to stream captured footage to your iOS or Android-based smartphone. Additionally, that footage is stabilized thanks to the PL2900’s six-six gyroscope. This thing will fly for 10 minutes at up to 16 miles per hour, though Polaroid admits the travel distance to be around 1,000 feet at less than maximum speed on one charge (the batteries for which, are not included. Bummer). However, the drone has a "headless mode" which lets you use familiar features like automatic drone return, setting an altitude for the UAV, and forcing landings upon signal disconnect. Though this isn’t the most technically impressive UAV, it sits at a decent price point for its abilities and admitted brand recognition.

Unfortunately, the PL1000 reduces flight-time to seven minutes, but that gives you a faster speed of 20 mph, as well as a change in design that includes a red exterior and outer guards.

According to Digital Trends, the PL3000 shares its 10-minute flight time with the first drone in this lineup (though an additional speed option of 20 mph is available), as well as the black and Polaroid-striped coloration. The PL2900 camera and gyroscope are featured here, too. The shape, however, is smaller, and more circular. In the end, this version is $50 cheaper than the PL2900, resulting in a price of $250.

Finally, Polaroid decided to offer consumers the choice of a mini-drone. The PL 1300 will run you a mere $50. Naturally, this comes with a few sacrifices, such as the 480p camera, and a significantly reduced flight-time of six minutes. Though the aforementioned "headless mode" is still retained here, and there are three speed settings (which max out at 20 mph), this certainly seems like the least-appealing version of the four Polaroid UAVs available.

Ultimately, none of Polaroid’s drones, which start shipping on Saturday, is a jaw dropper. If you’re into UAVs, none of these so-called budget drones are on your Christmas gift list, at least not for you. These are the kinds of UAVs that may interest you as proposed presents for some of your relatives. Your nephew or uncle might really dig a new Polaroid drone, and the upside is the choice in price-points and seemingly impressive brand-name attachment.

What do guys think? Is Polaroid just licensing their name to a popular, modern recreational hobby? It doesn’t really look like the company is filled with passion and vigor for UAVs, but perhaps this initial line-up is just the shy beginning of things to come. Who knows, we might get a serious $400-500 FPV drone from these folks in a year or two. We’ll just have to wait and see, for a bit more than an instant.

Does the GoPro Hero6 Camera Make the Karma a Perfect Filming Drone?

GoPro unveiled its new Hero6 Black action-cam on Thursday, which makes utilizing it along the company’s Karma drone an incredibly appealing prospect.