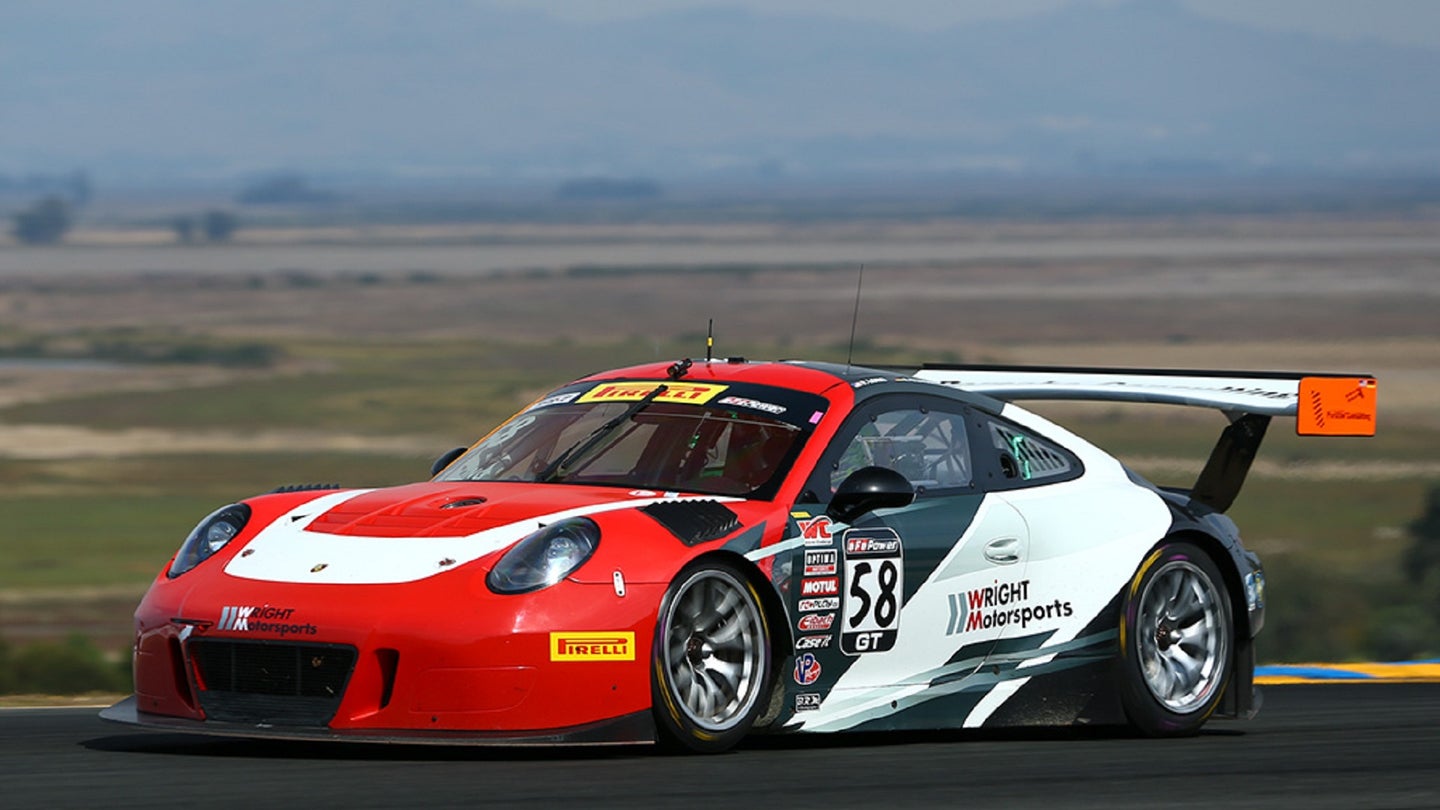 While Porsche's GT ace won neither of the double-header rounds at Sonoma Raceway this weekend to close the Pirelli World Challenge regular season, he did manage to score a pair of podiums. Those excellent finishes, in combination with his closest competitor faltering allowed him to clinch a whopping four titles in two days. While the SprintX championship went to Cadillac this season, Porsche was dominant across the full Sprint season, and scored enough points in the overall championship to dominate that one as well.

“My plan was to try to go out there and finish out the Overall Championship, so I had to stay close to Michael (Cooper) and Alvaro (Parente). I found a championship that was stripped out of my hands in the last half lap last year based on some errors from a car ahead of me and I felt like there was a little bit of risk here today with a couple of cars ahead of me that I thought I had some pace over. I made a decision to play it a little bit safe through the mid-race and let the doors stay open for me. In the end, I still wanted to race for the podium and show what the car was capable of and that allowed us to secure pole for tomorrow which was another point that made my job a little bit easier. Any given Sunday you can have a different winner and I think that’s unique for Pirelli World Challenge. I love being here. I’ve raced a lot of different championships this year for Porsche and I really have found a home here. To be a champion overall, it’s been a long wait since we had our last champion in 2011. So eyes up for tomorrow, we’re going to race for the win and try to go out on top.”

“Yesterday was a different race for me trying to close out the overall championship with one round remaining so I can run today with gloves off. Michael (Cooper) had a great start and made me work for it to keep up with him. We worked hard on the car last night and were able to make a lot of improvements. It’s very difficult to run behind a car in dirty air. He was definitely running strong in a lot of places and in a few places, with our car being a little bit lighter and a shorter wheelbase, we were able to make up some of that ground. Pierre (Kaffer) ran really hard at the end. Hopefully it was as gripping and exciting a race to watch, a different type of race to watch. I’m very proud to close out the Sprint Championship and the team championship today.”

Like Saturday, Sunday ended with Pat Long scoring another pair of championships. By scoring the pole for Sunday's race he started off in the right place. His closest competitor for the GT Sprint championship, Alvaro Parente, was taken out on lap one with a big collision in traffic. From there, Pat simply played it safe and brought the car home in second after being overtaken by Cadillac's Michael Cooper on the opening lap. The second place finish afforded him enough points to secure the Teams Championship for Wright Motorsport and the 9-round GT Sprint championship-within-a-championship.

Well done Pat, Porsche, and everyone at Wright.