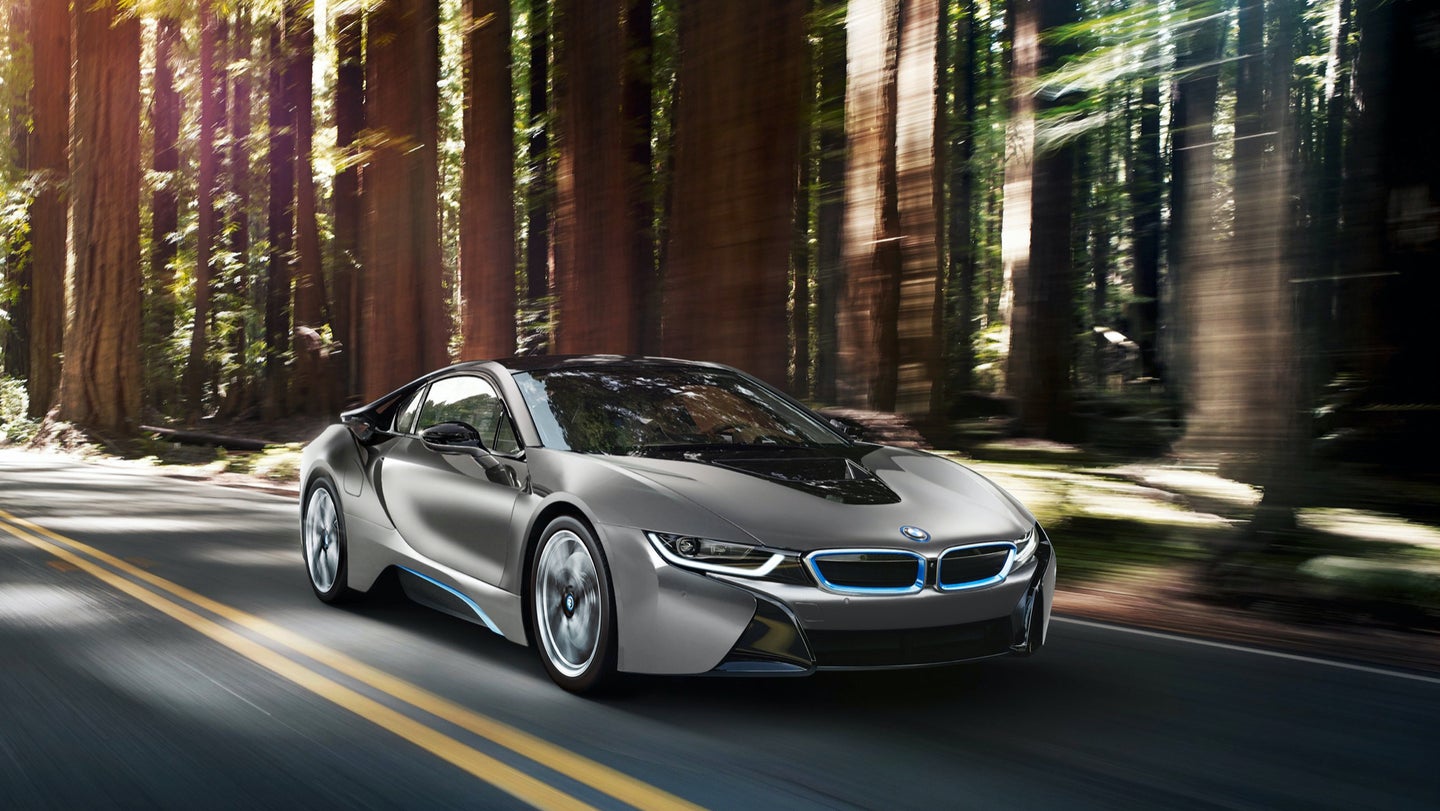 BMW board member Klaus Fröhlich hinted to Autocar that a new BMW supercar could be on the way soon, possibly as an indirect replacement for the i8. After all, everyone seems to be making pricey, limited-run supercars lately, so why wouldn't BMW want a piece of that pie?

Fröhlich, the board member directly responsible for product development, told Autocar that BMW could base a new carbon-fiber-bodied hybrid supercar off its existing work on the i8:

If you are an engineer, once in your life, you want to make a super-sports car. I think partial electrification will enable that.

If we have these very compact and very powerful electric driving units, if we have a carbon fiber chassis – for example, the i8’s – and if we still have high-performance engines, then, if you do it cleverly, you can combine them into a real performance package.

If you look at the supercars – the McLarens, the Ferraris – beyond 2020, they will be all partially electric. And if you look at power plug-in hybrids we are planning for today, an electric motor in our PHEVs has a little bit more than 99 bhp and 184 lb-ft. of torque.

The i8—which is BMW's current hybrid sports car—is getting up in years, and Autocar claims there isn't a replacement planned for it (although BMW hasn't gone on the record to confirm that yet). The i8 is a quirky, futuristic looking car, but has been overshadowed by much more powerful high-end hypercars that use hybrid powertrains for mind-blowing speed.

But BMW could easily use the technology that went into the i8—especially when it comes to manufacturing a carbon fiber chassis—in this new supercar.

Like the i8, it would have a petrol engine assisted by electric motors, only this new model would use a much larger combustion engine, potentially with six-cylinders instead of the i8's three. Likewise, BMW's PHEV electric motors are much more powerful now, with Fröhlich telling Autocar that these motors alone will produce over 197 bhp and 378 pound-feet of torque within a few years.

"So if you see this e-motor in a car which can give you in milliseconds the push formerly found in a V8 engine, then you can have a very sporty feel from this power PHEV—and it fits perfectly to the M brand," Fröhlich told Autocar.

This new BMW, which could arrive as soon as 2023 and would sit at the top of the performance M division's lineup, would be limited in run to maintain some exclusivity and protect its residual value, unlike the i8. It would also fetch a higher price point than the i8, making it a direct competitor to cars like the Acura NSX or the McLaren 570S.

Fröhlich confirmed to Autocar that the M-division is getting electrified soon, although its focus will be on hybrids for the near future.

"M will also be electric in the future, but we will work very heavily on partial electrification on M cars," Frölich told Autocar. "This is because they do not only need acceleration on the straight. They have to drive around corners and race tracks, so weight is an issue and electric vehicles still have a weight penalty for range."

BMW's two platforms that will be in use from 2021 on have the ability to use either full-electric, plug-in hybrid, or combustion-powered drivetrains, which will enable the marque to simply use what makes the most sense in its future models.