Power to the people—and the rear wheels. 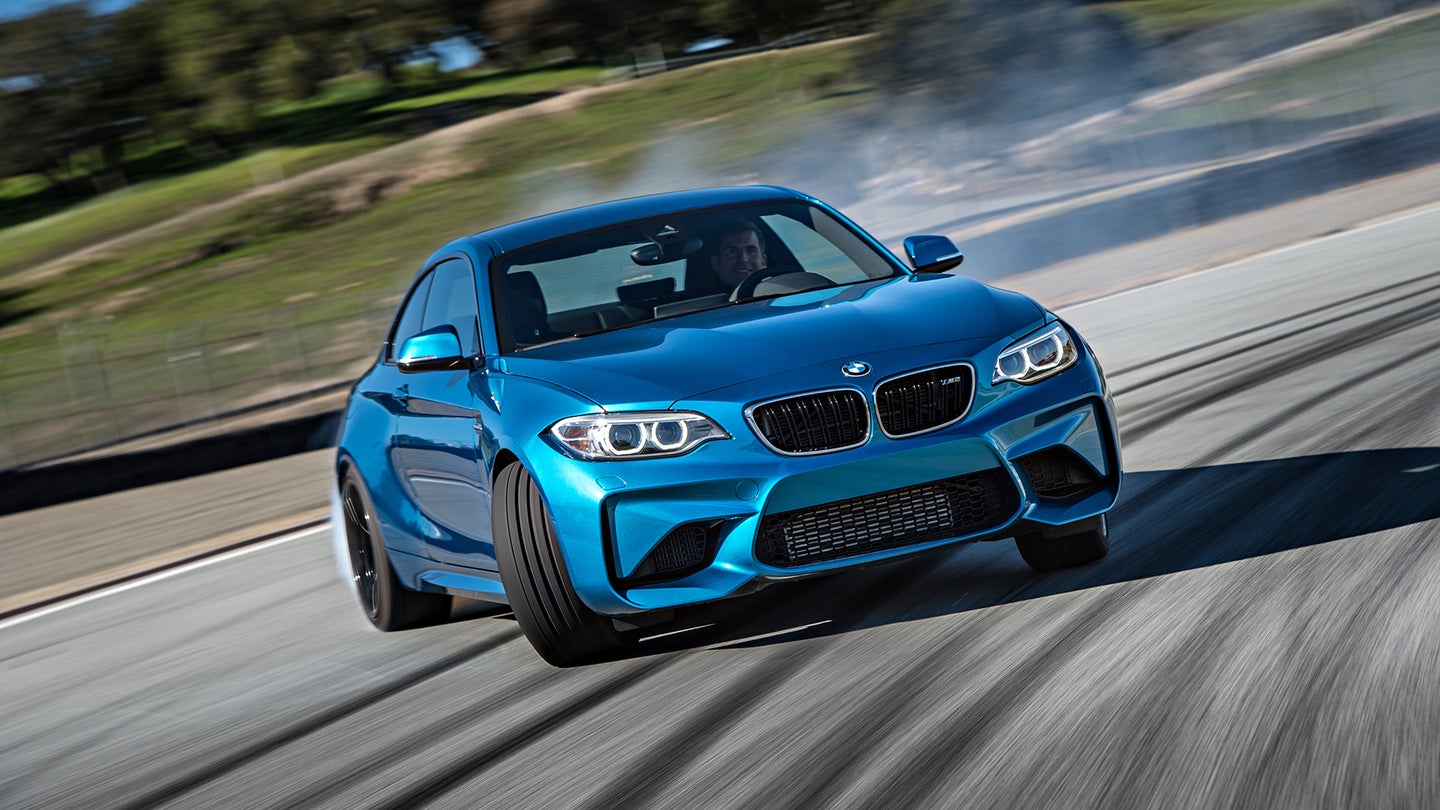 The debut of the next-generation BMW 3 Series at the 2018 Paris Motor Show brought company executives out in force to talk up their newest creation, and some have looser lips than others. Talking to Motoring, BMW development head Klaus Frohlich let it slip that the upcoming 2 Series will officially be retaining its rear-wheel-drive layout, earning it an official internal nickname that ought to have driving purists breathing a little easier: drift machine.

As the rest the lineup gets bigger and fancier with each passing year, the BMW 2 Series is in many ways a holdout from a simpler era. It's compact, comfortable, and utterly engaging, offering the same kind of spiritual balance that used to define the company's entire model range. But things have been looking uncertain of late, with reports suggesting the next-generation model could drop the manual transmission and move to a MINI-sourced front-wheel-drive platform. Say it ain't so, Frohlich.

"People asked, 'does [rear-wheel drive] really matter because the segment is too small?' And I think it is so important for the brand and it's so important for M, because the M2 is the entry model." he told the website. "So I fought hard and I won, so you will have also a 2 Series successor that will have the power where you need it."

Talk about the good fight. Once that was settled, Frohlich insisted that everyone working on the project refer to it as "drift machine" to drill home that the 2 Series has to remain a driver's car. BMW seems to have taken a keen interest in drifting lately—not that we're complaining.

"The next-generation 2 Series will be called the drift machine, so whenever I look at the design I can say [to our design chief], 'Does that really look like a drift machine?'" he said. "It should have more thrill, do something more. If I drive the car, I say 'Is it a drift machine?'"

The realities of building a car are a little more complex than saying "drift machine" a thousand times, but with a baseline like this, it's hard to imagine the next BMW 2 Series straying too far from its roots. Now, about that third pedal...