BMW is said to be designing its newest cars after its Vision Future concept previewed in 2014. 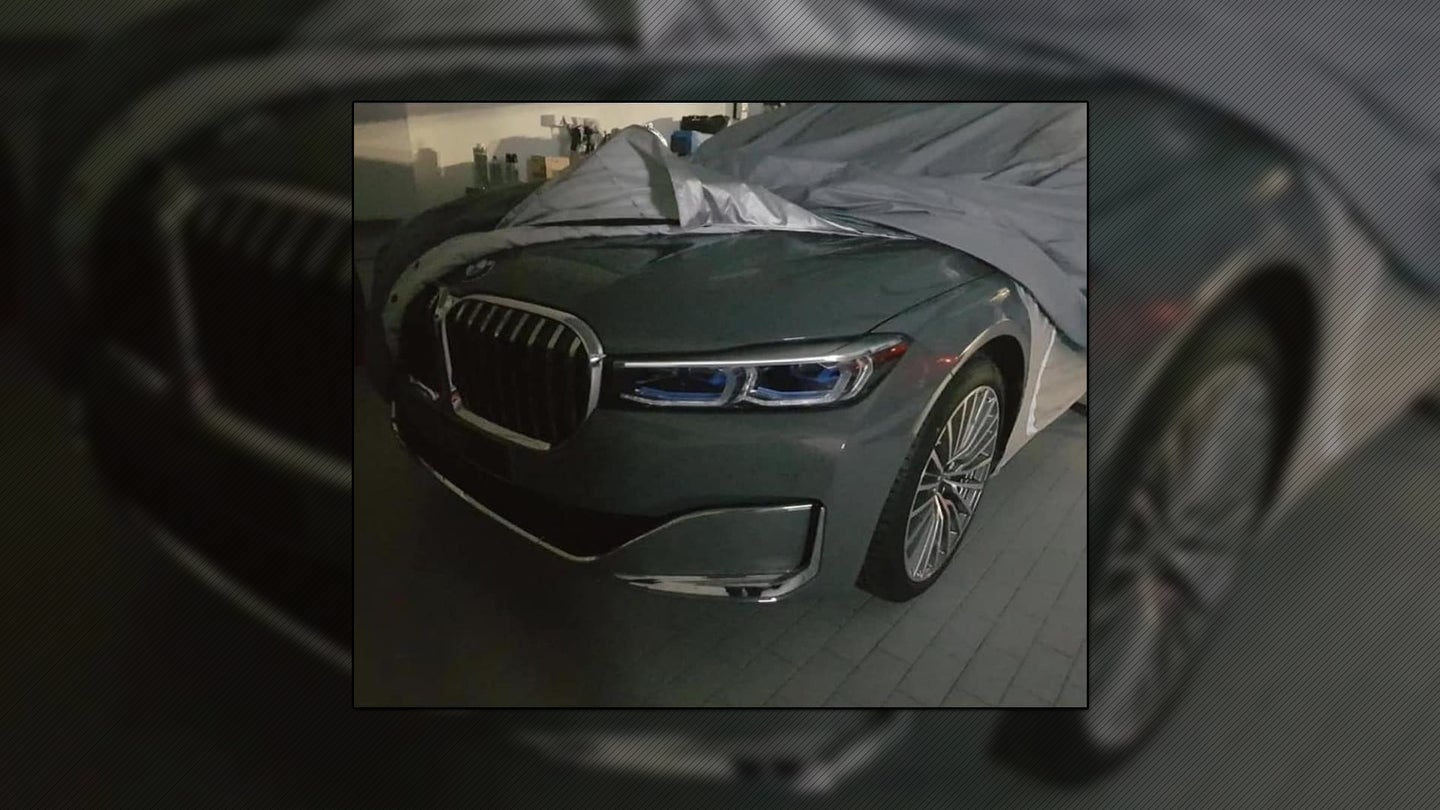 BMW, like most automakers, will occasionally perform a Life Cycle Impulse (LCI) refresh on a vehicle model to give it a renewed appearance without necessarily making a radical change to the platform. The German automaker's rejuvenating answer to an aging 7 Series lineup was unexpectedly leaked online, showcasing a second example of a major design language change for the automaker.

A Russian Instagram user posted the image, only to delete their entire account shortly after. Fortunately, a few other outlets shared the preview, preserving the image. Considering that BMW has been rumored to be hosting closed-room previews of the LCI 7 Series, the leak seems to be fairly credible.

The snippet of the image doesn't reveal a whole lot, but it does showcase a few likely high-end trim options, including 20-spoke wheels and chrome-trimmed bumper accents. But what jumps out the most to the naked eye is the extremely large pair of kidney grilles that are also featured on BMW's X7 SUV. The over-sized grilles, which appear to be joined in the center by a chrome accent, both protrude into the hood and sink into the bumper cover.

Both the BMW X7 (which has already been revealed late last year) and the facelifted 7 Series is said to begin the automaker's shift towards a new design language that will share many similarities to its Vision Future Luxury concept. Presumably, the large grilles will be a staple of BMW's brand identification going forward.

Though not confirmed, the newest 7 Series LCI is expected to receive a few trickle-down upgrades from other models in BMW's lineup, such as the latest iteration of iDrive as well as BMW's updated digital instrument cluster. It's fairly early to entertain speculation regarding upgrades to the 7 Series' powertrain, so those may need to wait until BMW debuts the car at a later date. Perhaps we will see an unveiling at the Geneva Motor Show in March.

BMW has not responded to The Drive's request for comment at the time of writing.

Watch This Russian Body Shop Completely Repair a Totaled BMW 7-Series By Kyle Cheromcha Posted in Watch This
Businessman Sets His 7-Series Ablaze Outside of BMW's Headquarters By Rob Stumpf Posted in Watch This
You Should Totally Buy This Cherry 1987 BMW 7 Series By Alex Ghorishi
Drive Wire: BMW Celebrates 100 Years With A Special 7 Series By The Drive Staff
Free Uber Ride in a BMW 7 Series Today—but Why? By Clifford Atiyeh Posted in Test Drives
MORE TO READ