This wreck reportedly happened after a car meet. Because, where else? 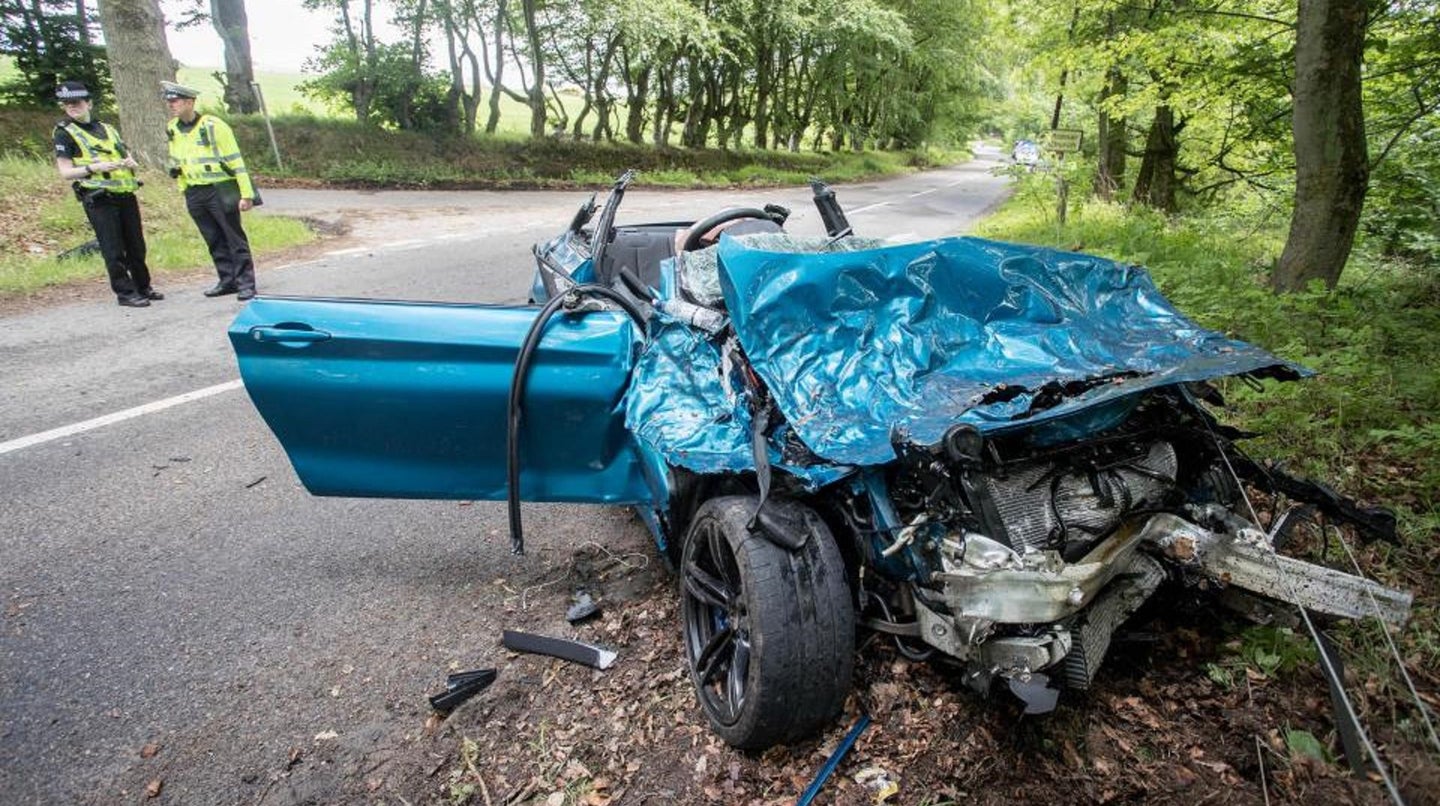 Two were injured when a BMW M2 met its demise after exiting a car meet in Midmar, Scotland on Sunday, according to the BBC. The 22-year-old male driver and his 20-year-old female passenger had to be cut out of the car and were taken to hospital for their serious injuries.

Police are now investigating the cause of the crash and are calling out for any witnesses to contact them. However, given the circumstances and photographic (and video) evidence, it doesn't take a detective to suspect excessive speed and reckless driving is likely the cause they're looking for.

As you can see from the photos posted by PistonHeads forum member ELUSIVEJIM, this BMW has been mangled so badly that the only remaining features that give it away as an M2 are its wheels and its signature Long Beach Blue paint job. The impact also looks to have been serious enough to knock down a tree. Furthermore, a video posted by Bradley Allan on Facebook showing a scene shortly before the accident tells us that this BMW owner wasn't exactly on some relaxed, Sunday drive. 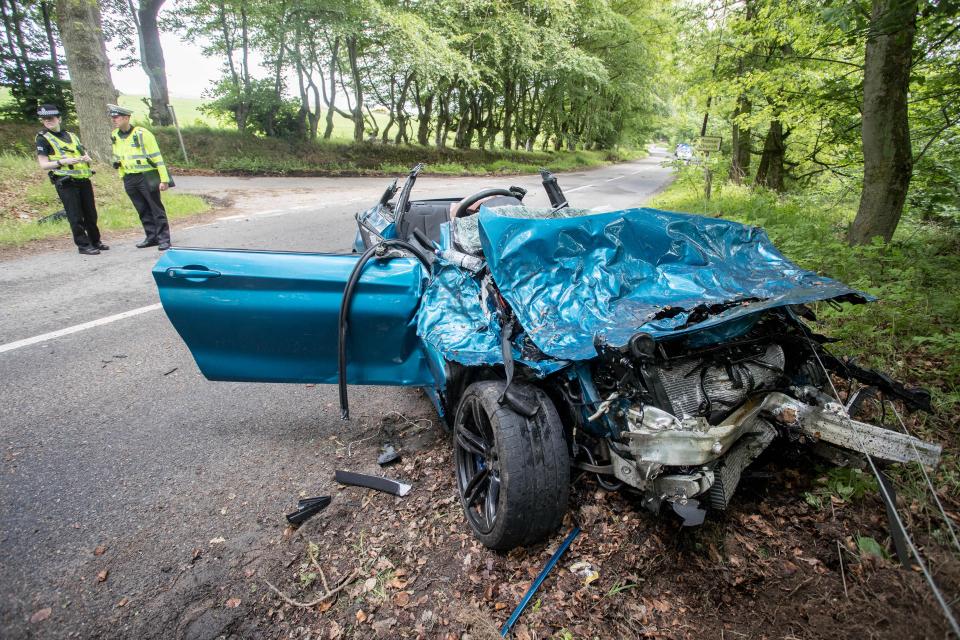 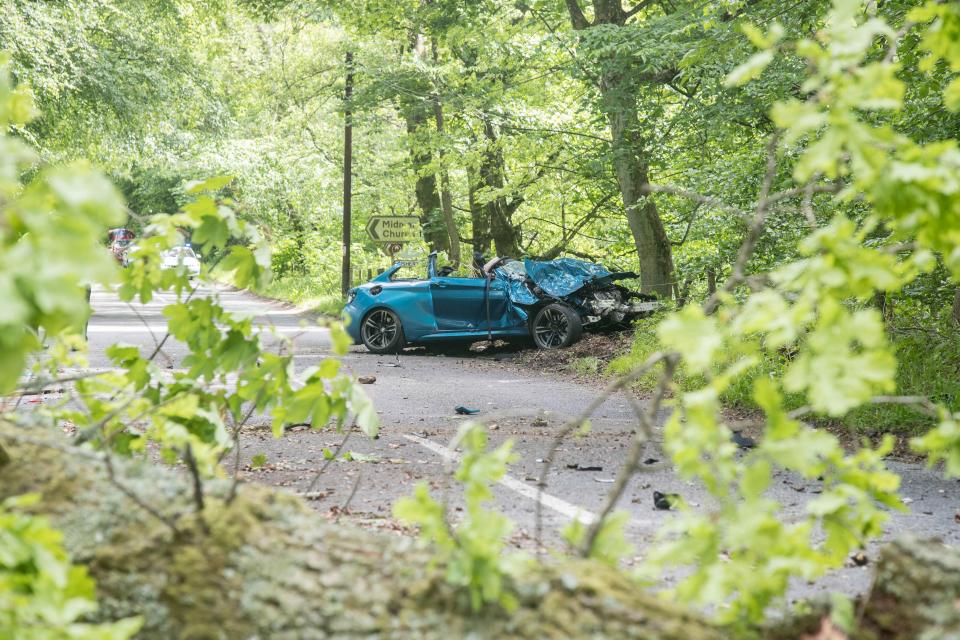 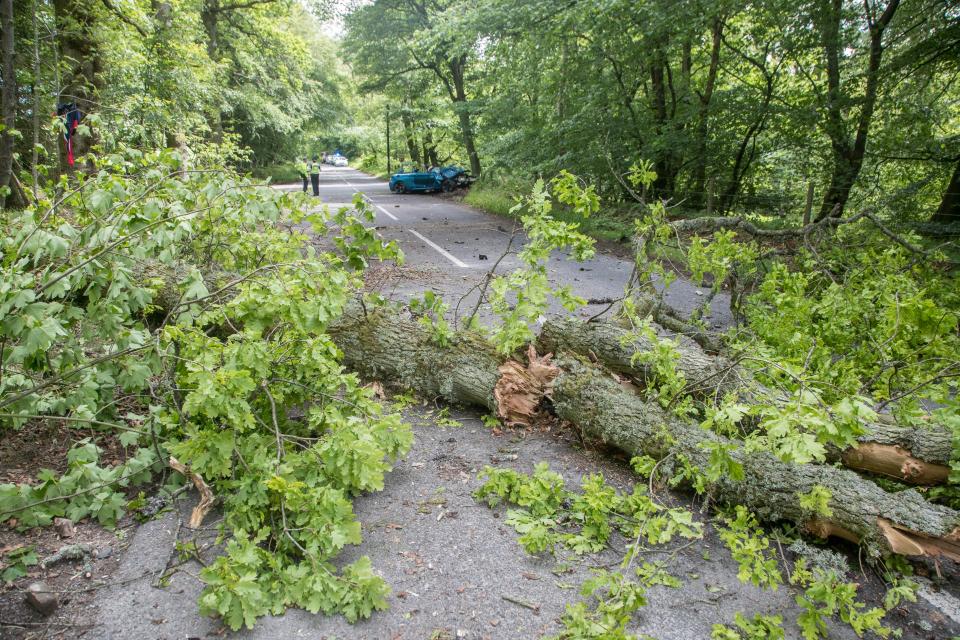 While we at The Drive are fans of both the BMW M2 and driving cars like they were meant to be driven, excessive acts of hooning should only be performed at the track or on other purpose-built closed courses.