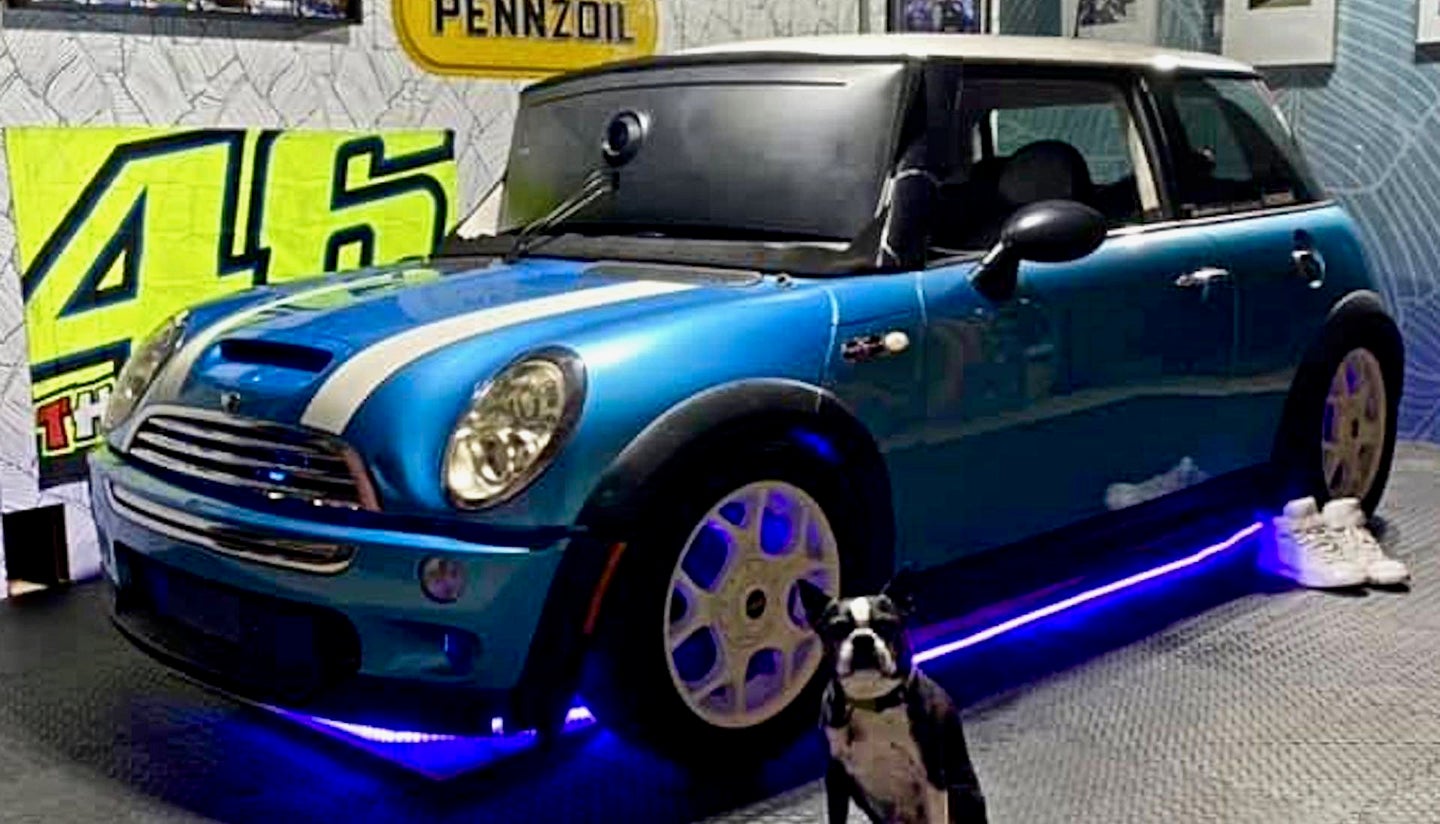 As more and more pro and beginner drivers get involved in iRacing events due to the coronavirus pandemic, we've gotten to check out all manner of gaming rigs—from off-the-shelf Walmart kits to full-on simulators that cost more than a real car. That being said, amateur racer Brent Cheney's

Mini Cooper iRacing setup is by far the most elaborate (and fashionable) one we've come across.

The Utah artist and part-time racer spent time researching seats and frames for his game room but ultimately decided that bringing an entire car into his house was the best course of action. Yes, you read that right.

Cheney tracked down a donor car and paid just $1,000 before trailering his 2005 Mini Cooper Hardtop home to begin what would be a laborious project. He was able to part out the engine, transmission, and other pieces to recoup all of the car's purchase price. Before Cheney could start building his kick-ass gaming rig, he first had to figure out how to get it into his house and down into the basement. That took a bit of muscle, as the car had to be cut into seven pieces that were then carried downstairs like furniture, but ultimately the Mini was reassembled in his basement with the help of 200 metal brackets. Cheney claims that the whole thing is rigid enough to be moved by floor jack without flexing.

Inside, he mounted a six-speaker Harman Kardon sound system with a subwoofer in the Mini’s trunk. Instead of a windshield, the car received a 49-inch gaming monitor, which Cheney says fit the car perfectly down to the curvature of the original glass. In place of the Mini's original 1.6-liter four-banger, there's a custom-built gaming PC and many of the car's original controls have been replaced with gaming controllers and gauges. To add extra realism, there are bass shakers under the seats and a direct-drive steering column for maximum feedback.

Most of Cheney’s time in the rig has been spent competing in iRacing events, which he documents on his YouTube channel. Sim racing has become big business in the wake of the pandemic, as many professional drivers from NASCAR, Formula 1, and IndyCar have all started racing virtually while their own seasons are on hold. Cheney’s rig is impressive, but his level of effort is not required to get started racing at home. Robb Holland spent over $8,000 building his setup, but even that’s not a requirement. NASCAR's Timmy Hill has seen massive success with his setup, which was pieced together from old office furniture and a basic laptop.