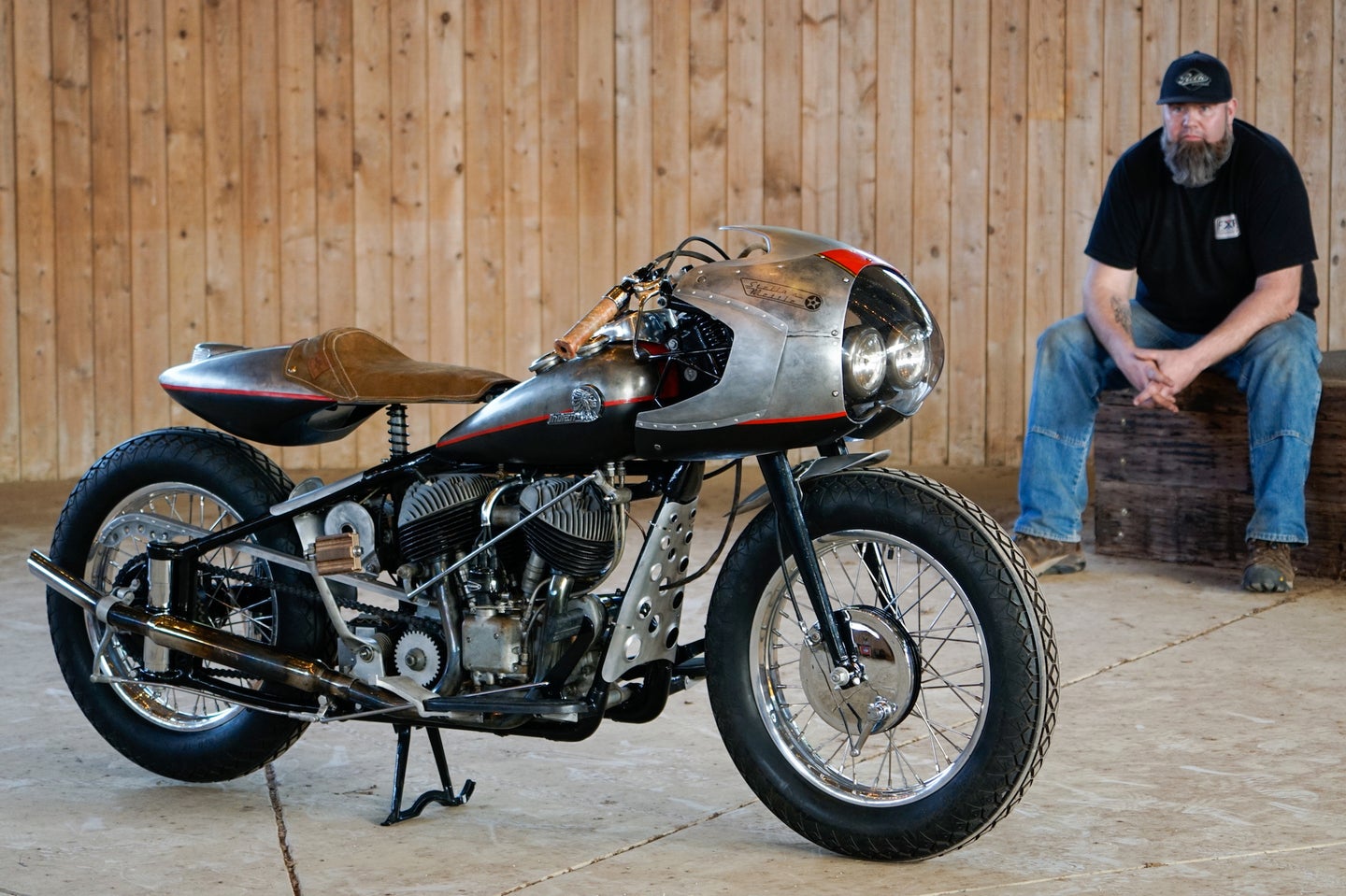 Well known and accomplished builder, Joe Mielke, of Snap-Fab in Tulare, South Dakota, revealed “Stella’s Mettle,” his latest build, at the Handbuilt Show in Austin Texas, during the MotoGP weekend taking place at the nearby Circuit of the Americas. This build is based on a 1946 Indian Chief chassis, and is inspired by WWII aircraft.

Mielke hand-formed the metal bodywork of “Stella’s Mettle” into aerodynamic shapes that also fit within classic café-racer aesthetics. The build process itself, of creating the motorcycle bodywork by hand, was inspired by the men and women who built and maintained the WWII war places in the U.K. during the last World War, fitting into bike owner Robert Pandya’s desired concept. In all, a quality, unique, and personal example of the built-bike lifestyle.

A 1946 Indian Chief chassis and a 1947 engine are the basis for the build, providing a period frame and engine configuration to contribute to the bike’s 1940s aero-aesthetics.

“Robert had written a fictional back story about the bike before we started the build. We then discussed how I envisioned his vision, and as I progressed with the bike we discussed the details, working together to keep to Robert’s vision. The bodywork is hand-shaped aluminum, though the fuel tanks are vintage. The primary suspension in the rear, like with bikes of this era chassis, is the ‘pogo’ seat,” said Mielke.

The bike was commissioned by motorcycle-industry insider Robert Pandya. “I found an engine and drivetrain that had been completely rebuilt in the summer of 2016. Joe got the bike soon after the holidays and did an amazing job building on my vague vision,” he said.

The paintwork is by Sean Starr of Starr Custom Paint outside Fort Worth, Texas, who applied layers of clear coat to allow the tooling marks to remain visible, showing off the metal of “Stella’s Mettle.” Snap-Fab also manufactures hand-made shaping mallets, shot-bags and other products for metal shapers and fabricators.