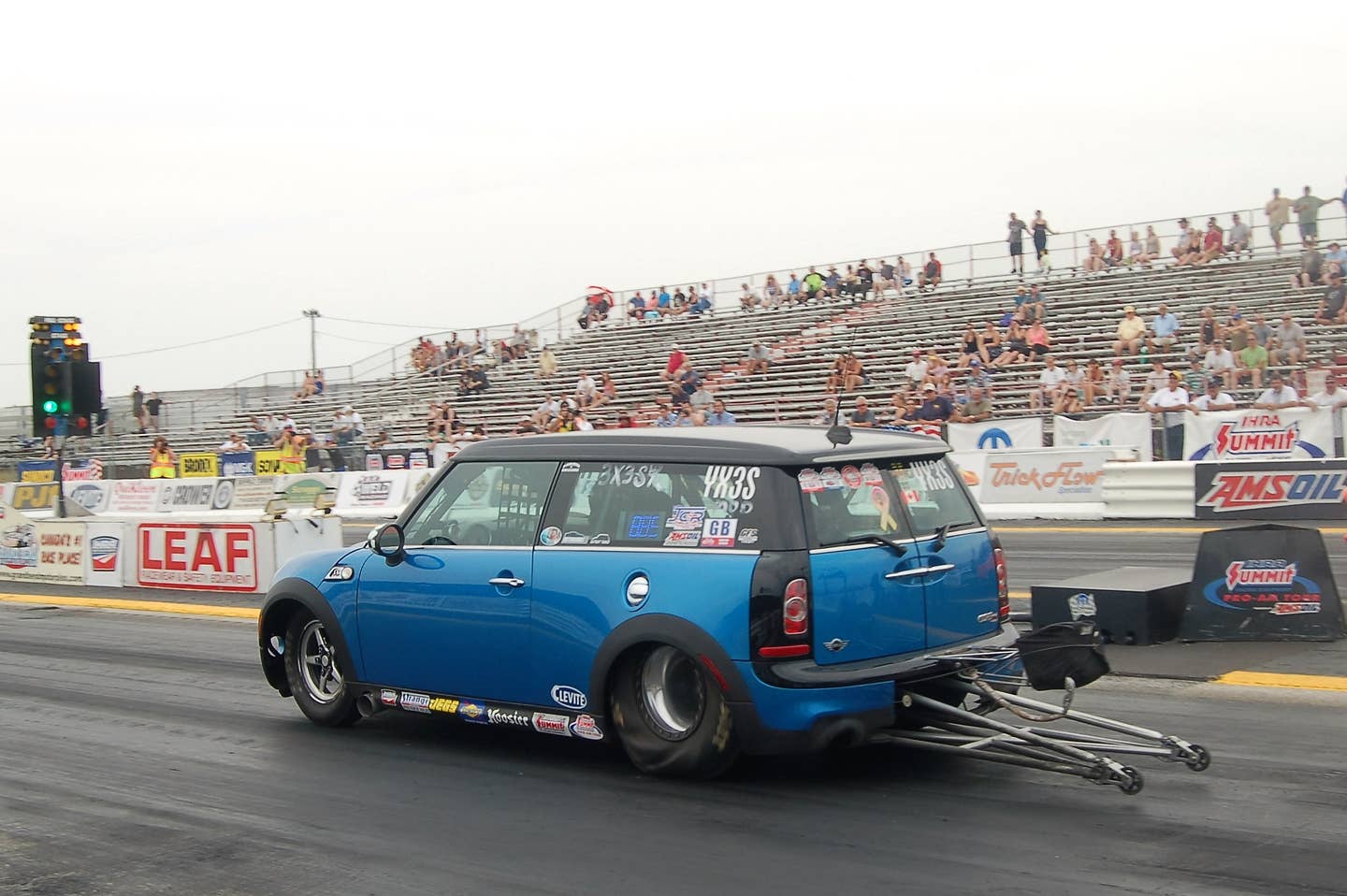 Ken Hebert of Tecumseh, Ontario, was disappointed in the performance of his 2011 Mini Cooper, so he made a few adjustments.

Sadly, the car turned out to be unsatisfactory for commuting, so Hebert now drag races the Mini, including last weekend at the IHRA Mopar Canadian Nationals at Grand Bend Motorplex, where he won several rounds before final eliminations.

He also added a pair of “SS” badges that, believe it or not, look stock. Not much else does. One big advantage of using the Clubman: When he does burnouts, he just leaves the rear hatches open to let out the smoke.

Hebert does admit that the conversion affected fuel mileage negatively. He does not seem to care a damn bit.