A throwback to the Mini 1275 GT with John Cooper Works styling. Yay or nay? 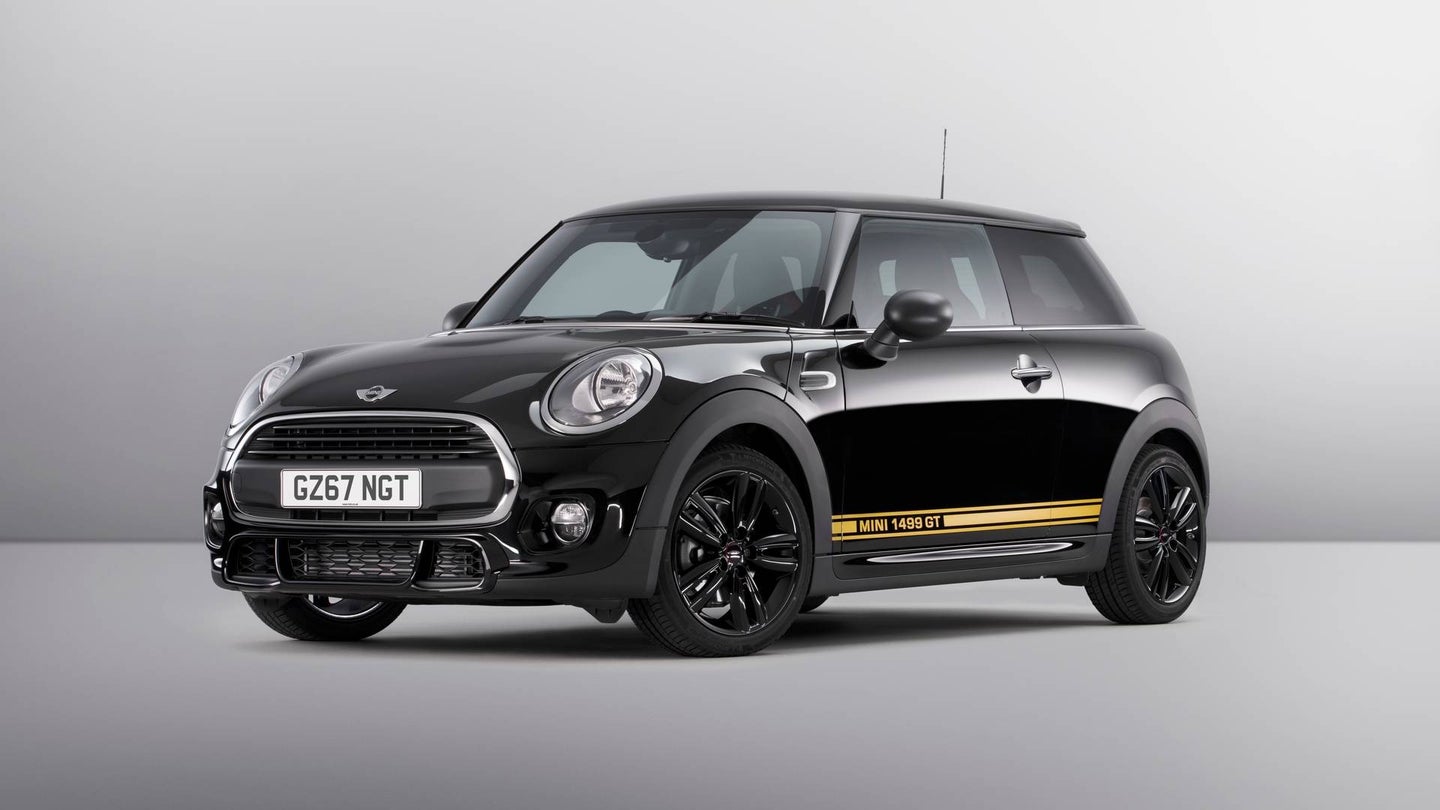 The BMW Group announced the new MINI 1499 GT this week, a special edition 3-door hot hatch that continues MINI's mantra of honoring its heritage. The entry-level MINI starts at £16,990 ($22,571 with current exchange rates), but only 1,499 units will be built, exclusive to the UK market.

The 1499 GT gets a turbocharged 1.5-liter three-cylinder with 106 horsepower, up from the current entry-level MINI One's paltry 1.2-liter. The 1499 does borrow the MINI One's sport suspension, air conditioning, MINI smartphone integration, and six-speed manual transmission with rev-matching technology.

The color options are limited to Midnight Black with gold side stripes and Pepper White with black stripes.

MINI recruited John Cooper Works to design the car with a hot hatch appearance in mind by including the John Cooper Works Sport Pack with this edition. JCW is responsible for the 17" allow wheels, window tint, spoilers, side skirts, and bumpers. Open the door and you'll find a JCW leather steering wheel and badges adorning the interior as well as some Dinamica suede seats with Chilli red stitching.

The 1499 GT is a throwback to the iconic 1969 1275 GT, the first of the 1970s-era MINIs that debuted alongside the new Clubman. The 1275 GT was originally meant to replace the Cooper S until it was discontinued in 1971, and the GT remained in service until the end of the decade.

What the 1499 GT loses in cylinders compared to the 1275 it gains in size, so it's unclear whether the new hatch is a worthy spiritual successor to the classic '70s microhatch. Then again, we Americans won't be getting this special edition hot hatch, so we won't have the opportunity to decide.