This is BMW's take on the service class. 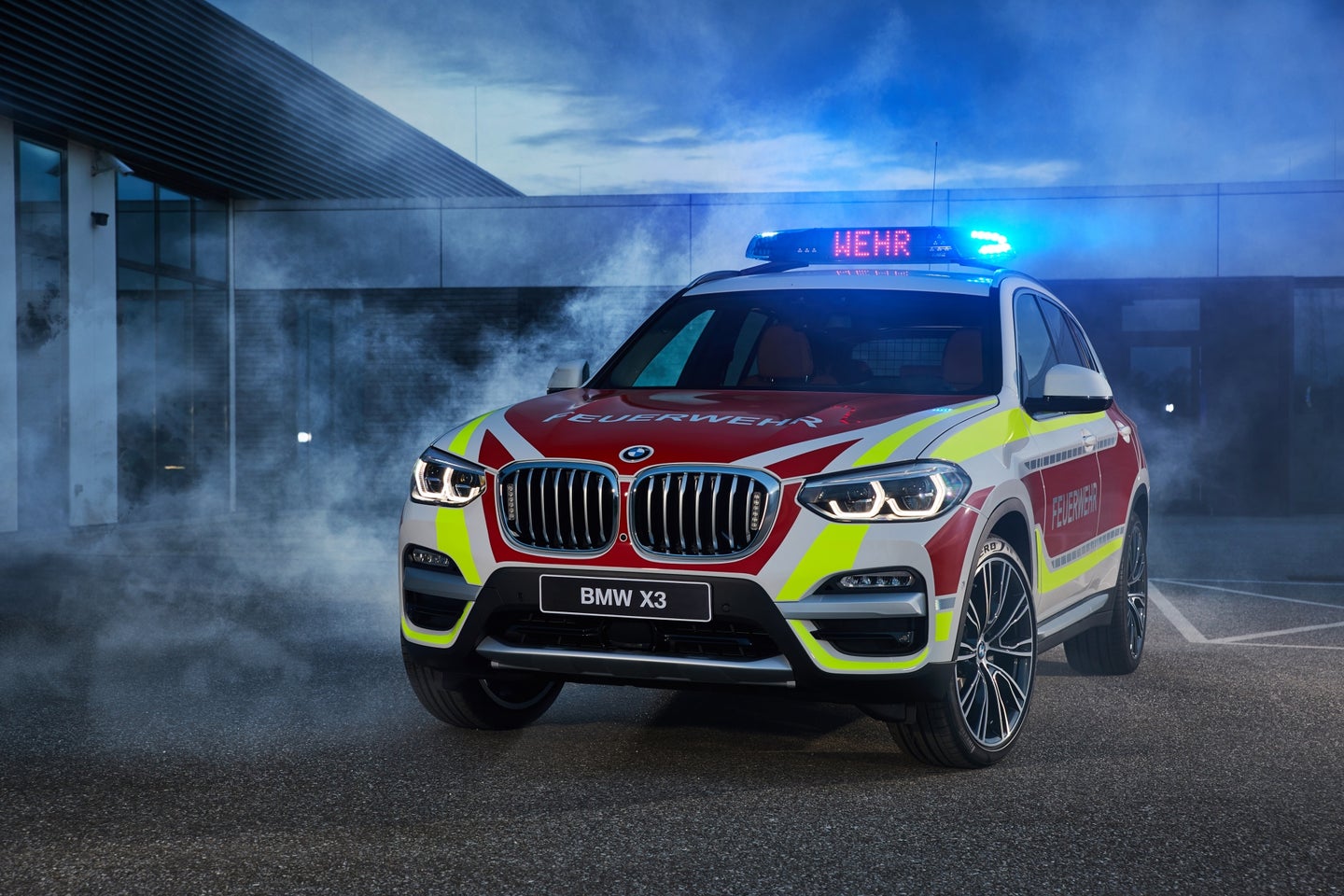 BMW Group is displaying a wide range of its tailor-made vehicles designed for rescue teams, fire departments, emergency physicians, and police forces at the specialist trade fair RETTmobil 2018 held in Fulda, Germany from May 16 to 18, 2018.

The RETTmobil, which is in its 18th season, is a prominent European exhibition for emergency services and BMW Group is using this venue to showcase six special-purpose vehicles under the BMW, BMW Motorrad, and MINI brands.

Among the six, two will be variants of the new BMW X3 xDrive20d. One in "fire service command vehicle" guise with decals in fluorescent yellow and rich red tone RAL 3000, bearing the “Fire Department” lettering on all sides. It comes equipped with blue LED front flashers, digital radio antenna for GPS etc. and radio handsets. Then there's another designed for the emergency physicians. It bears decals in bright color RAL 3026 with “Emergency Ambulance” lettering and comes equipped with a removable omnidirectional beacon and two blue flashers at the front and rear.

In European spec, both xDrive20d models come powered by a 2.0-liter, four-cylinder turbo diesel engine delivering 188 horsepower and a maximum torque of 400 newton-meters and is mated to an eight-speed Steptronic transmission and xDrive, BMW's intelligent four-wheel drive system. It can accelerate from zero to 62 mph in just eight seconds. Its top speed is 132 mph.

One-Off MINI Designed as a Toast to the Upcoming Royal Wedding of Prince Harry and Meghan Markle By George Kuruvilla Posted in News
BMW Police Car Explodes into Flames for Unknown Reason By Max Goldberg
BMW Motorrad Hit an All-Time Sales Record in 2017 By Eric Brandt
Emergency Services Turn to Social Media to Connect With the Community By Max Goldberg
BMW's Hybrid, Electric Vehicle Sales Are Boiling Over By James Gilboy Posted in News

Also on display and driven by the same powertrain will be the BMW 220d xDrive Gran Tourer for the emergency physician with high-visibility livery and blue and yellow flashers. With a high-seating position, large doors, a durable loading floor, and a longitudinally adjustable rear seat, the Sports Activity Tourer can be transformed into an emergency ambulance.

First Responders have been designated the BMW X1 xDrive20d. It is suitable for “wide spectrum of applications”. And it too gets some livid livery in a mix of white and orange, and blue flashers.

The highlight of the squad, however, would have to be the Mini John Cooper Works, dressed as a police car with spiffy splattered paintwork. These days, Minis are already in use by various police departments all over Germany. It is powered by a 228-horsepower motor coupled with a Steptronic Sport transmission. BMW Group says “the top-of-the-range model is ideally equipped for getting to the next operation site as fast as possible.”

Introduced as a “public authority vehicle," is the new-generation BMW F 750 GS motorcycle. It combines long-distance touring with sporting dynamics and off-road capabilities. The motorcycle’s optical equipment features include LED flashing beacons as well as an additional LED rotating beacon, switchable between the colors blue and yellow. The entire light system and siren are effectively controlled via the compactly designed control panel. The bike is powered by an 853 cc two-cylinder, four-stroke inline engine producing 76 hp and 83 Nm of torque. Average fuel consumption is 57 mpg and it tops out at 118 mph. 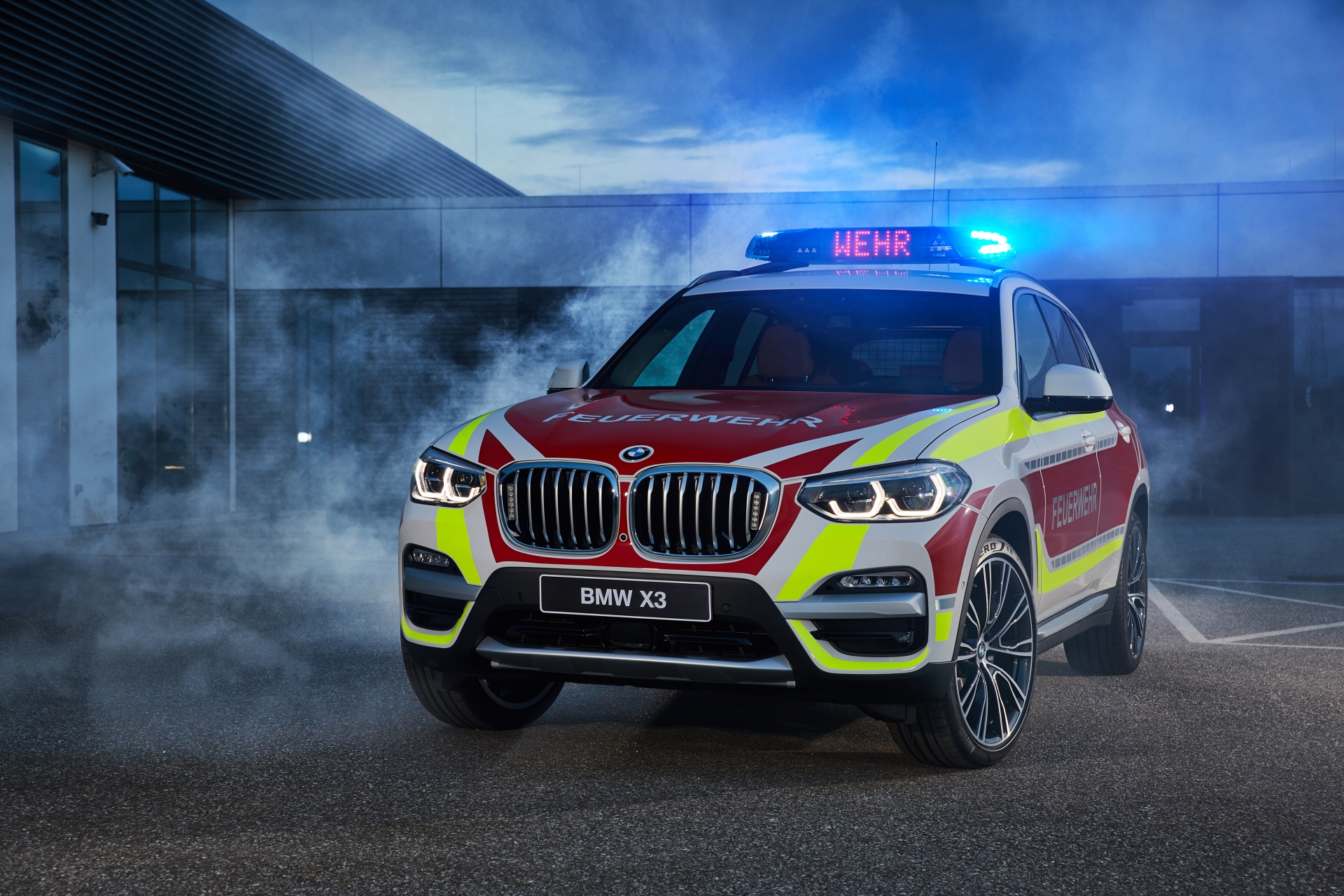 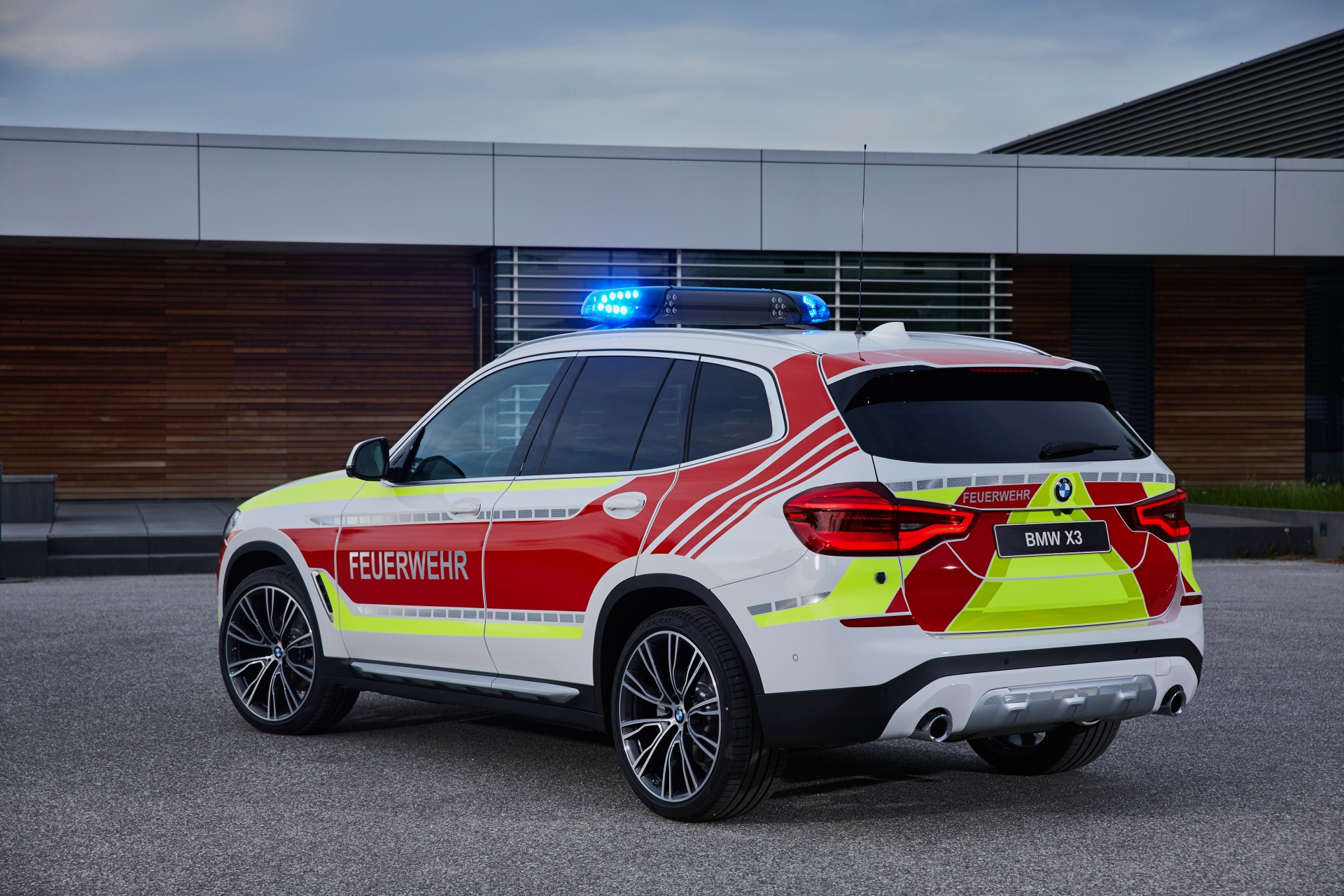 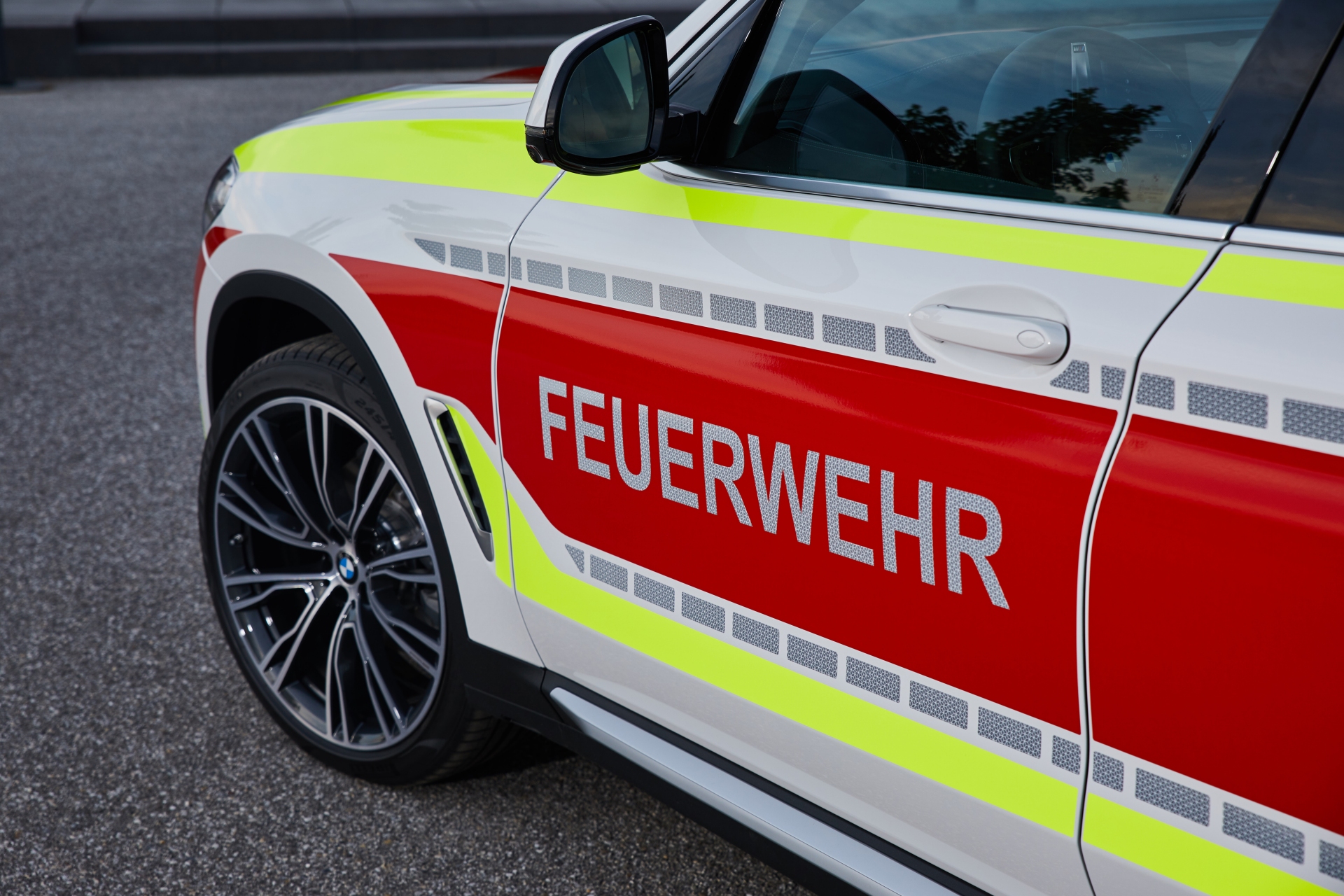 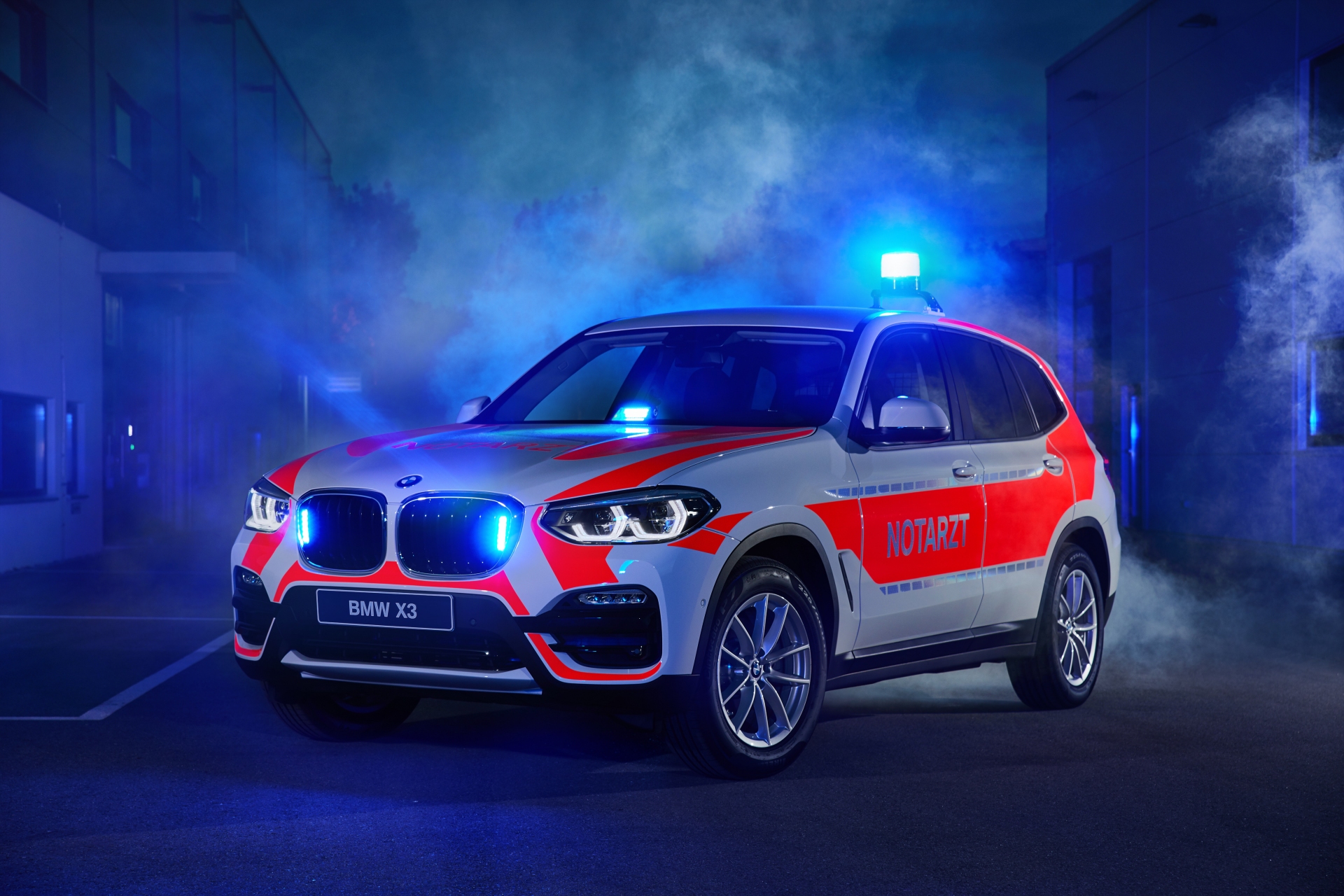 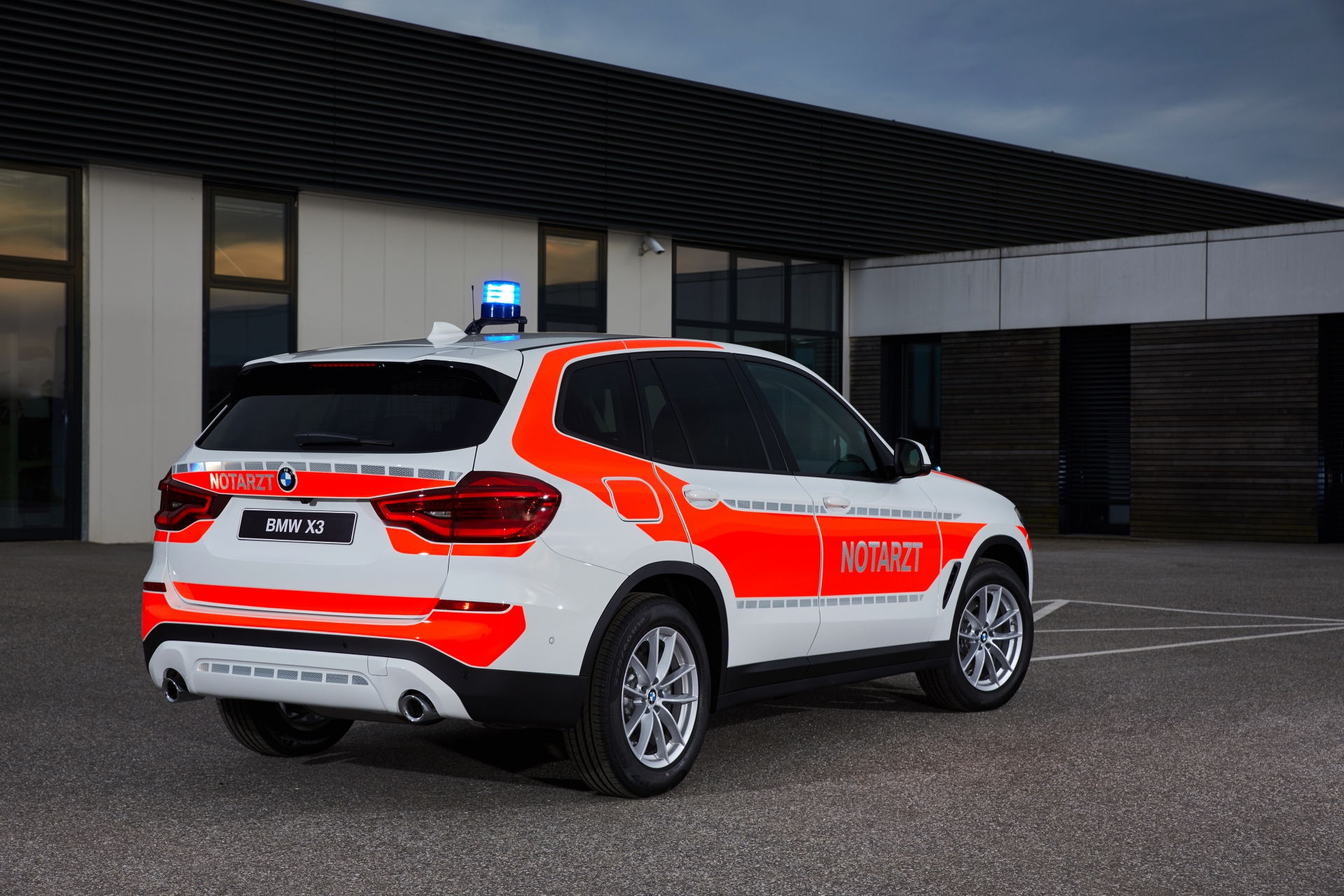 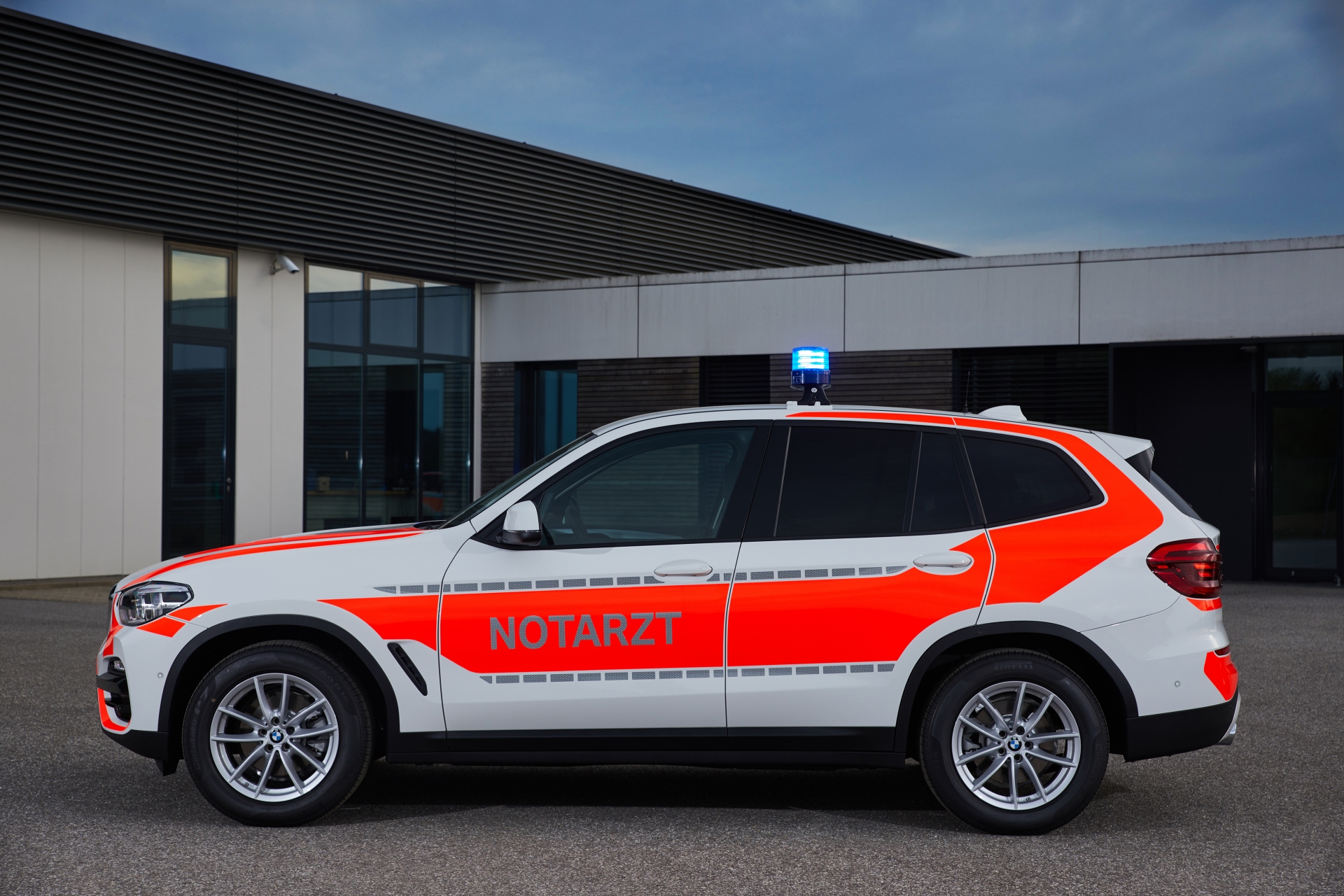 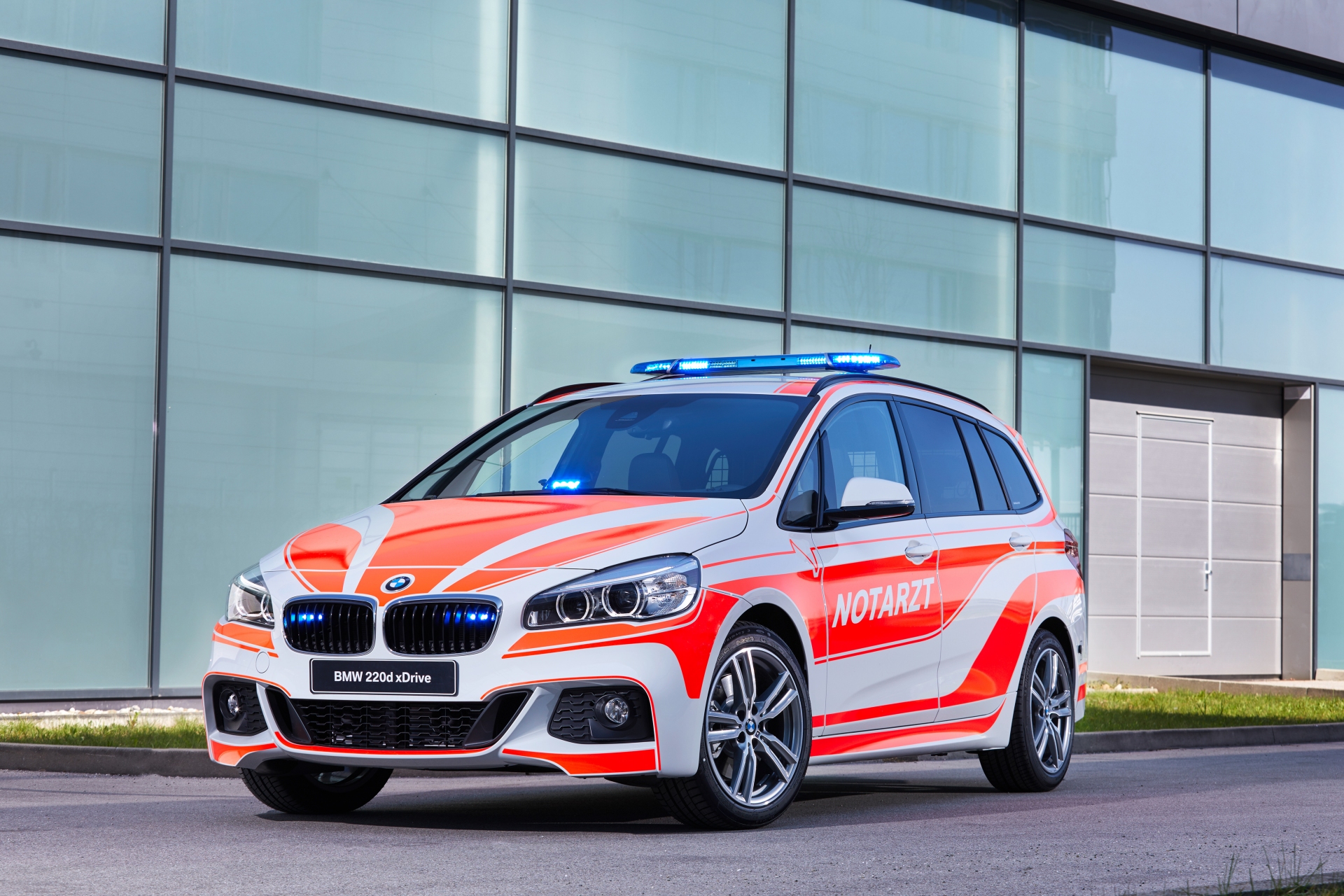 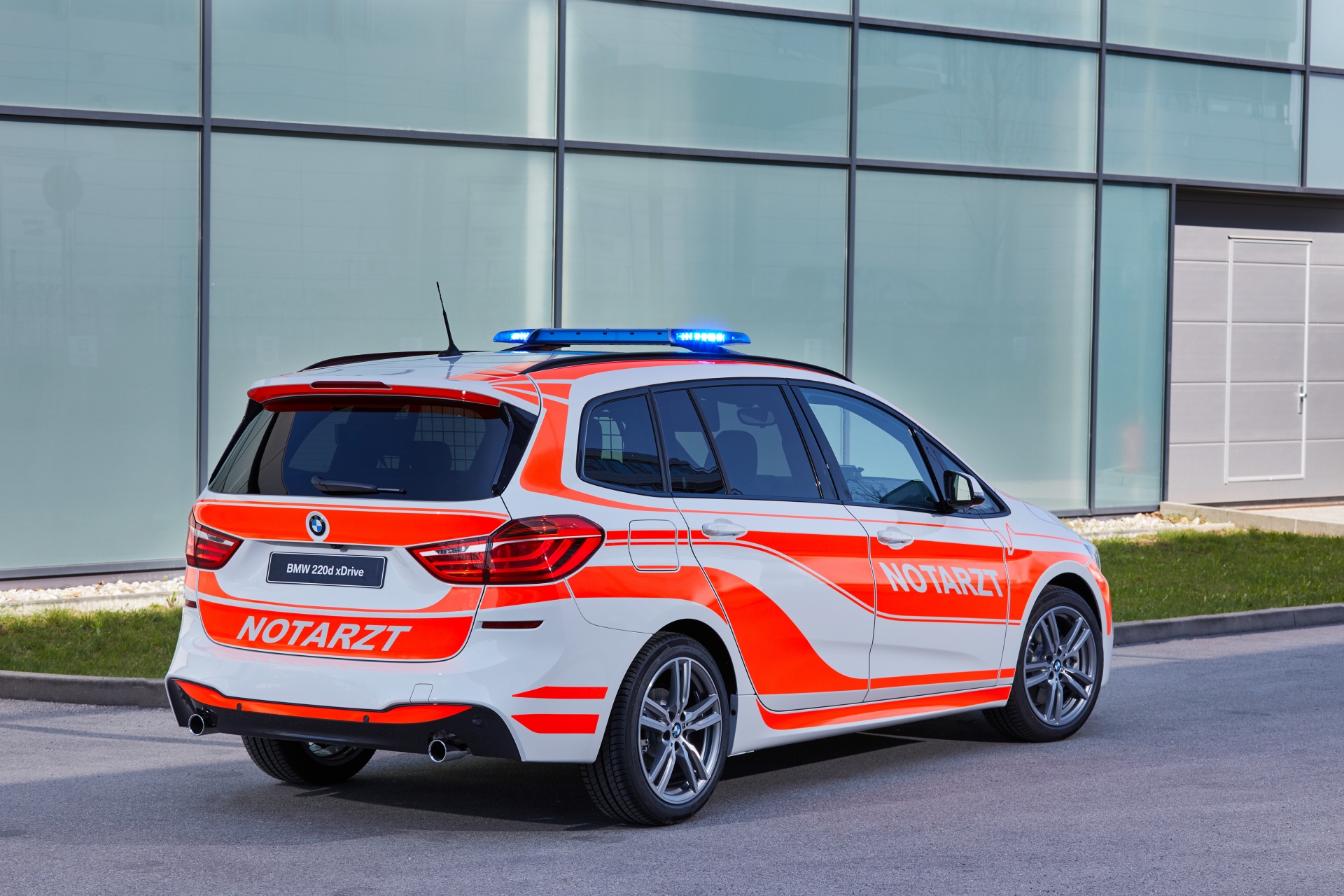 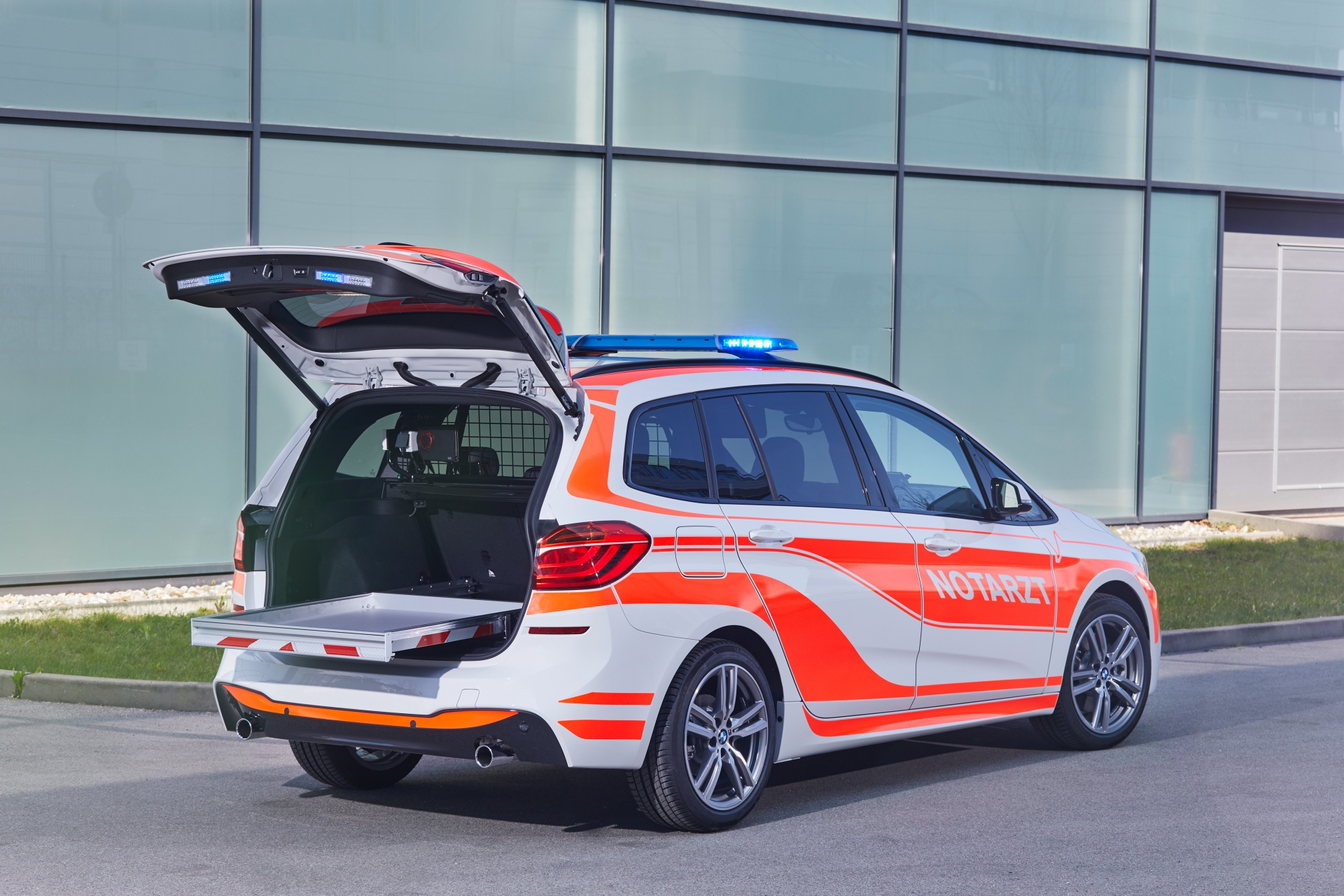 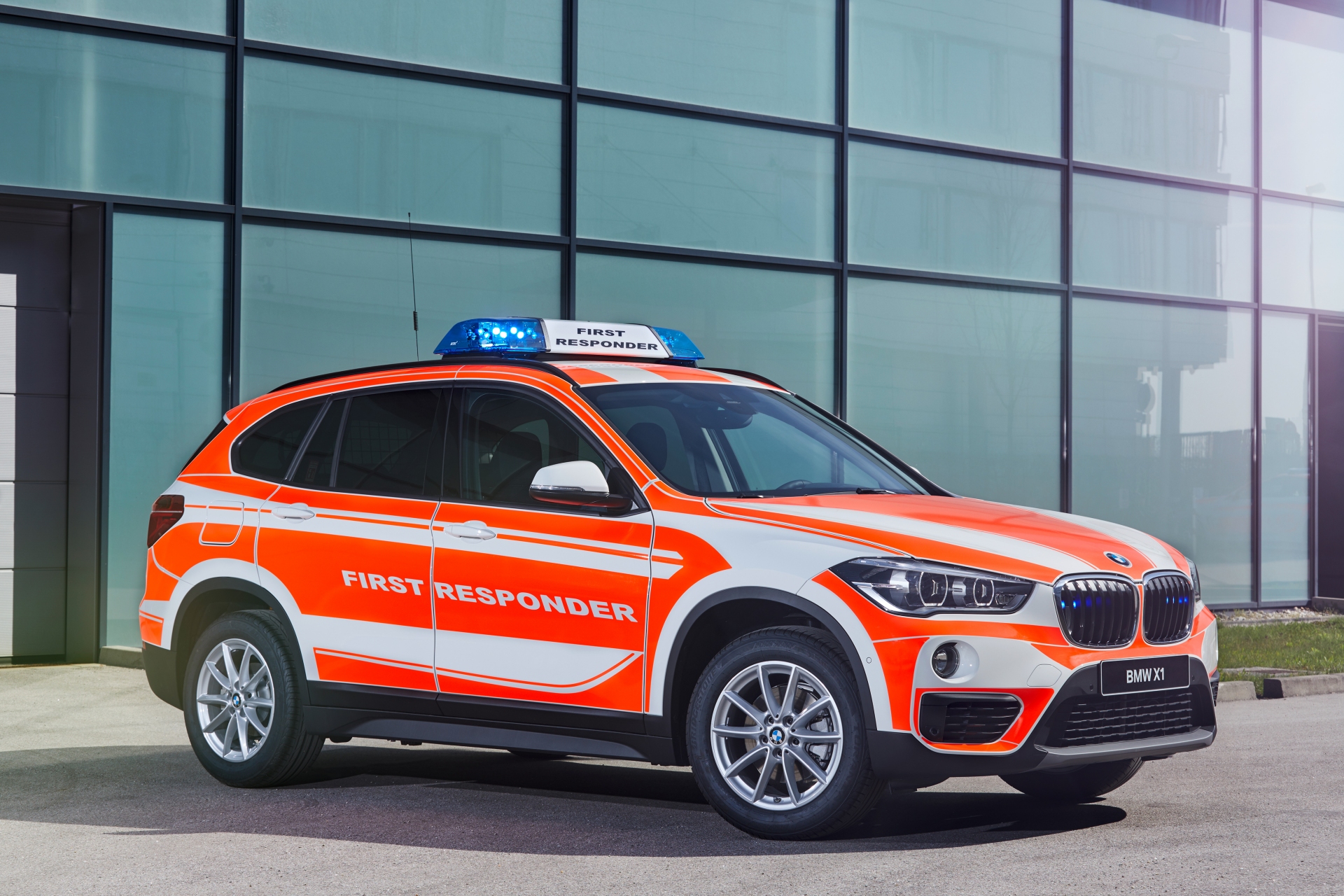 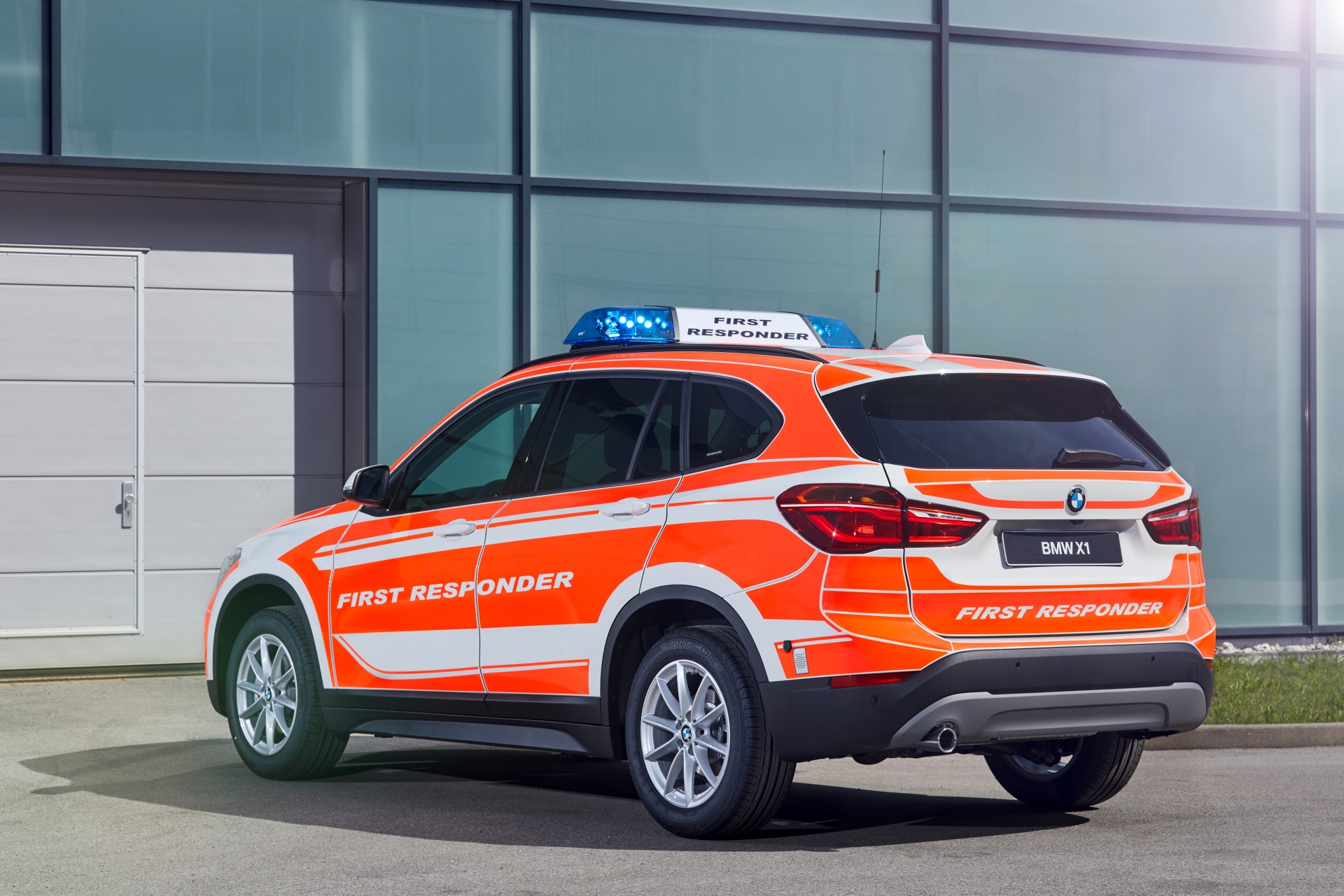 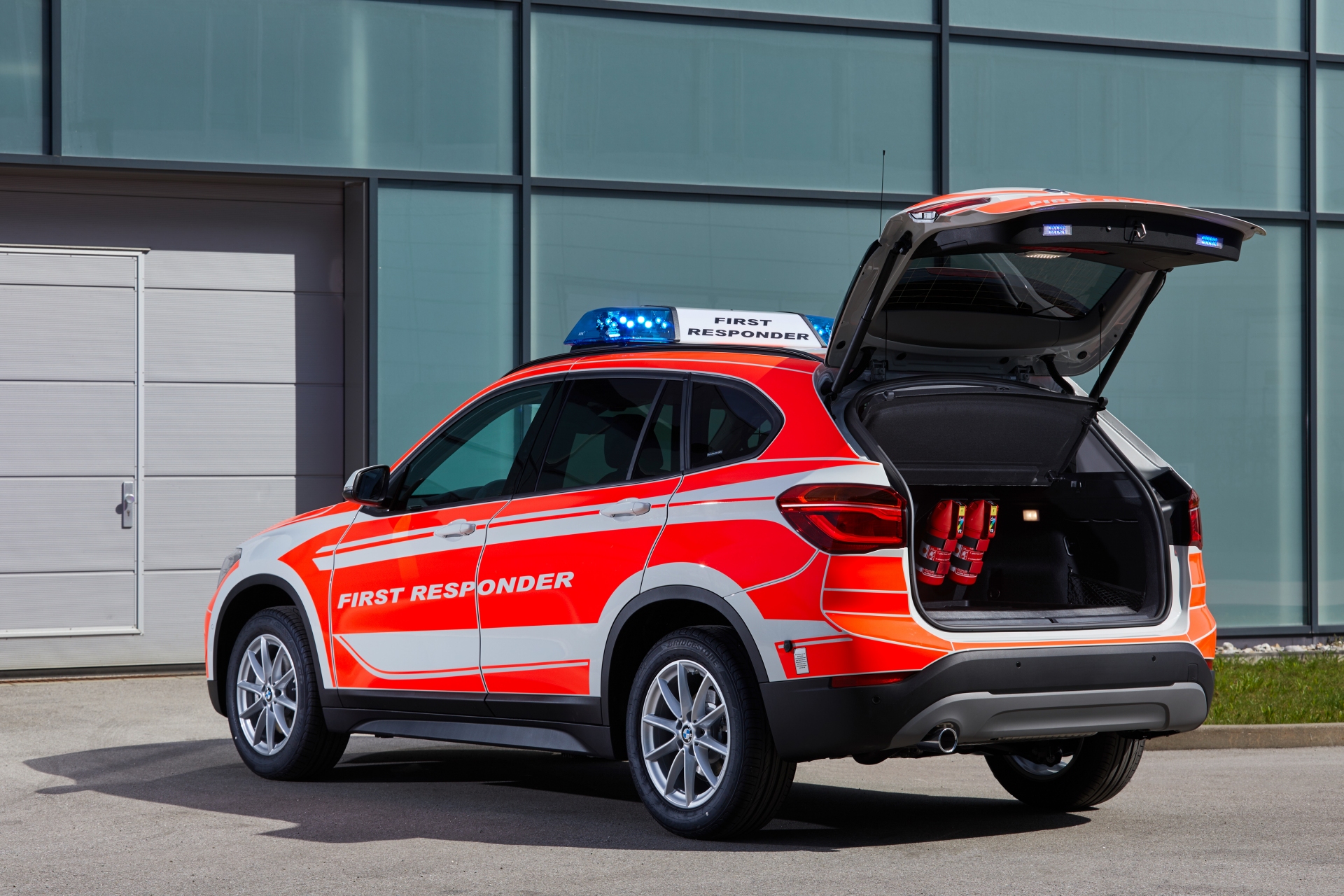 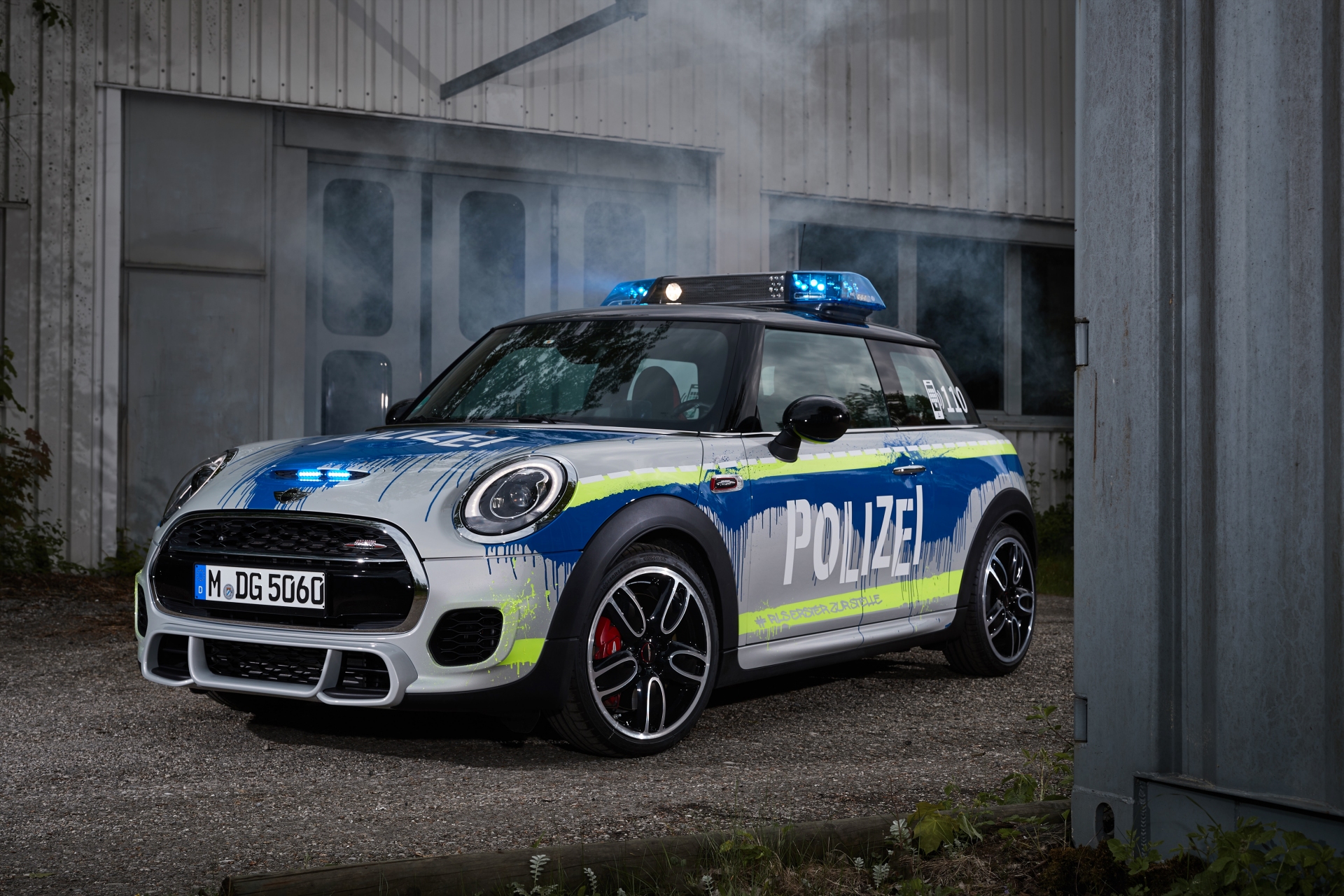 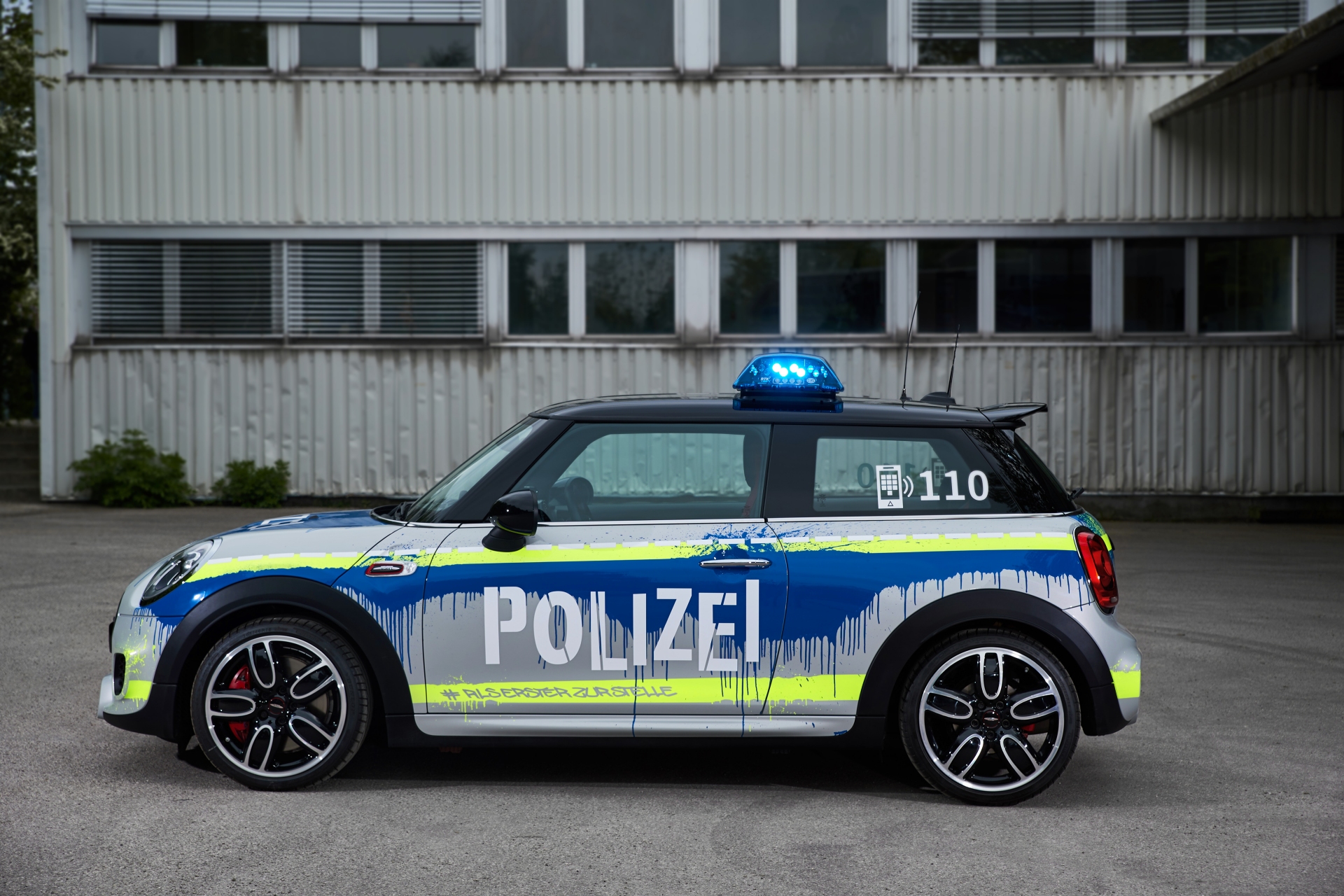 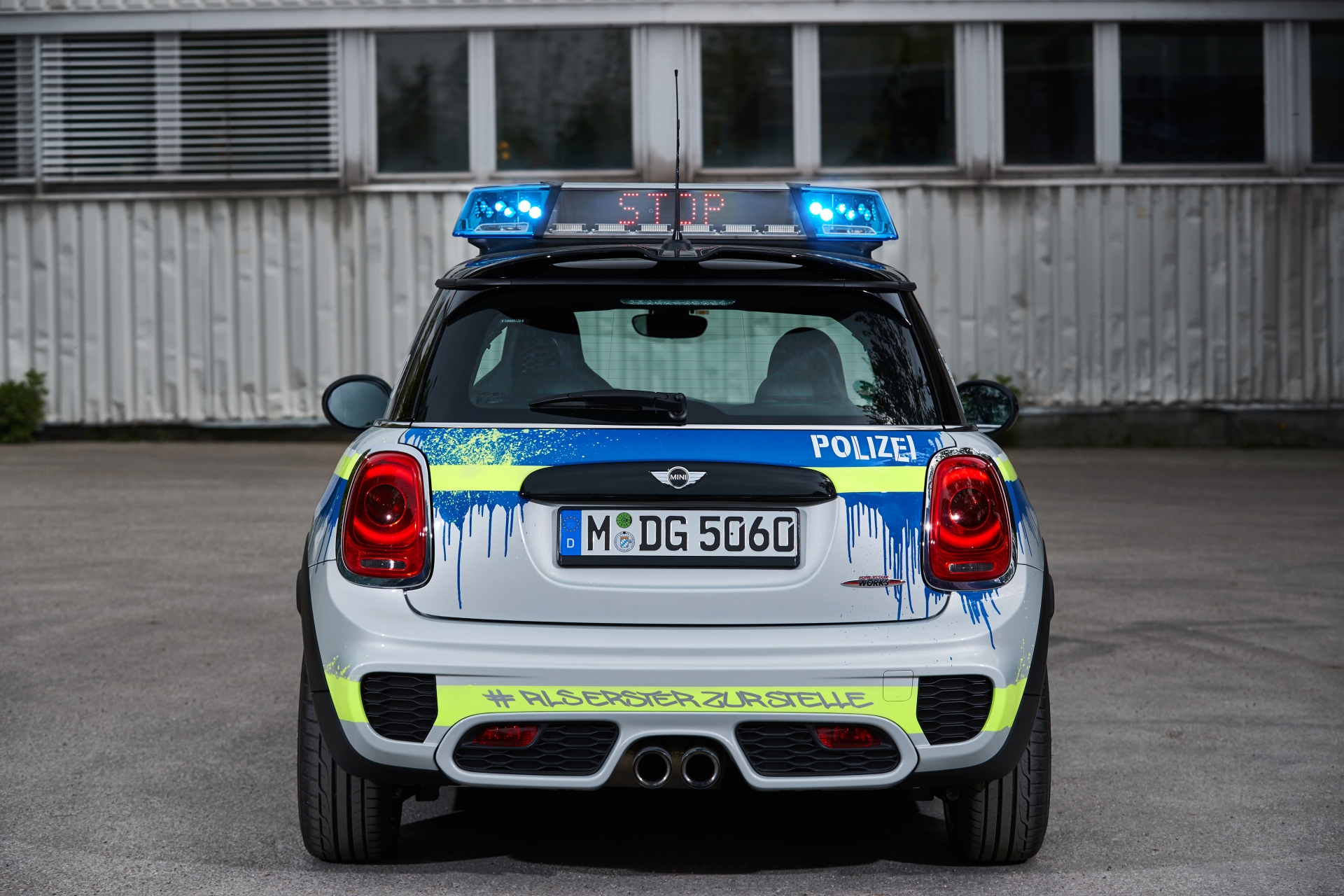 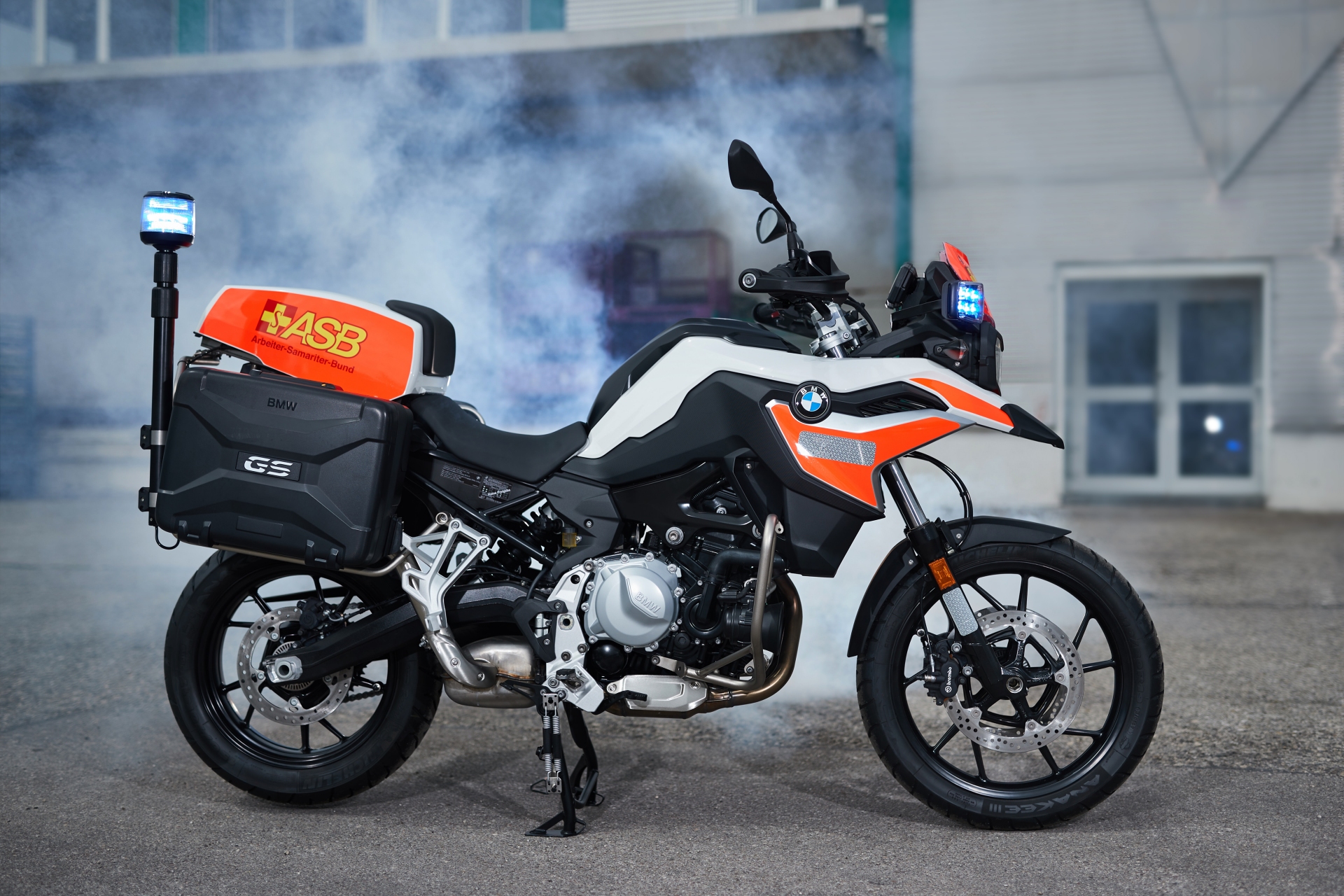 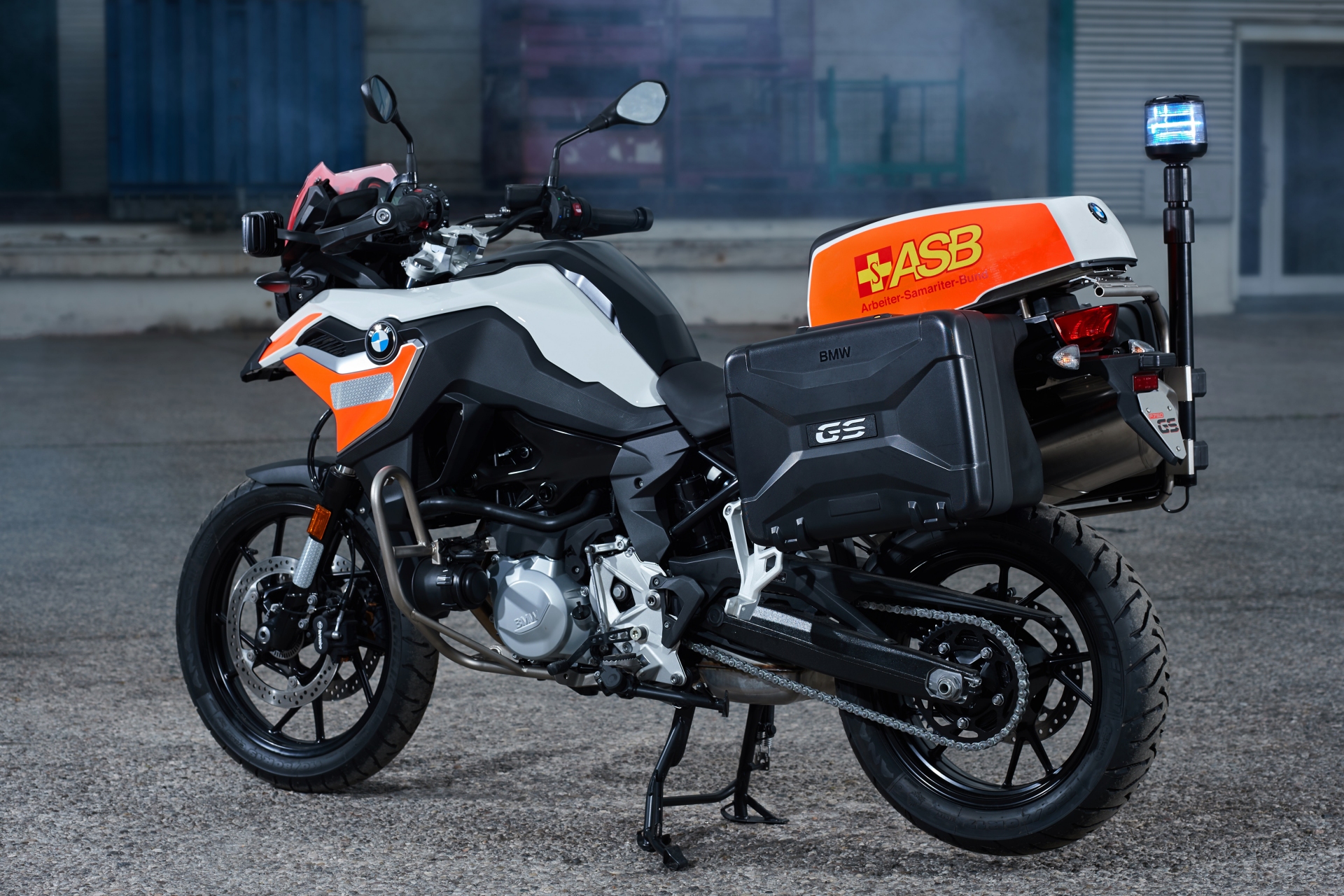 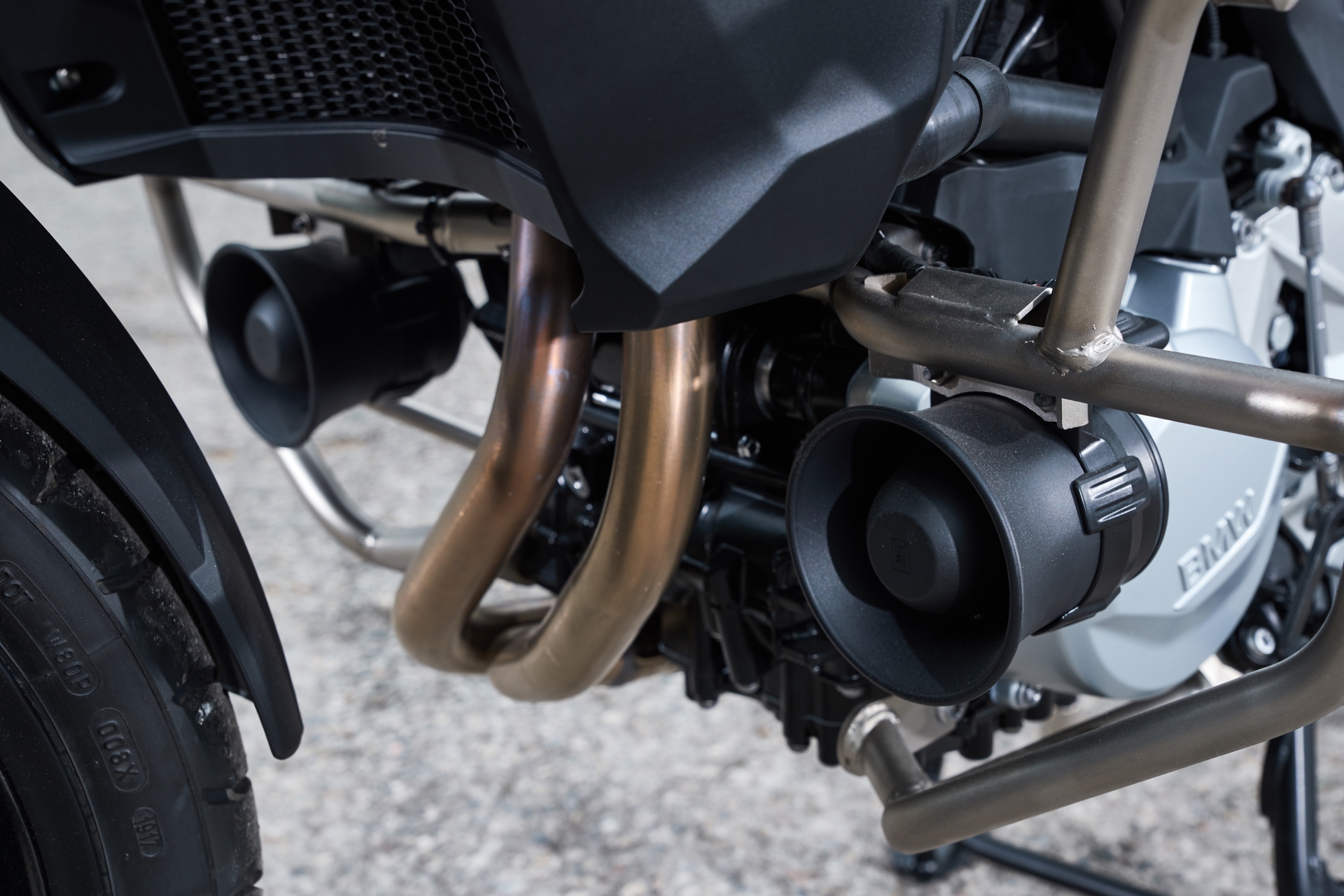