‘Ms. Hellcat’ has completed three courses at Bondurant and is waiting on the arrival of her 702-hp Ram TRX 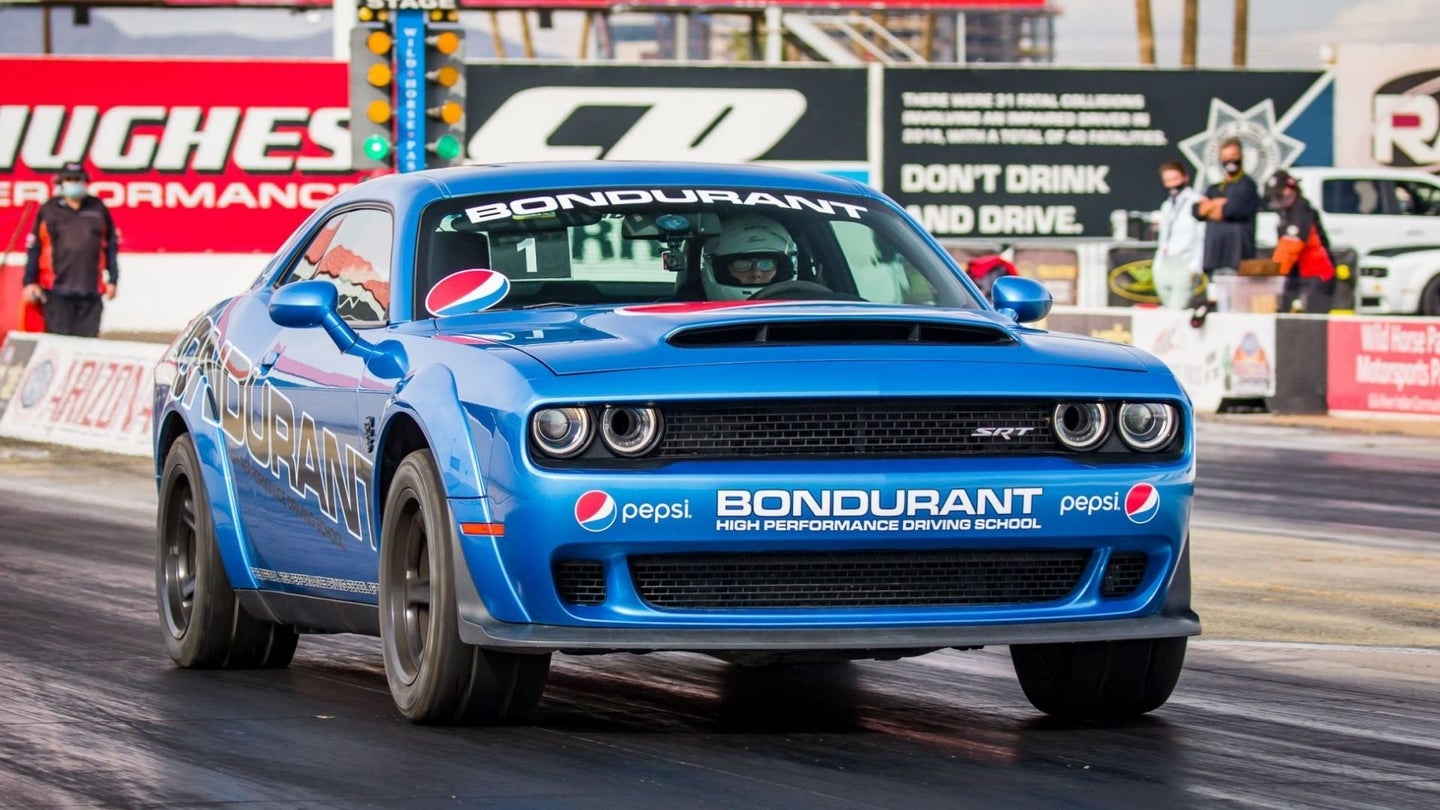 Growing up, 75-year-old Carolyn Batteas often heard “you’re just a girl.” Batteas didn’t like it then (or now) and she has spent the last several decades proving them wrong behind the wheel. Her choice of vehicles reflects her desire to own the road: Batteas' daily drivers are a 2019 Dodge Challenger Hellcat and 50th anniversary Challenger in Go Mango with a shaker hood. She says she has a love affair with the Challenger and likes the look and sound and cold start of the motor.

This Texas-based great-grandmother isn’t afraid of powerful engines; she would have chosen a Redeye but she didn’t care for the name, she says. Batteas is also waiting for a white 2018 Dodge Challenger SRT Demon that another Dodge fan is trading in for a Charger Hellcat Redeye, and a Launch Edition 2021 Dodge TRX she ordered back in August.

Batteas says she has always been a speed demon, and she remembers when she bought a Ford Maverick when she was in her mid-twenties. She says the Mustang wanted to roll if you took the corners too fast, and the Maverick was more stable. So she ordered a Maverick (soon to be reborn as a Ford pickup) with a V8 and four on the floor with a yellow paint job and tan interior. She may or may not have outrun the police in her Maverick a few times back then, but I’m not going to tell any tales.

“I really wished I had hung onto that,” she laments. “It was fast and fun.”

When Batteas first got her 2019 Hellcat she dubbed it “White Lightninn” (yes, it’s spelled exactly like that) and drove it from her hometown in Lubbock, Texas out to Phoenix, Arizona. She was set to attend the Bondurant high-performance driving class that was included gratis with her purchase and decided, however, that she wanted to take the full three-day course instead of just one. And that’s where she fell hard for the Demon; she tested it out in the drag racing class and couldn’t get enough of it. Batteas says the eighth- and quarter-mile races go by so fast that she didn’t get enough time in the seat. That’s when she decided to buy one.

“When my daughters told [her ex-husband] that I bought a Demon he said ‘Well, she has always driven like a bat out of hell,” she laughs.

For her 75th birthday, Batteas took her Hellcat out on the drag strip to race grudge match-style in nearby Odessa, Texas, where she practiced the skills she learned in class at Bondurant.

“These cars are so versatile,” she says. “They are heavy, but if you hit the brake hard and turn the wheel, the car will stay with you. You can even race them with the air conditioning on.”

Her instructors and classmates at Bondurant will tell you that she's not shy about stepping on the gas pedal.

“She is not afraid to go fast, that is for sure,” Bondurant instructor William Hawkins told DodgeGarage.com.

Before her stable of Challengers, Batteas owned a 2003 Odyssey she bought brand new. Now she’s handing it down to her granddaughter with 200,000 miles on the clock and she’s sure it’s good for another 100,000 or more. The septuagenarian had been eyeing muscle cars but was waffling about buying one when a friend told her that she should go ahead and spend some of her kids’ inheritance. My mom, who is the same age as Batteas, tells me she is spending my inheritance all the time and I say good for her. Live it up.

Run the track and drift in a dedicated 24-point sanitized SRT Hellcat, Demon, or Viper.

What’s not to love about a massive truck with 702 horsepower? As it turns out…