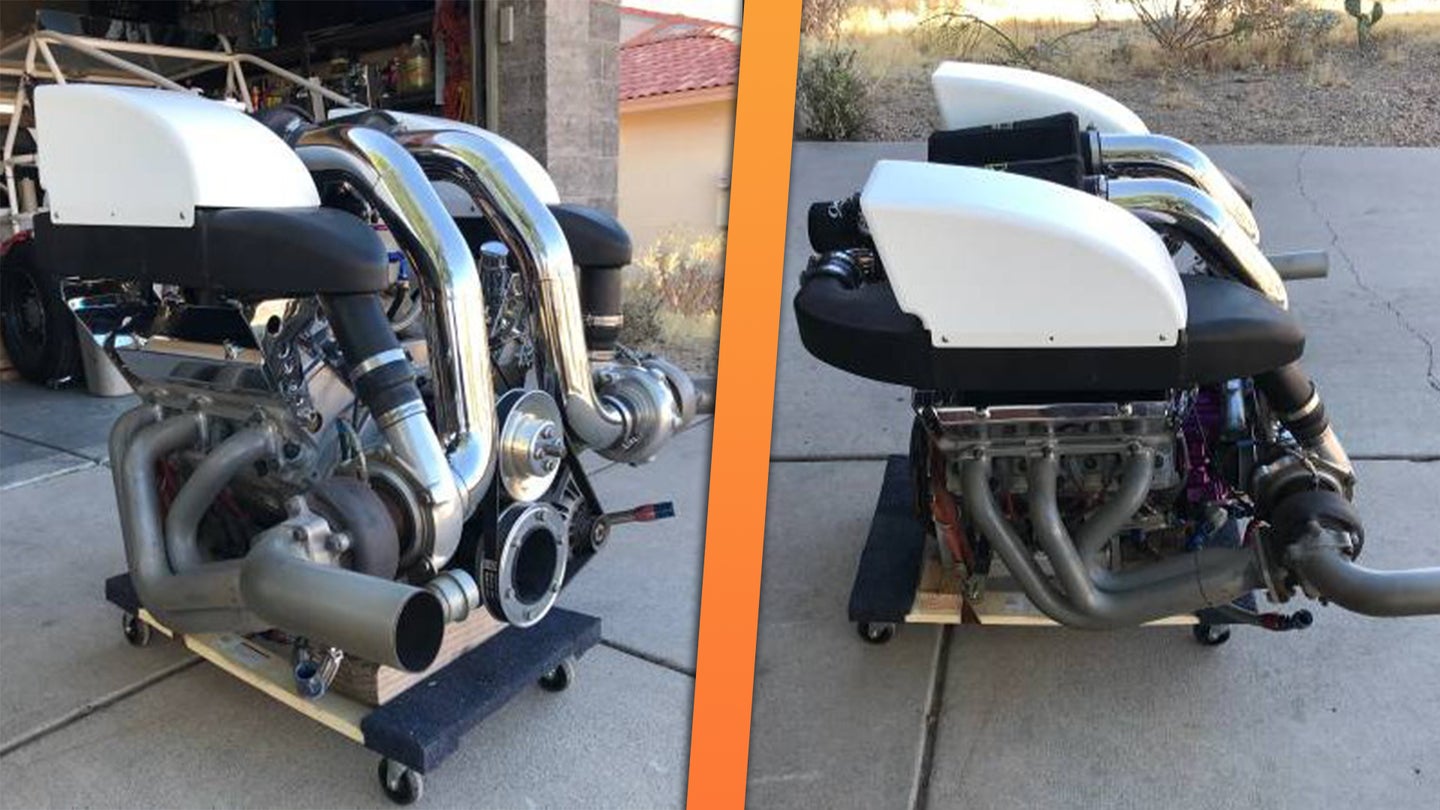 The turbocharged, 3.8-liter Buick V6 is legendary, and for good reason. Even those with "no replacement for displacement" tattooed on their bicep have respect for the boosted six-pot. That's because it embarrassed engines that were bigger and louder during its heyday in the Grand National and GNX, touting 276 horsepower in its most potent form. Back then, that was more than impressive, but now, it's dwarfed by V6 pony cars and even the 310-hp Buick Enclave SUV. No matter, though, because there's an 800-hp, all-aluminum example of the engine up for sale on Phoenix's Craigslist.

For starters, this engine wasn't built by just anyone. As Hagerty points out, Duttweiler Performance and TA Performance teamed up to construct the power plant, which was once fitted in the current seller's sand buggy. TA is known for tuning Buick engines as well as its development of aluminum heads and blocks—as you can see, some of its best work is on display here. There are also improvements to the engine's cooling system, which contribute to its overall improved capacity for handling big power.

Both the bore and stroke have been increased on this engine to 3.940 and 3.625 inches, respectively. As a result, displacement now measures 4.3 liters. A Crower billet crankshaft and CP pistons do their part in power-adding, while a rush of air comes from the twin turbochargers. There are apparently two stages of tuning, the first of which pushes 15 to 18 pounds of boost and leads to 600 hp at the wheels. Bump up to the more powerful tune, though, and you'll be holding on for dear life with 795 horsepower on 110-octane fuel and 29 pounds of boost.

This engine was even featured in Hot Rod when it was newly minted in 2006. According to that article, it cost $40,000 to build with around $25,000 of that being attributed to parts alone. That's a whole lot of money, especially when you consider the Buick Grand National didn't cost that much when new, even after being adjusted for inflation.

The seller explains that they're swapping out the high-dollar V6 for a simpler LS2 V8, which can make similar power more reliably, and for less money. It's hard to blame their logical reasoning, but we hope the gem of an engine ends up in an equally nutty project car.