Sell Everything and Buy This 1952 Buick Riviera 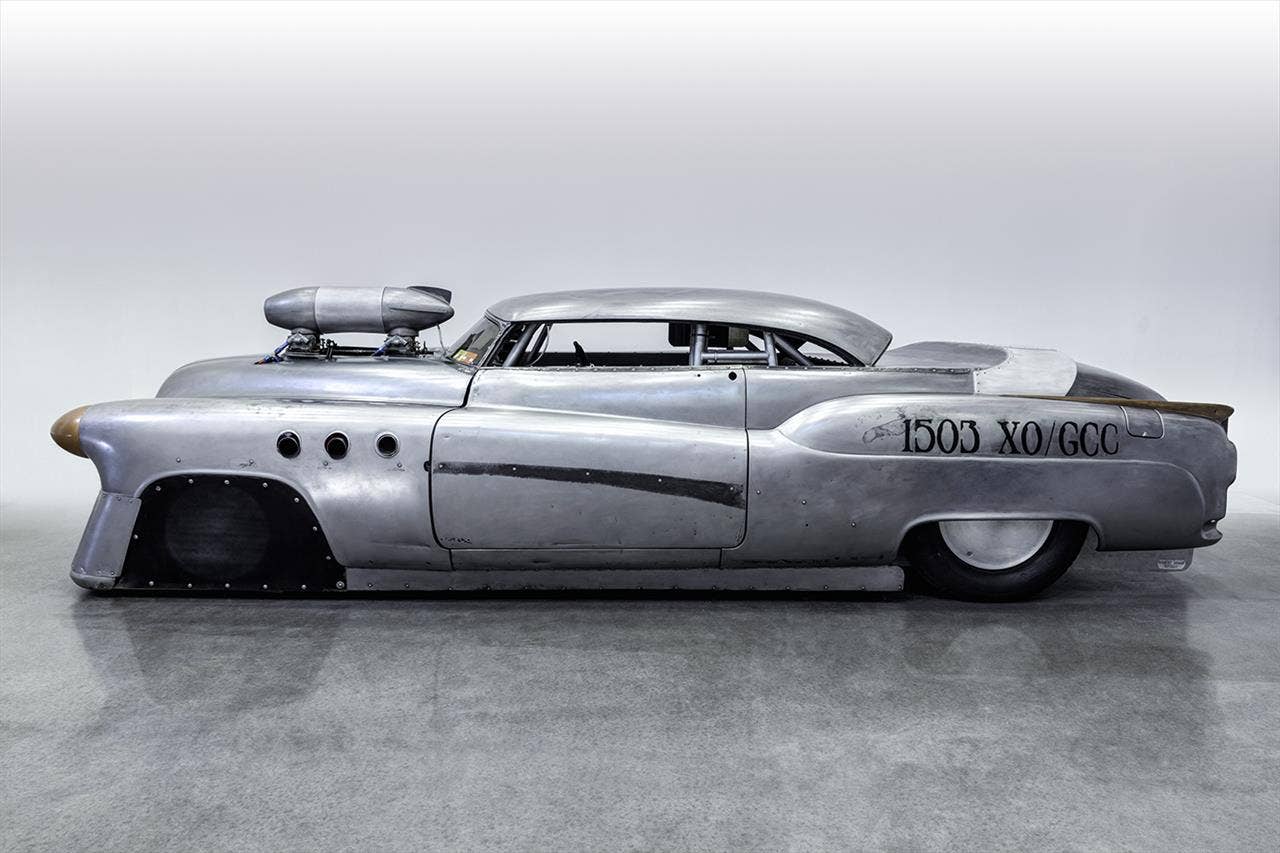 This is “Bombshell Betty.”

It is, at least ostensibly, a 1952 Buick Riviera. Except the front end is from a 1968 Chevy Van, a solid-mounted 11-inch axle. And the back is salvaged from a 1973 Ford Thunderbird, with a nine-inch rear and 2.73 positraction diff. Under the hood is an old 320 cubic-inch straight-eight. That’s bored over, running 11:1 compression pistons, a solid lifter cam, and 750cfm race carb. Power goes through a vintage Borg Warner four-speed. The wheels are custom, the tires are monstrous. Decked doors, eight-inch chopped top. Look at that exposed steel body; it’s streamlined and industrial and overtly dystopian, like Buckminster Fuller cobbled together something for Max Rockatansky after a taking down a magnum of gin.

The car is, in a word, perfect.

It’s also for sale. The ask on DuPont Registry is $195,000, approaching new McLaren or used McMansion money. But there’s a kicker. According to the owner, award-winning photographer Peter Lik, the Buick has set or broken no less than six land speed records at Bonneville. Not that it matters, really. Bombshell Betty is functional sculpture, the sort of purchase that makes you not a car collector, but rather a patron of the arts. All of your things are replaceable. Sell them, and buy this car.