The NHRA Pro Stock racer has had it since he was a teenager. 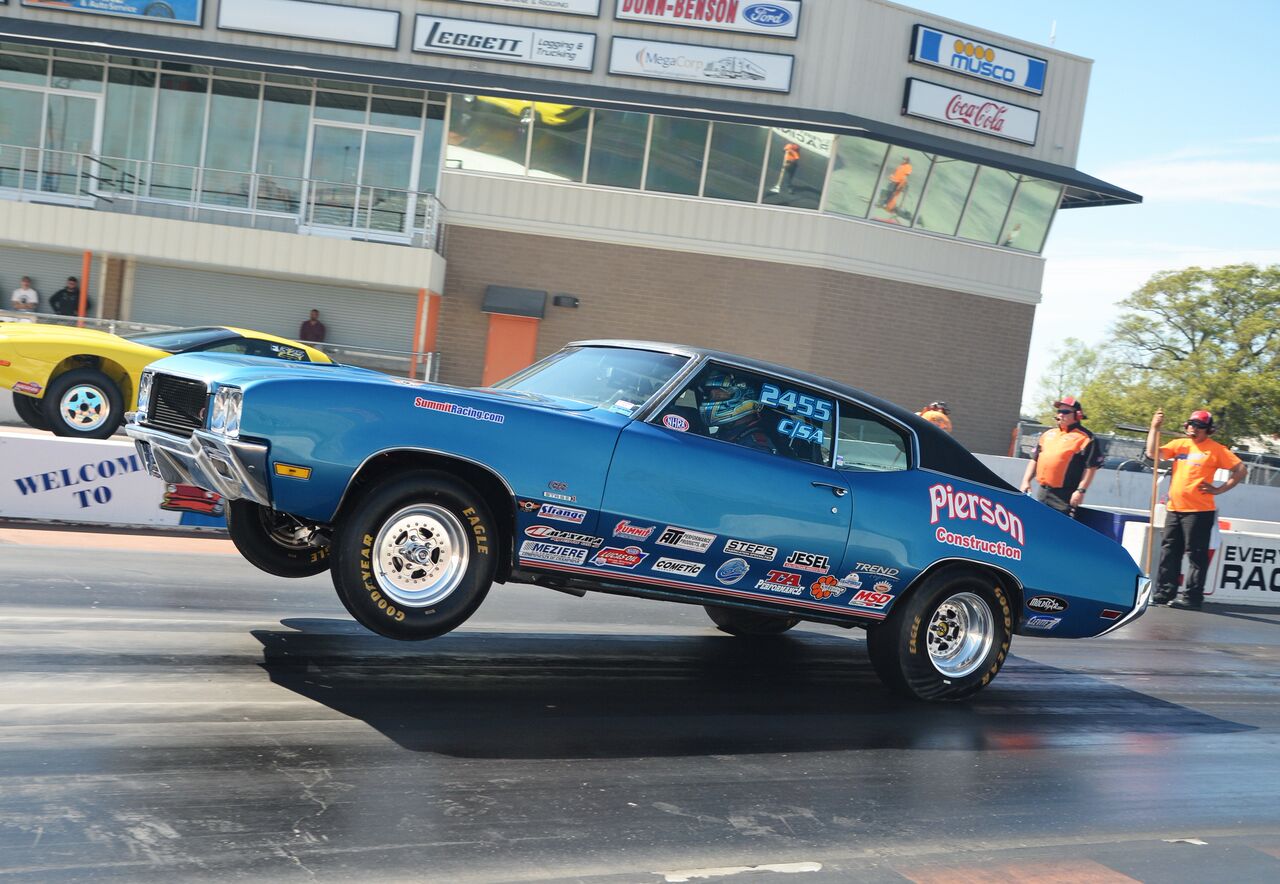 So what does Line do when he isn’t drag racing for a living?

Line, 42, drives the Summit Racing Chevrolet Camaro Pro Stock car at work, but a few days ago, during a rare free weekend, he dusted off the 1970 Buick Gran Sport that he has had, and raced, since he was a teenager back in Minnesota.

Now living in North Carolina, he took his car to nearby GALOT Motorsports Park in Benton, where he qualified the C/SA Buick first in the Stock Eliminator class. "I really like working on my own car, and I had done some work to my Buick and just wanted to see how fast it would go," said Line.

It goes pretty fast, making a 6.317-second pass on the eighth-mile strip (he was top qualifier in the last NHRA Mello Yello race at Las Vegas, where he ran 6.673 at 205.73 mph in his Pro Stock Camaro, but that's in a quarter-mile). He made it to the finals, where he lost to Jeff Adkinson’s 1969 Camaro.

Still, a good time was had by all at GALOT, which apparently stands for Get A Load Of This.

“What a great weekend. We loved the facility, and everyone there was super nice,” said Line, who was joined at GALOT by wife Cindy, daughter Emma, and son Jack. “The best part of the weekend was being there with my family. My boy was so excited that he told his mom he would have to miss his Friday night dodgeball game because we had to get the Stocker ready to go. I love cars, and this is something Jack and I can do together. He’s been surrounded by it forever, but this is a chance for him to really start at the beginning and see how it works. As a father, to be able to work on an old muscle car with my son, it’s really special.

“Before the final, Jack looked at me and said, ‘Dad, this is the most fun I’ve ever had. We should do this every weekend.’ This was so fun, my kids were so excited, and it was one of my favorite days ever going to the racetrack.”